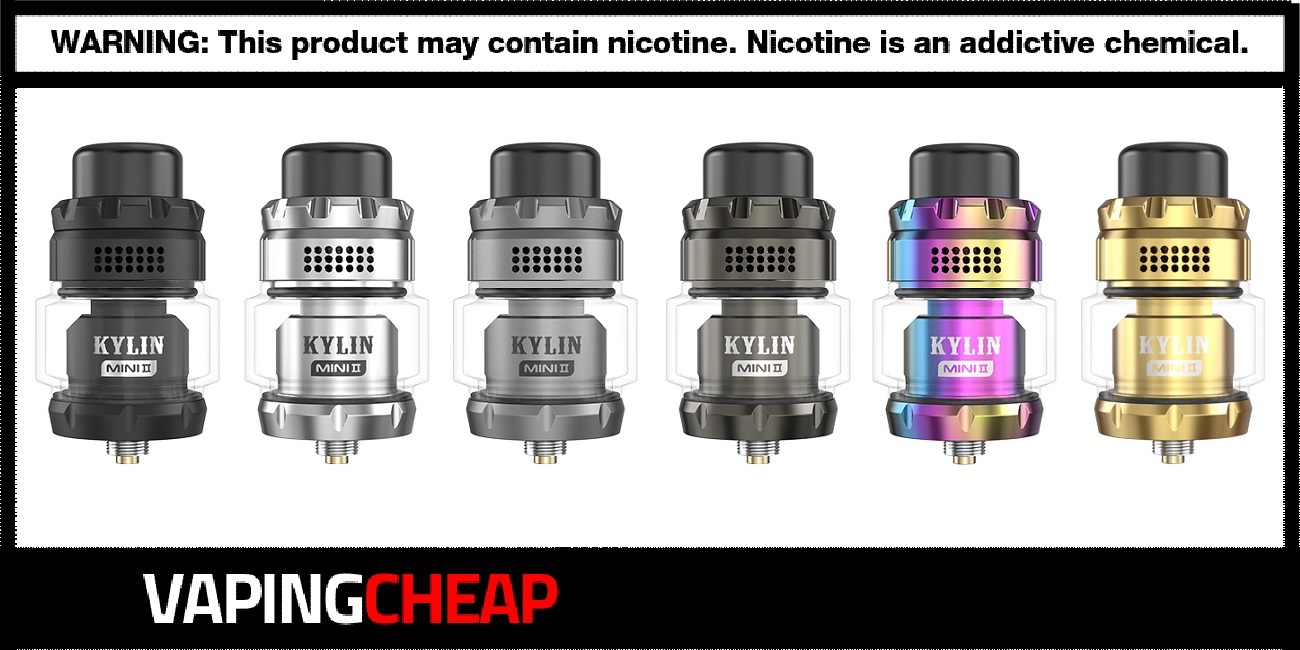 The improved Vandy Vape Kylin Mini V2 RTA is now on sale! Buy yours as cheap as $19.69. No discount code required. It’s now back in stock at a USA based store for $30.59 using code “TENOFF“. There are six different color options available.

Vandy Vape’s Kylin Mini V2 RTA has a ton of unique features, but let’s cover some quick facts. Its overall diameter is 24.4mm, so it’s slightly larger than the original. In addition, it has a maximum e-juice capacity of 3ml with the straight glass or 5ml with the large bubble tank. That’s quite a lot for a single coil atty, that’s for sure. Even when it needs to be refilled, it will take you literally no time thanks to its top filling system.

Next up is the build deck. The Kylin Mini V2 RTA by Vandy Vape utilizes a U shaped deck, with each side of the coil going in opposite directions. This makes building and installing the coil on it quite easy, and allows for perfect coil placement – right under the row of honeycomb airflow holes.

Speaking of the airflow, it features an adjustable top airflow design, which do feature a honeycomb style as well. The tank itself has two large airflow slots and the adjustable ring has two sets of holes giving you a ton of different variations to try. Lastly, you won’t be getting any leaking with this design plus it’s super smooth!

The Kylin Mini V2 RTA by Vandy Vape is an awesome choice for you vapers who enjoy single coils. When comparing it to some other RTAs, it simply offers unique features that you wouldn’t see elsewhere. This includes the 270 degree airflow system and a U shaped build deck. On top of that, you can get this tank on sale for under $25!