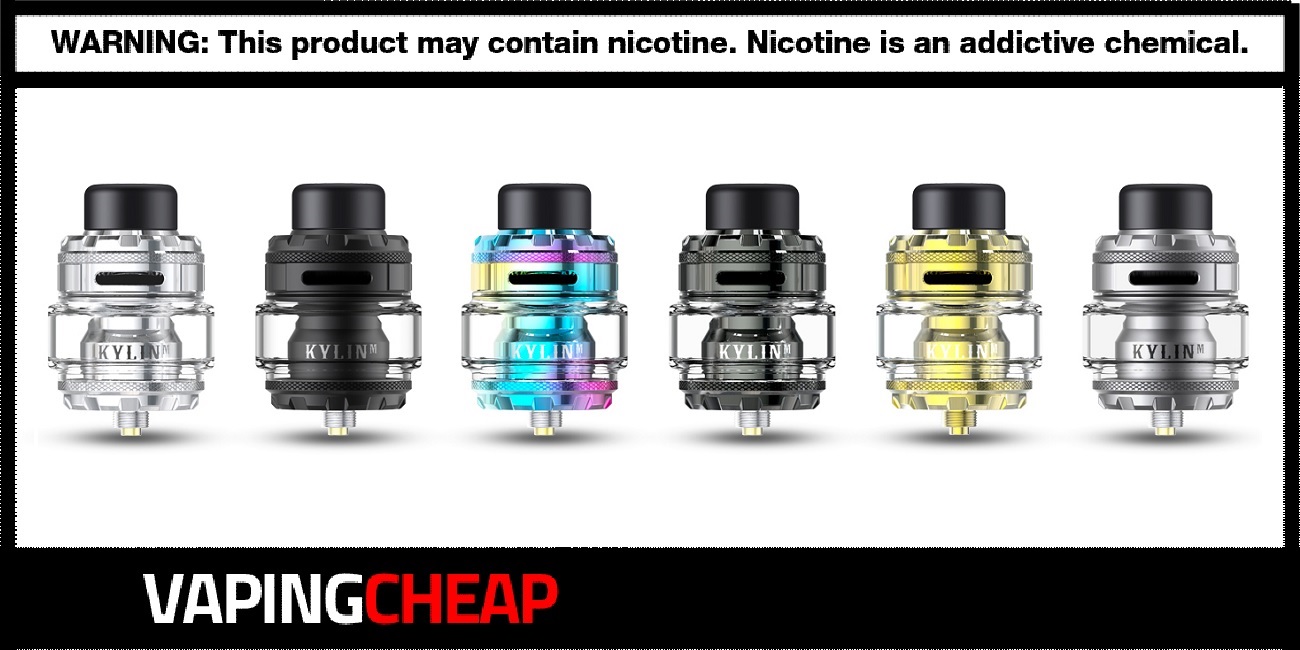 Here are cheap deals and discounts for the Vandy Vape Kylin M Pro RTA. Buy this tank for just $31.99 after using the code “VVKMP“. There are six color options available including Black, Gold, Rainbow, Gunmetal and more.

Vandy Vape’s Kylin M Pro RTA is a newer and more improved version of the original Kylin M RTA, which was already quite popular for many reasons. This Pro version is primarily constructed from stainless steel material and has a wide bore drip tip pre-installed. In addition to that, it has a base diameter of 24.2mm.

What’s great about this tank is that you won’t have to fill it often, and that’s thanks to the massive 8ml e-juice capacity. However, when you do need to refill, it can be done from the top, which makes it super quick and easy to do.

Another great feature is the build deck. It’s a two post mesh coil build deck, so installing your favorite mesh wire or coil is also easy. The Kylin M Pro RTA is equipped with an adjustable top airflow design, which allows for not only a smooth draw, but a leak free experience. Lastly, the Vandy Vape Kylin M Pro RTA has a gold-plated 510 connection pin.

Fans of the original or those who enjoy primarily using mesh in their rebuildables will definitely want to check out the Kylin M Pro RTA by Vandy Vape.