Uwell’s latest pod system, the Caliburn G Kit, is the newest addition to the Caliburn line. It has an internal 690mAh battery that can be quickly recharged using a USB Type-C cable. Although it shares a name with the original and beloved Uwell Caliburn, it does offer some key differences like the charging as example. However, just like the previous, it still keeps the slim and highly portable design.

If you’re wondering about the power, the Caliburn G offers a maximum wattage output of 15w. Great for both mouth to lung or restrictive direct lung vaping. On the body of the Caliburn G Pod Kit, you will find a large circular firing button.

One of the many great features this pod has is that if you press the firing button 5 times, it locks and prevents any auto firing. Besides the button, it also has draw activation. 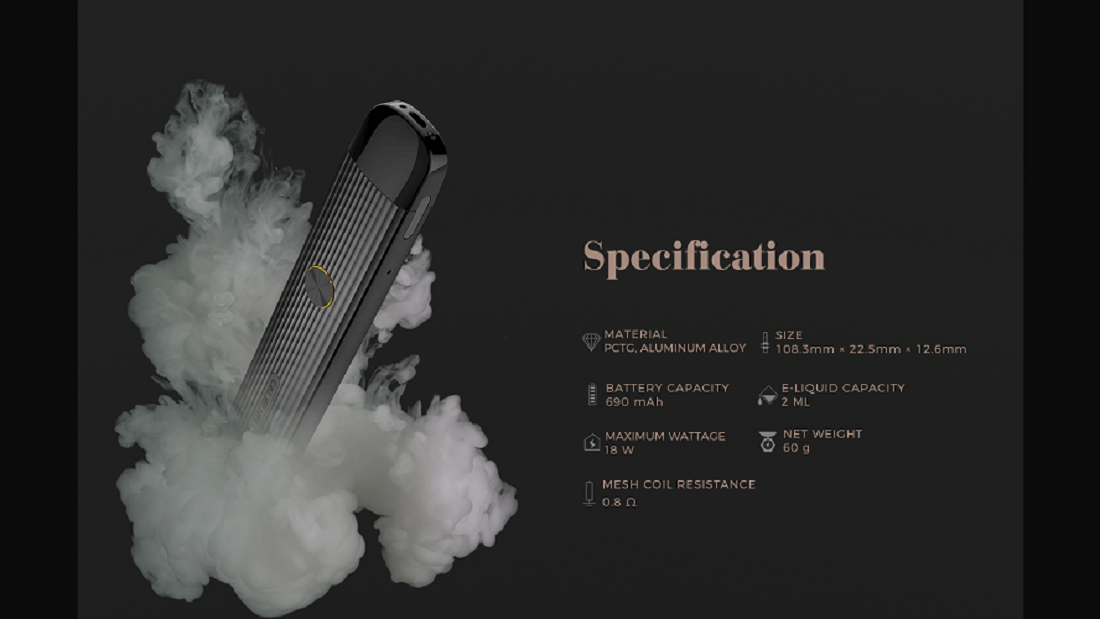 The brand new Uwell Caliburn G Pod System Kit comes with one refillable pod. This pod has a maximum e-juice capacity of 2ml and has a top fill design. This makes the fill process quick and easy.

It’s compatible with the new Uwell Caliburn G coil heads and two of them are included in the box. The unique airflow design is where this kit differs from other pod systems, that’s for sure.

There’s a small airflow hole on the bottom of the pod and on the side of the device. If both holes are matching, it’s a restricted direct lung vape. If you prefer a mouth to lung airflow style, simply take the pod out and turn it the other way. Lastly, the Caliburn G pod cartridge features an ergonomic mouthpiece.

Fans of the original will definitely want to get their hands on the Uwell Caliburn G Pod System. It’s definitely an upgrade from the original, but quite different when comparing it to the Caliburn Koko. That one was definitely an update, where this version is the next step up. Either way, it’ll be a favorite by many vapers.

Rebuildable Dripping Atomizer For a limited time only, the new Wotofo Elder Dragon RDA is on sale right here for only $27.54 using coupon code “Hardware”![…]

The history of the cigar box guitar

Why You Shouldn’t Smoke During the Coronavirus Outbreak