The Complicated Future of Premium Cigars 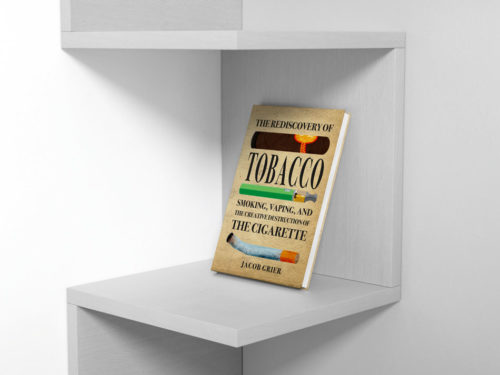 I never expected to like cigars, much less write about them. When I sampled my first cigar, I had never smoked anything at all. I was more of a coffee person, and it was while I was working in a coffee shop that one of my regulars convinced me to try one. Regarding both coffee and cigars, we talked about the varietals of the plants, their countries of origin, and the ways they were grown; the spectrum of cigar wrappers mirrored the roast profiles of coffee beans. I took to it right away, and soon we were meeting every Sunday to enjoy coffee, cigars, and books together. My personal discovery of cigars occurred simultaneously with the rise of smoking bans in the United States. We were content to smoke in the few places allotted to us: outside on the patio when the weather was good, in the back of a smoke-friendly gastropub when it was not. But the bans extended ever further, to bars, patios, beaches, parks, city streets, and sometimes to private homes. My initial interest in cigars led to more than a decade of writing about the rise of the illiberal anti-smoking movement. This movement relies on the demonization of nicotine and tobacco, alarmist media coverage, and indifference to the freedom of consumers. The argument for the ceaseless expansion of smoking bans was made by shifting away from plausible scientific claims to more fantastical fare. In one particularly egregious study, ideologically committed researchers claimed that implementing a smoking ban could slash heart attacks by 60 percent in just six months. Anti-smoking groups asserted that just 30 minutes of smoke exposure is potentially fatal. The media ate it up, amplifying these allegations to a worldwide audience. 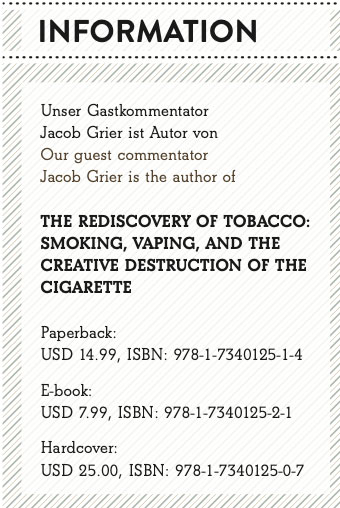 It took years for better research to emerge, but once health economists completed more rigorous studies, the dramatic effects all but disappeared. This, along with other research, deflated the alarmist claims made by antismoking activists, but the damage was done. In the United States, regulation by the Food and Drug Administration (FDA) is an additional threat to smokers’ freedom. Thankfully, the FDA has been hesitant to dedicate its resources to interfering in the premium cigar industry. Doing so would rightfully be seen as a waste of time and money. If we are lucky, premium cigars may win a reprieve from the FDA’s extremely burdensome review process. There is another danger lurking at the FDA, however. Some within the agency wish to mandate near-zero nicotine content for cigarettes. If the absence of nicotine drives some cigarette smokers to switch to cigars, the agency might then extend the rule to stogies, too. The FDA is already considering this possibility and anti-smoking groups are actively encouraging it. If this occurs, then cigars as we know them will be prohibited throughout the United States. These are sound reasons for a cigar lover to be pessimistic about the future of tobacco, especially in the United States. Yet there is justification for optimism, too. In my recent book, The Rediscovery of Tobacco, I suggested a path toward a better future. The development of lowrisk products like e-cigarettes and snus has the potential to finally end the market domination of the cigarette. With that massively lethal product in retreat, society may once again become receptive to the idea of smoking for pleasure. The anti-smoking movement seeks to completely end nicotine and tobacco use. If history is any indication, they will ultimately fail. In the future, most nicotine use may come in the form of non-combustible products, including many that do not contain tobacco at all. But there must also be a place for the genuine article. Those of us who smoke cigars know that their pleasures cannot be replicated by an electronic substitute. Although we will likely never go back to the days of smoking on airplanes or in every bar and restaurant, respect for smokers’ liberties demands that we must always possess the freedom to buy authentic cigars and have spaces in which to enjoy them.

DynaVap Omni Vaporizer 2021 Review. Is it better than before?

Are Cigar Ashes Good For Plants?