Home » Cigar » The Cigar: A Second Edition to Lead you from Soil to Soul
Cigar

The Cigar: A Second Edition to Lead you from Soil to Soul 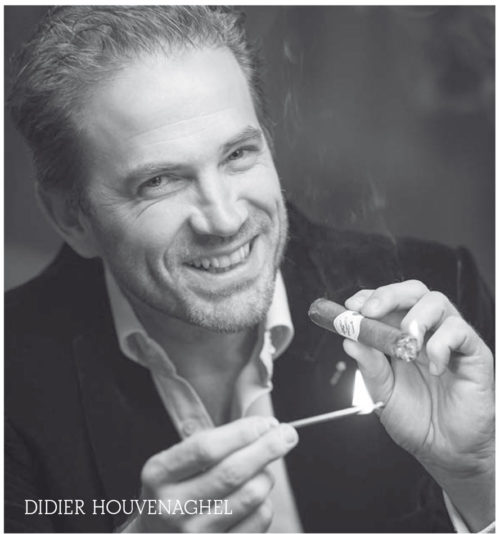 Didier Houvenaghel sees the air travel restrictions due to COVID-19 as a breathing point. It has given him time away from a normally very busy schedule that includes managing his cigar brands, hectic international travel, and the demands of a young family, to put the finishing touches on the second edition of The Cigar, From Soil to Soul. The concept of the first edition began to form in 1999 and was first published in French in 2005; an English version ensued in 2008. Following the first edition, he amassed an encyclopedic amount of content, and this no-fly, stay-at-home period provided him valuable time to refine the reflections he has been steadily working on since 2017. Houvenaghel’s scientific approach to the first edition and subsequent edition stems from his early career. Via a Zoom session from his home in Singapore, he relays that as an agricultural engineer graduate from Belgium, he soon found himself traveling in Latin America in the late 1990s and eventually doing post-graduate study focusing on black tobacco and sugar cane at Hermanos Saíz Montes de Oca University in Pinar del Río, Cuba. His first edition acknowledges the input of two of his professors in Cuba for the agricultural chapters of the book. In 2000 and 2001, he found himself exploring Nicaragua and discovering Nicaraguan tobacco, which eventually led to the launch of his cigar brands Nicarao, La Ley, Furia, and La Preferida, now produced in partnership with A.J. Fernández.

He admits that he is well-known in the French-speaking cigar community, as the first edition was first published as a hard-cover book in French, however the English-speaking cigar world is less aware of his work. “The subsequent English translation was a paperback version, and not one I was particularly proud of,” says Houvenaghel. These copies were thus not promoted and instead handed out to distributors and passionados at trade shows such as InterTabac and other cigar engagements. The Cigar, From Soil to Soul’s second edition will include the seven chapters from the first edition and three new chapters, taking the first edition’s 168 pages to approximately 400 pages. “The new content includes a chapter exploring a scientific approach to cigars focusing on combustion and the chemical and biological content of cigar tobacco and draw mechanics,” explains Houvenaghel. “One chapter is dedicated solely to the appreciation of cigars from a passionado’s perspective, discussing the simplicity of enjoying taste and aroma.” Subsequent chapters deal with cigar conservation and aging, critical sensory evaluation, and cigar defects. The new edition, to be published initially only in English, was motivated by a lack of science-centric discussion on cigars. “I was fed up with ‘experts’ not knowing what they’re talking about or being heavily biased by brands, terroir, and history,” clarifies Houvenaghel. “My desire to write and share is born from the lack of books that give insight into the methodology of taste identification and genuine understanding. This second edition will give readers the tools to develop their own truth. My books might have some mistakes, but they are completely neutral and bring a scientific, skeptical approach to understanding cigars. Both editions are meant as a legacy to further the discussion.” 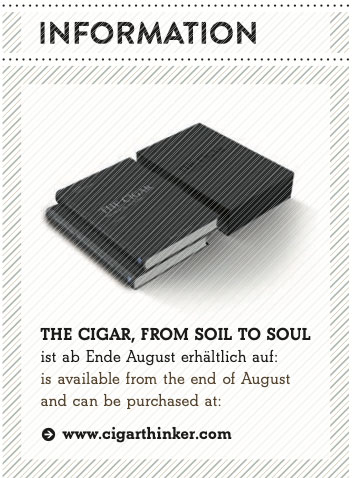 “In my writing, three concepts I adhered to were neutrality – that no brands were mentioned – that it was highly scientific but clearly written, and that it would feature independent chapters that could be read like any other non-fiction body of research,” he tells me. “Chapters can be skipped and read independently, allowing readers to explore topics at their own pace, which ensures the book will be enjoyable and easy to digest.” Didier’s sister Gaëlle illustrated the first edition; however, the new edition draws on four artists from Ukraine, Malaysia, and Indonesia who contribute scientific, botanical, and portrait-style illustrations. “Every single drawing required a full page of briefing notes to guide the illustrators. I seriously underestimated the amount of time required to create adapted technical and beautiful drawings,” Houvenaghel says. The foreword of the first edition was written by Arsenio Ramos Méndez, a tobacco specialist in the Cuban Ministry of Agriculture, and the second will feature a preface from fellow published author Min Ron Nee. Houvenaghel concedes that he has removed some of the scientific intensity from his writing, while maintaining his goal of furthering the research into premium cigars. “By sharing knowledge, this is my contribution to the cigar world. There is no primary financial incentive to writing a book like this; publishing such a book will bring me joy if someone enriches their knowledge of cigars.”