Rappers have long had official and unofficial affiliations with their preferred luxury lifestyle brands. Busta Rhymes encouraged fans to pass the Courvoisier and Snoop, a long-time Gin and Juice fan, is now the face of 19 Crimes wine. Jay-Z famously moved from endorsing Dom Perignon to Armand de Brignac into his lyrics, then subsequently bought the Ace of Spades brand before recently selling half to LVMH. In the cigar realm Jay-Z launched the Cohiba Comador with General Cigar some years ago, while Busta Rhymes is enjoying plenty of Gurkha Cigars of late.

Nas announced the Escobar Cigars partnership with an Instagram post to his 6.4M followers using an image of him enjoying an Escobar cigar with the caption “Welcome to Escobar Season” and tagging @EscobarCigar

“When the team at Escobar Cigars initially approached me, I was immediately drawn to the brand by the exceptional quality of their product,” said Nas, quoted in Escobar Cigars’ announcement. The rapper recently released his 13th studio album King’s Disease II, the follow-up to his 2020 Best Rap Album King’s Disease. “This partnership with Escobar has been almost two years in the making and I am honored to be an equity partner with them. I am looking forward to growing this brand and to giving back to the local communities in Nicaragua where our tobacco is grown, aged, and hand-rolled into a premium cigar.”

Long-time friends launched Escobar Cigars in 2018 according to the brand’s spokesperson Morgan Smith in a recent blog post. “A match started in Queensbridge (Nas’ childhood neighbourhood in New York) but finalized in Nicaragua, Escobar Cigars and Nas are Relentless Perfection personified,” said Smith. 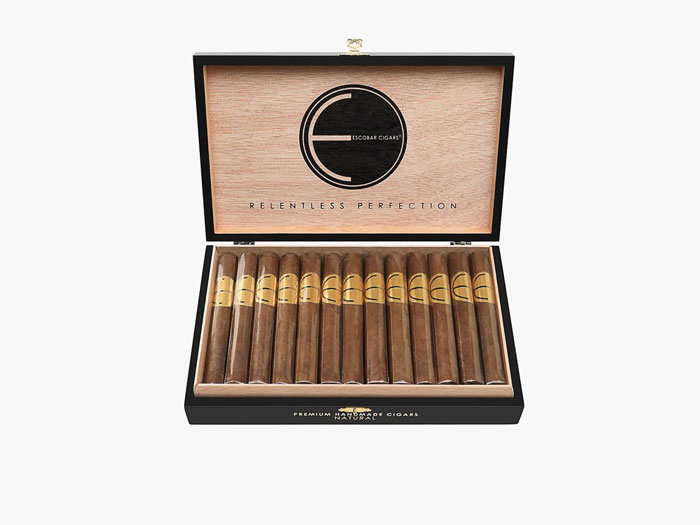 Made in Nicaragua, Escobar Cigars features a maduro and natural blend, with each available in the following size formats and priced between USD$250- $290 for a box of 25 cigars.