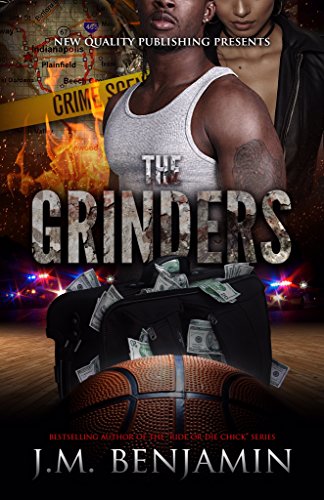 Tameeka Phelps is Indiana bred and loves her city of Indianapolis, aka Naptown. Which is why it was a no-brainer for her when she decides to further her education in her hometown. But when she enrolls in college, academics is not the only thing that occupies her mind and time. Life for Demetrius Grinder, growing up in the second street housing projects, in Plainfield, New Jersey was far from being a fairytale. But with the help of the two most important people in his life, Demetrius stays on the right track. He makes a promise not only to himself, but to his mother and grandmother, that he would not become another statistic. Instead, he uses his God-given skills in basketball as an outlet, earning him a free ride to a Mid Western college and enabling him to experience life outside of the hood. As fate would have it, Demetrius and Tameeka’s paths cross and what starts out as a school crush develops into so much more. As a Superstar athlete, Demetrius can have just about any girl he wants and nearly has. But he gives all of the attention he is accustomed to receiving and focuses on giving all of his to Tameeka. Life as they both know it seem to be that of a dream come true. But soon thereafter, their love is put through a huge test, that leads them down a trail that seems like one big nightmare. Finding their backs up against the wall, Demetrius and Tameeka make some choices that come with severe consequences. No matter the case, They make a pact and vow to see it all through to the bitter end, together.

There are no reviews yet.

Be the first to review “The Grinders” Cancel reply

Added to wishlistRemoved from wishlist 0
Add to compare

Added to wishlistRemoved from wishlist 0
Add to compare
$3.99