Presented in boxes of 16 cigars

The Perdomo Inmenso Cigars Back Story 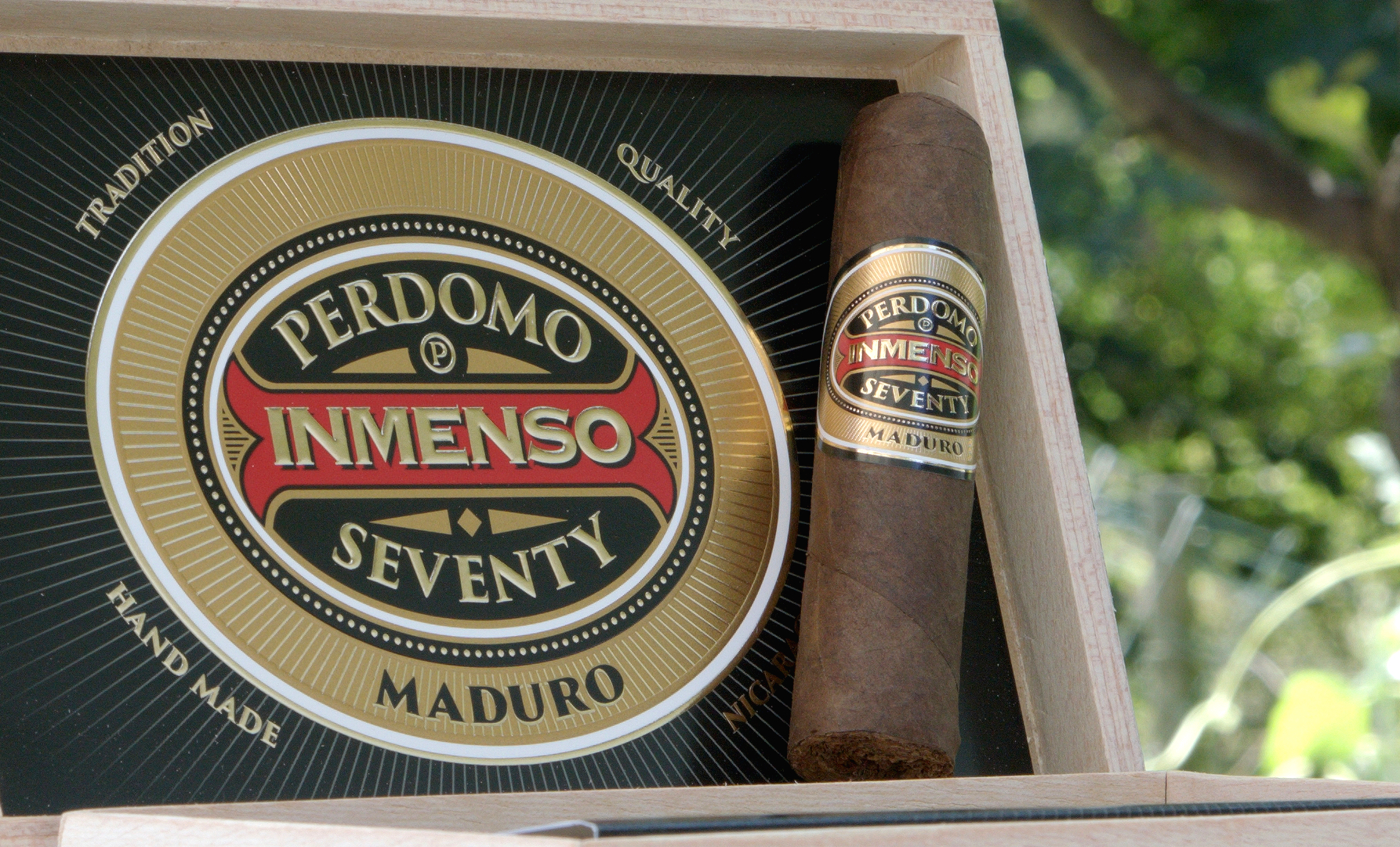 These supersized Perdomo cigars were introduced during the 2000s and way ahead of their time. Back then, most cigar smokers were just getting into more full-bodied blends. So, ring gauges wider than 50, though popular with some, the majority of cigar smokers just weren’t ready for such big cigars. Several decades later, cigar smokers have caught up. Now back by popular demand, Perdomo has come full circle with the Perdomo Inmenso Seventy selection in two blends, Sun Grown and Maduro. Both selections are handcrafted with five-year-aged Cuban seed wrappers, binders, and fillers grown on Perdomo’s Nicaraguan estate farms in three frontmarks: Churchill (7”x70), Epicure (6”x70), and Robusto (5”x70), all presented in boxes of 16 cigars. 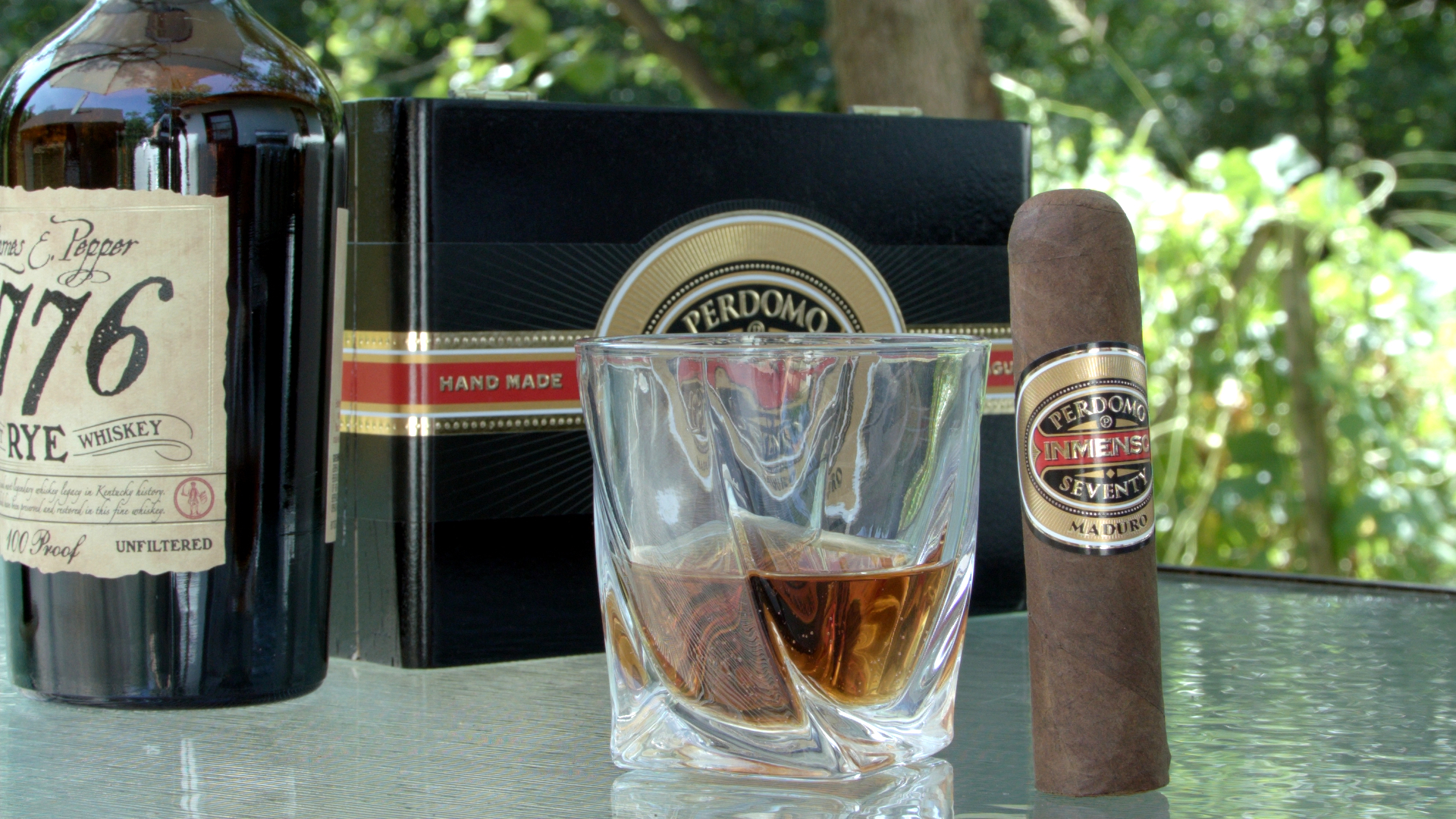 Construction: The cigar is well packed and shows no soft spots. The wrapper is clean, seamlessly rolled, and finished with a triple cap. As I noted in the video, you can get away with a typical double blade cutter, but a 60-ring and larger cutter is recommended.
Cold Draw: Leathery.
Base flavors: Earth, nuts, spice, leather, oak, raisiny sweetness.
Aroma: The wrapper has a sweet hay scent, while the foot is spicy, and the smoke itself is somewhat sharp.
Burn & Ash: A three or four jet torch will get you there most efficiently—and make sure you get all of the foot. Once lit the cigar burns as even as it gets. The result is a very firm grey ash that hangs on a long time, and when ashed reveals a virtually perfect cone. 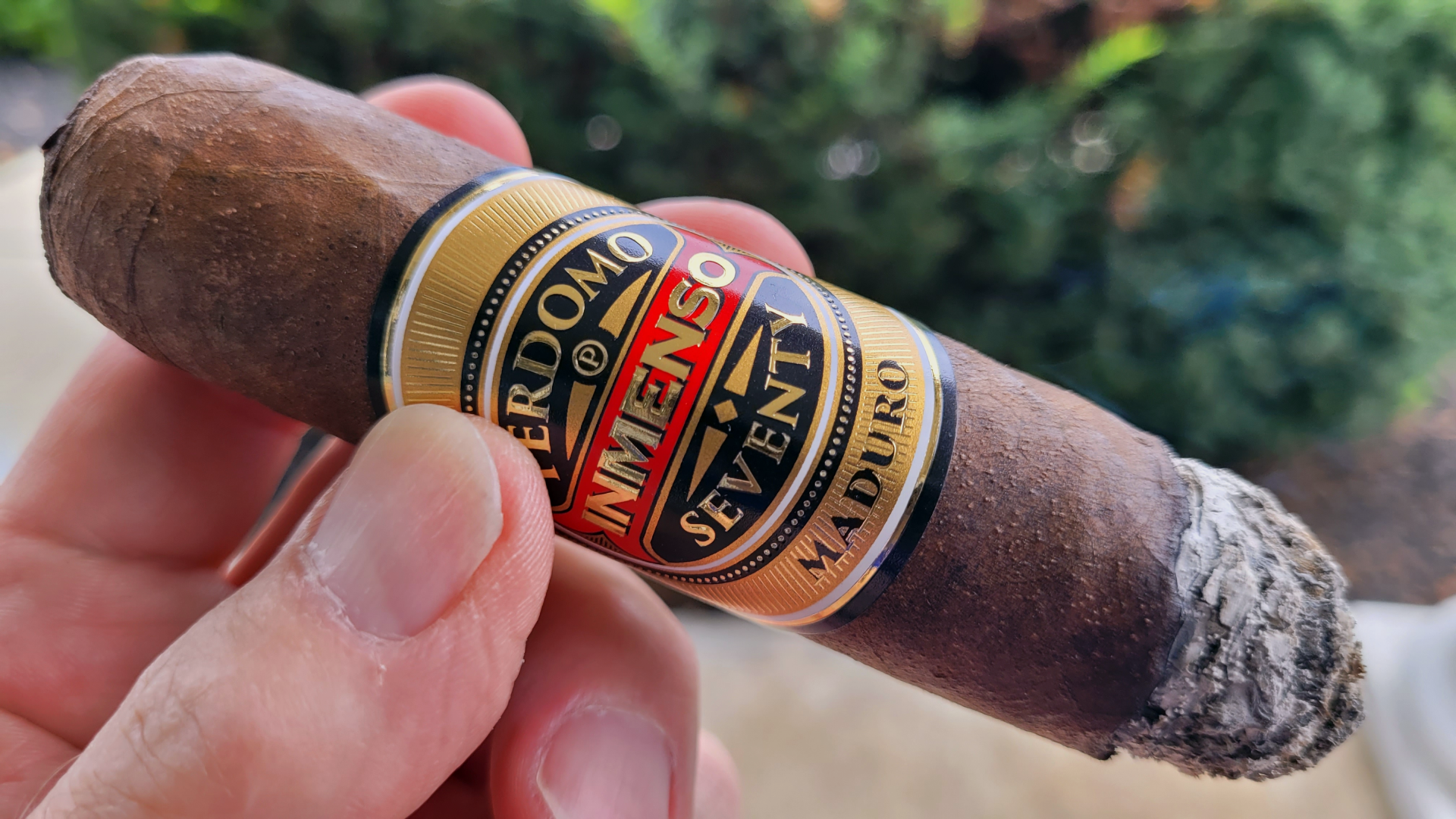 First things first. If you’re not used to smoking anything much bigger than a 50 ring, the cigar will feel big in the mouth. It did for me because I don’t usually smoke these behemoths, but I eventually got used to it. The first puffs are creamy smooth and border on mellow. The cigar is burning impressively even, too. Up front the flavors are herbal, earthy, and a little sweet.

Smoke draws easily through the head, while also issuing big clouds from the business end. One of the first things that impressed me was, you’d think a cigar of this size would be very full in strength but it’s medium in body at this stage. Flavors of earth and nuts and spice tend to dominate, while leather, oak, and raisin notes begin to emerge. 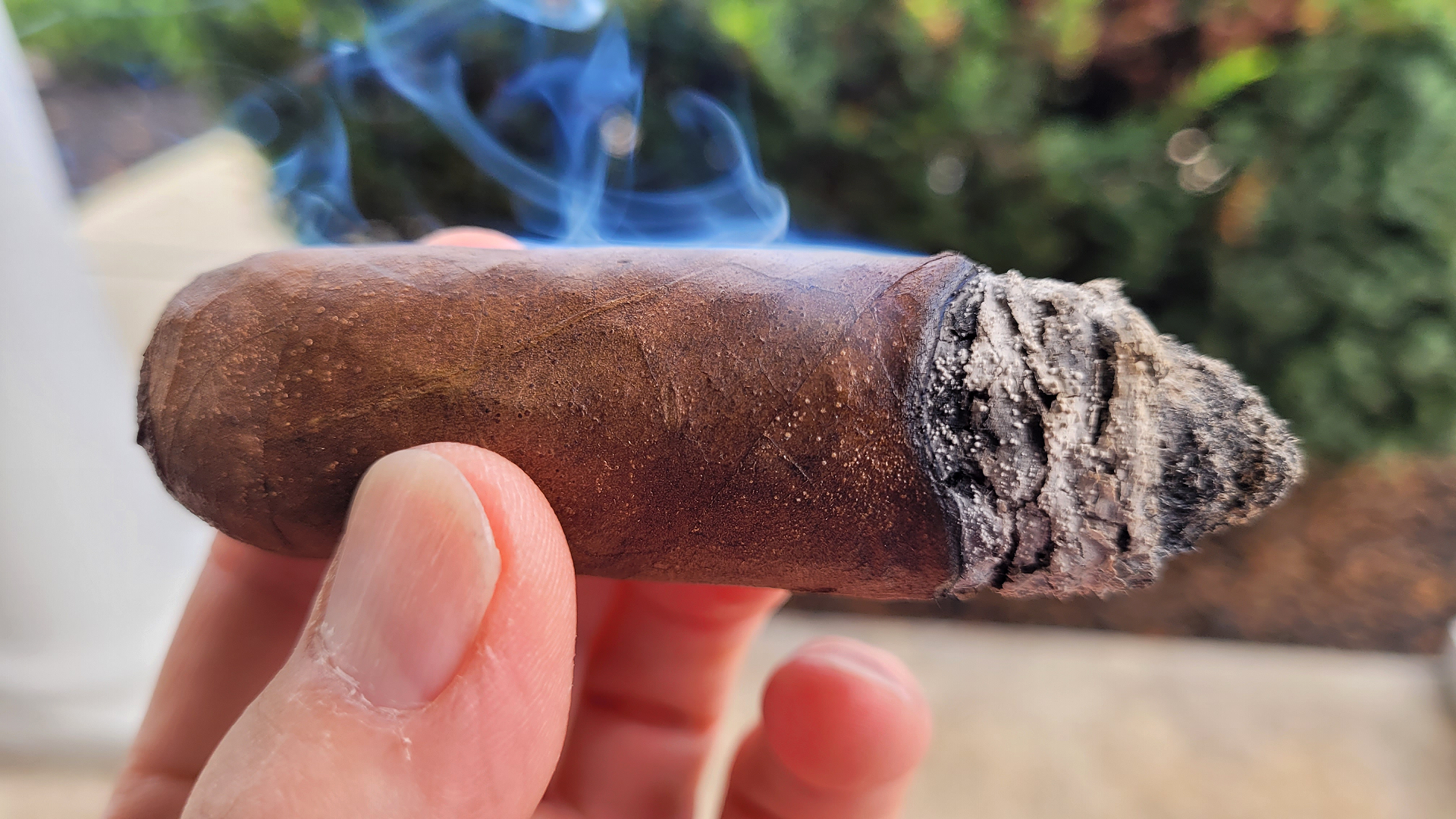 By now, I’ve started to settle in and relax with this cigar. The smoke is still smooth and pretty well locked into that medium body and strength. The cigar continues to burn evenly and at a good pace. The ash is so firm it’s hard to tap or roll off.

I’m also finding this 70 ring Perdomo to be more earthy, nutty, and woody in character than the 56-ring Epicure Maduros I’ve had. The sweetness also exhibits less of a presence. 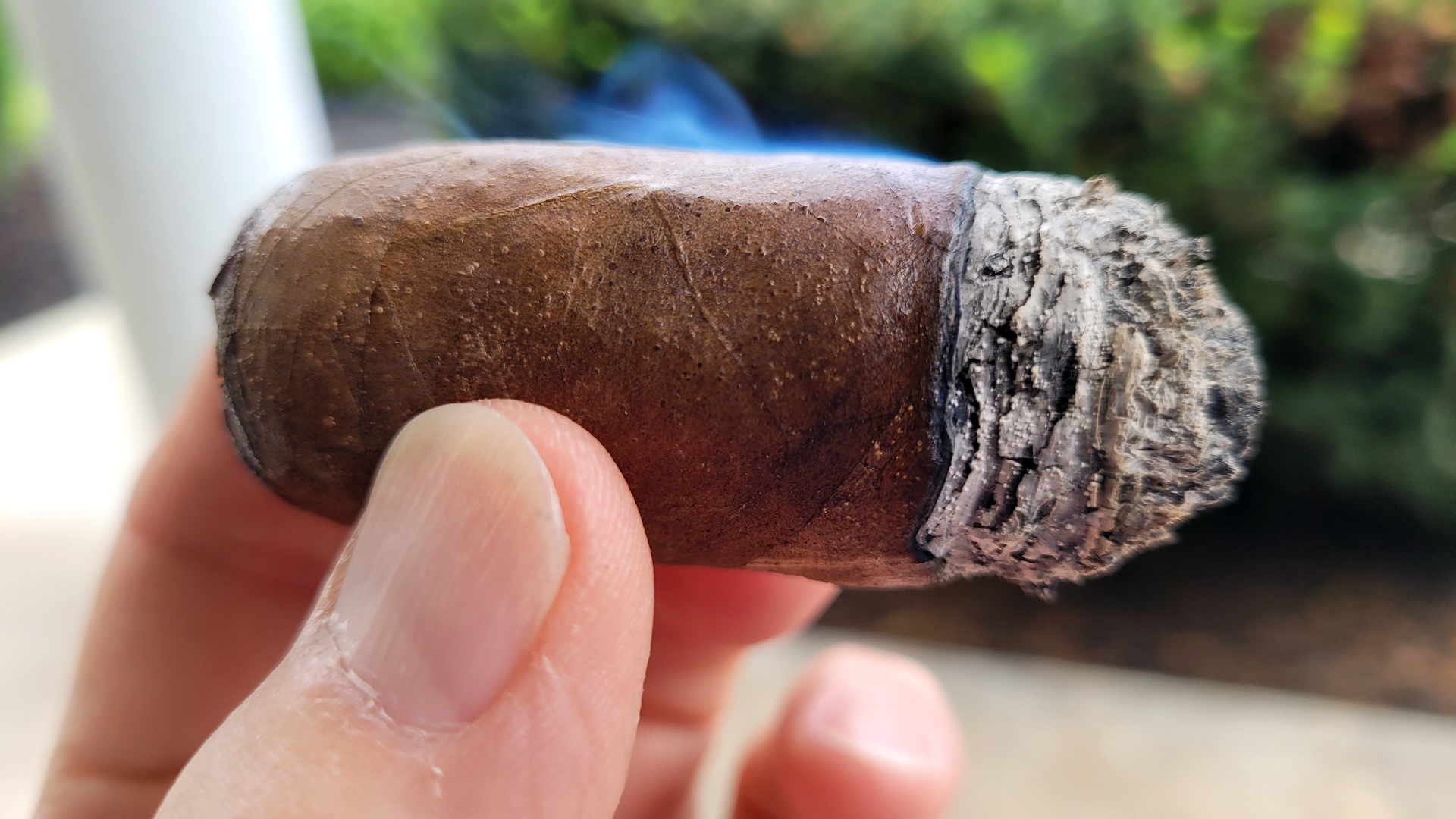 Despite its extra-large dimensions, this Robusto maintains that classic Perdomo flavor profile. The final act is still very creamy and well-balanced, and the body now leans more into the full zone. Moreover, despite that it’s probably carrying more nicotine than other cigars, it’s not heady. I don’t know if less experienced cigar smokers who try it will have a similar experience other than to say, proceed slowly.

What whiskey pairs well with the Perdomo Inmenso Maduro Robusto? 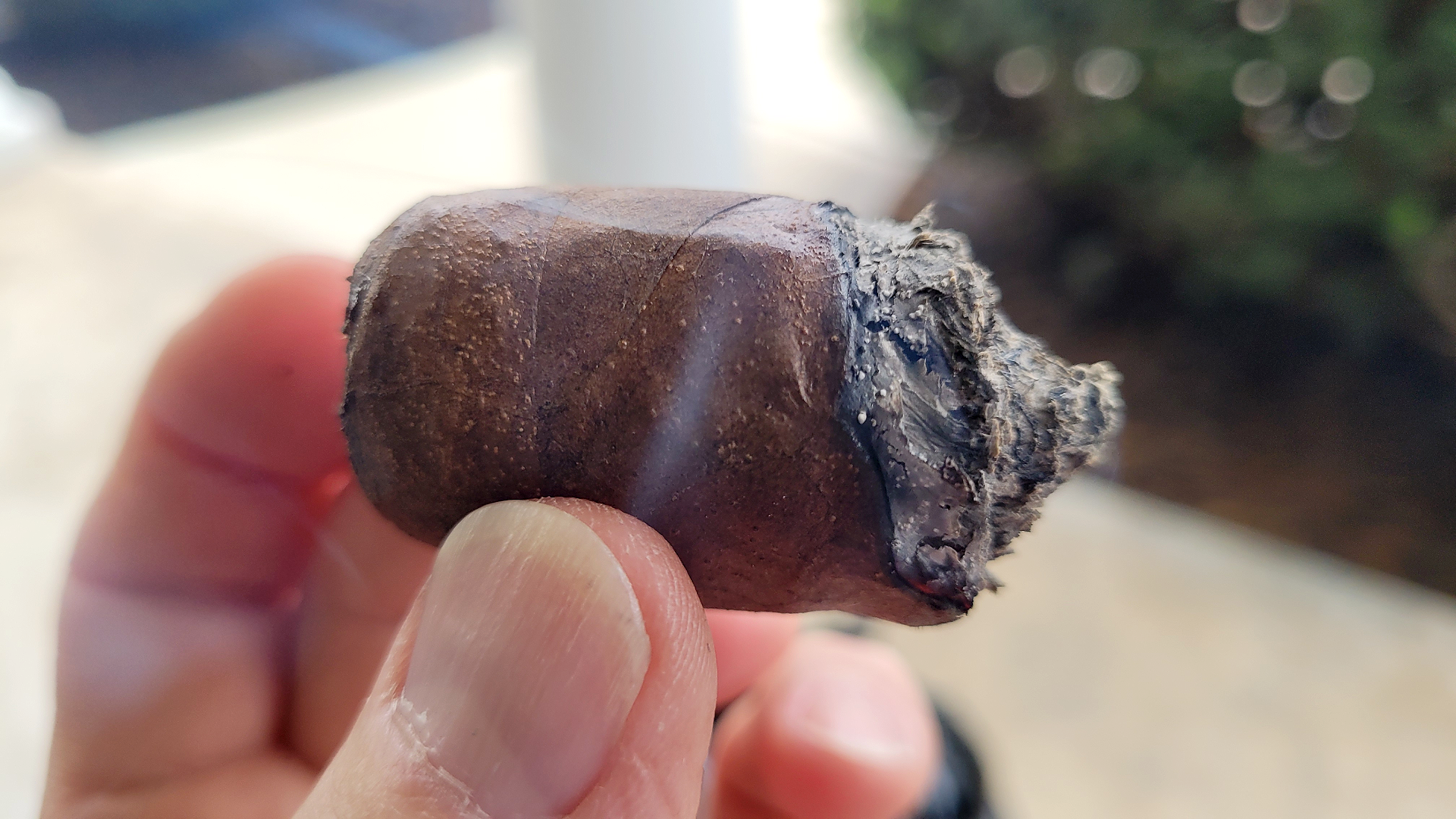 No doubt, the Perdomo Inmenso Seventy Maduro Robusto is for those who truly love smoking the big sticks. And for its size, it comes at a really fair price. A nice selection for kicking back and taking in the whole show uninterrupted, I can also see teaming up with it for a night of poker. You may even distract a few players enough to win a few hands.