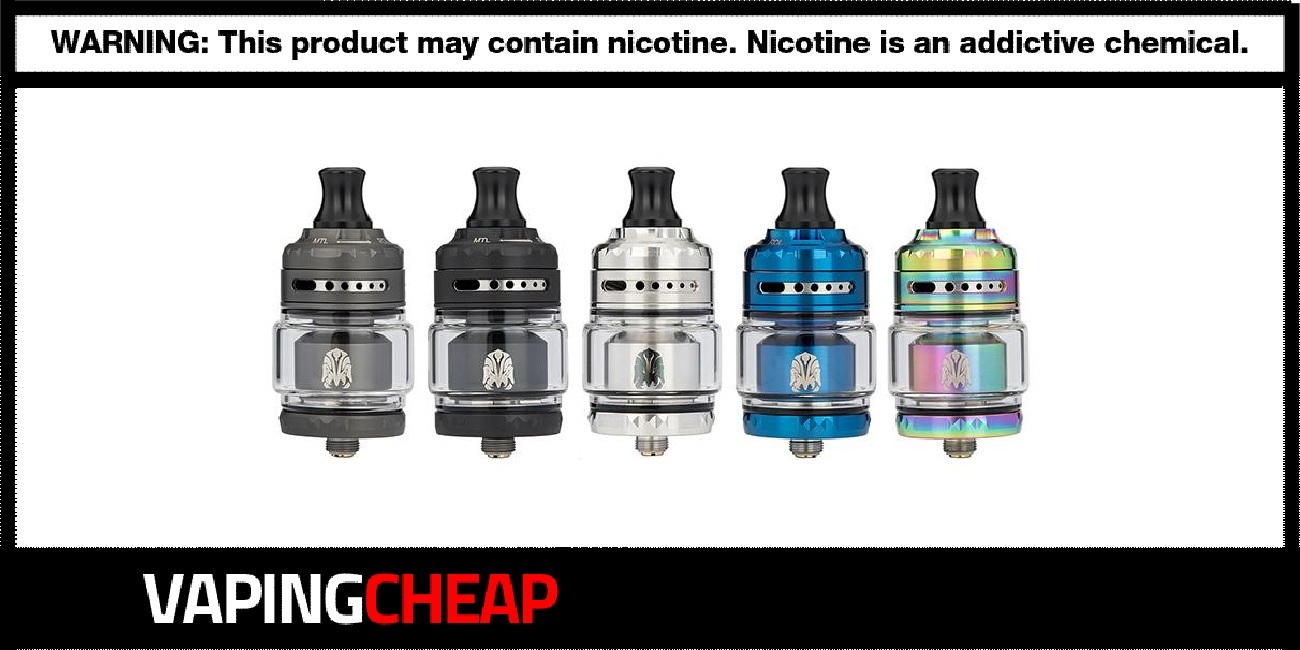 Here’s where you’ll find the best deals and discounts for the OXVA Arbiter Solo RTA. Buy yours for only $20.99 using the coupon “OAST” and logging into your account. It’s finally in stock at a USA based store for only $27.99! No discount code required. There are five color options you can pick from including Black, Blue, Gunmetal, Silver and Rainbow.

The new Arbiter Solo RTA by OXVA shares the same name as the original OXVA Arbiter, but offers some key differences including size and overall design. With that being said, it has an overall diameter of 25mm, making it 3mm smaller than its bigger predecessor. Additionally, it has a maximum e-juice capacity of 4ml with the bubble tank or 2ml with the straight glass. This tank atomizer does sport a top fill design, making it quite simple to fill.

Now, the main difference with the OXVA Arbiter Solo 25mm RTA is the build deck and what it’s design for. Firstly, installing a coil is simple, but it’s catered to a single coil rather than dual.

An amazing feature of the Arbiter Solo is the airflow system. It features a leakproof top airflow system like the original. However, there’s a switch above it (controlled by the drip tip) that allows you to change it from a MTL vape to a RDL vape with different airflow options. With that said, flavor is top-notch and easily one of the more innovative attys thus far to be released this year.

Whether you’re into mouth to lung or restrictive direct lung, you’ll want to check out the Arbiter Solo 25mm RTA by OXVA. It’s got an awesome design that’s different from the rest, just like the original.

Be sure to check out the Arbiter Solo RTA video review

Can I vape in the same house with a pregnant woman? | Vaping Underground Forums

GGTS and other GG parts