Presented in Boxes of 25 Cigars

The Zino Nicaragua Cigars Back Story

In April of 2021 Oettinger Davidoff AG relaunched its Zino cigar selection with a new look, a new blend and a new name, dubbing it Zino Nicaragua. The new line appears to be geared toward younger adult cigar smokers who, “take life as it comes and… ‘Live life from A to Zino.’” (That last part is the line’s slogan.) In other words, cigar smokers who embrace a “lifestyle and a state of mind driven by new experiences, open-mindedness, and an unwavering curiosity,” according to the press release. All this is borrowed from the lifestyle of the brand’s namesake, Zino Davidoff. As a young man Zino loved to travel. He had a fondness for other cultures, and he made friends easily. Zino also had a great sense of style, a penchant for living in the moment, and appreciation for the finer things in life. All of these things provided the image of the Davidoff brand as we know it today, and the Zino Nicaragua cigars selection is an extension of that. To sum it up in a few words, the brand is bright, colorful, and intriguing. 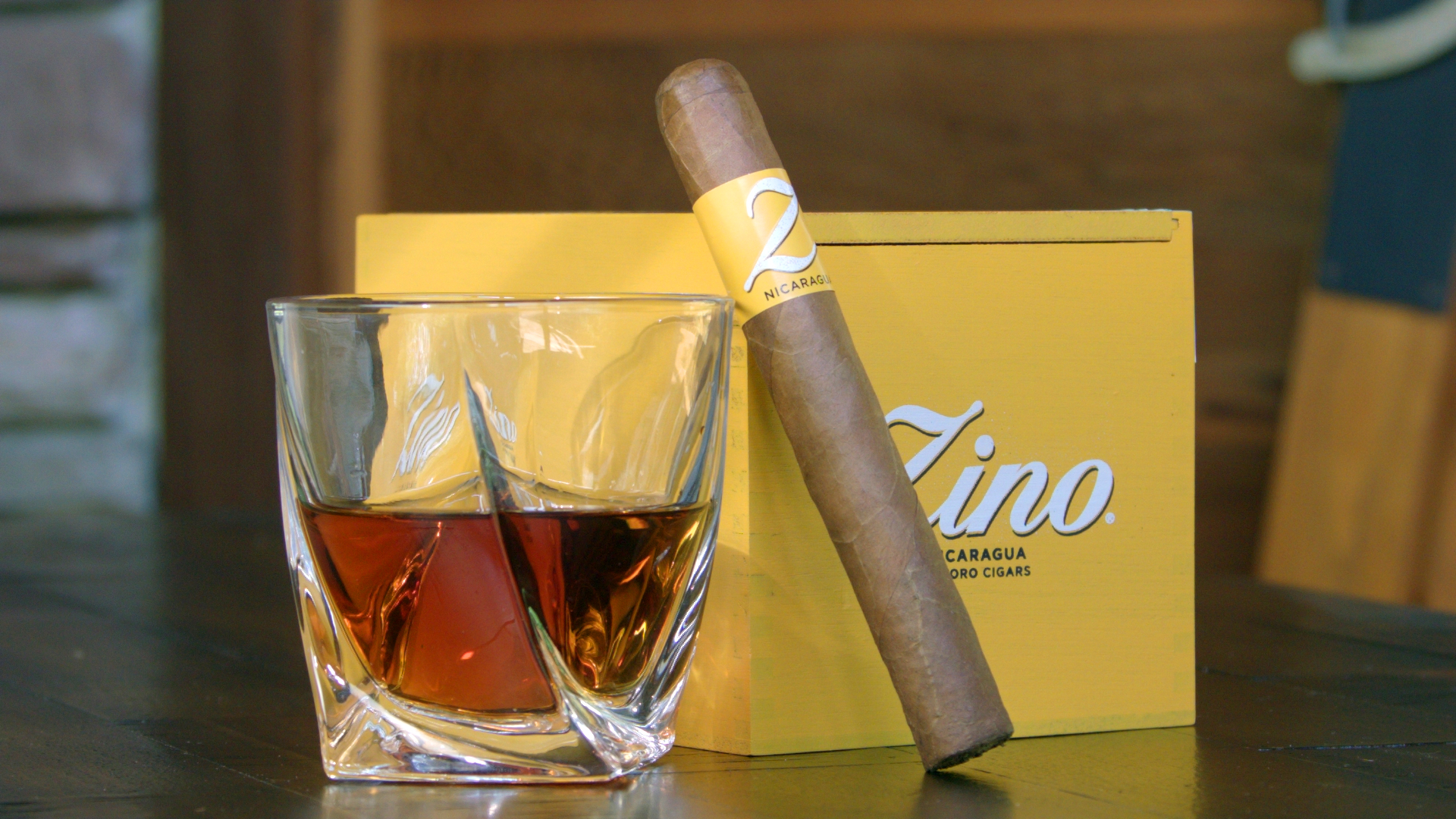 Zino Nicaragua cigars are presented in three sizes, Short Torpedo, Robusto and Toro at an affordable price point. In addition to the boxes of 25 cigars, they’re also available in four-cigar freshpacks that preserve the cigars freshness for weeks even without a humidor. That makes them excellent for traveling, as well as for newer cigar smokers who may not yet have a humidor.

Construction: Very well rolled with no soft spots. The Ecuador Connecticut wrapper is definitely darker than your typical U.S. Connecticut and even in color with no protruding veins. It bears a slightly red hue depending on the angle of light. The cap is expertly applied with three seams.
Cold Draw: The draw is just right, revealing peppery spice, some mustiness, and nuts.
Base flavors: Nuts, sweet tobacco, spices, subtle earth tones.
Aroma: The wrapper has a sweet barnyard scent, while the foot is musty, but the smoke aroma is quite sweet.
Burn & Ash: About as good as it gets. Long firm, light grey ashes throughout. 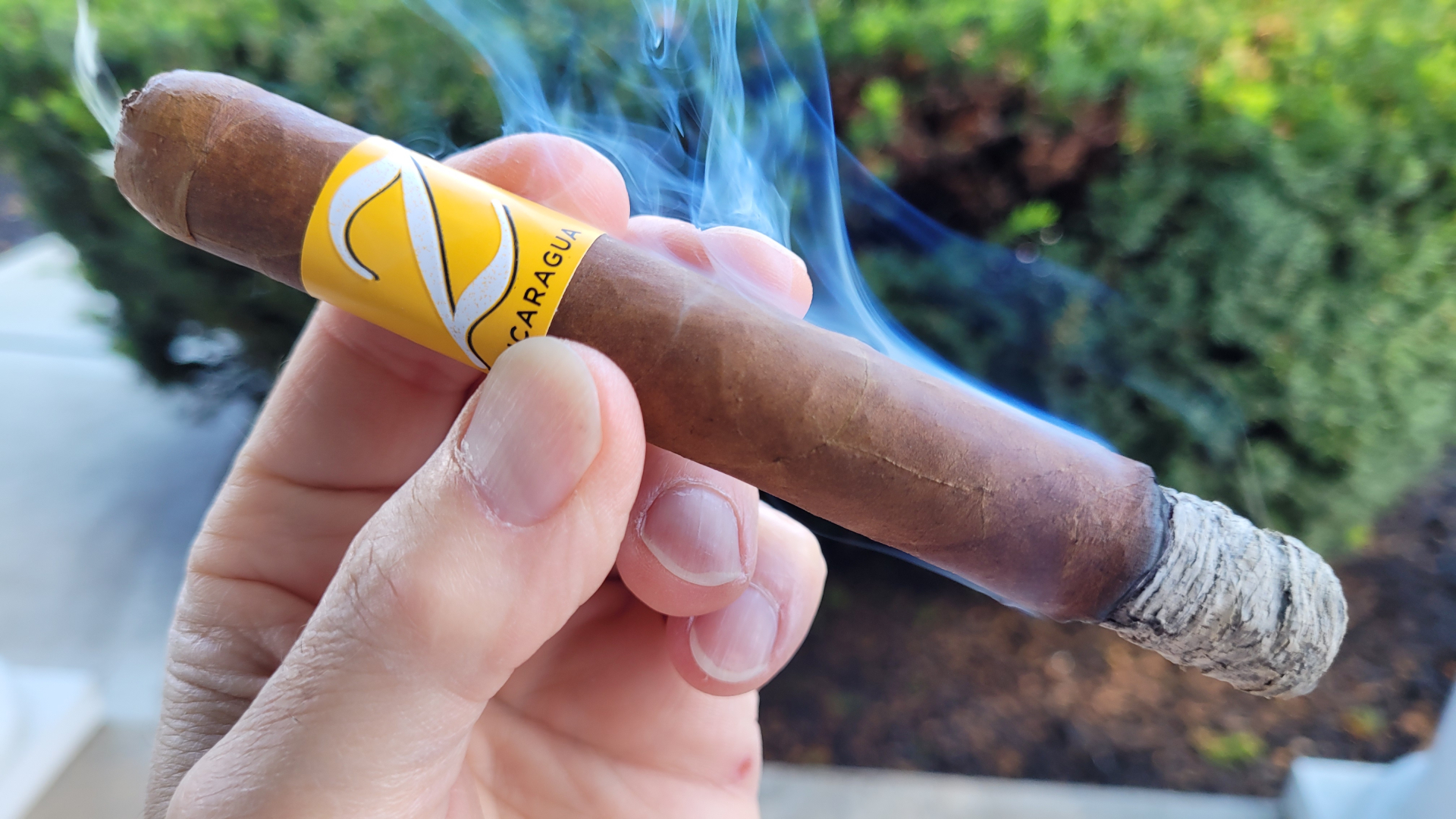 The smoke was especially smooth and creamy, just under medium body in strength, and mostly nutty. The burn was even revealing a very firm, light grey ash that formed rather quickly. At about the first inch some sweetness and spice began to seep in. And although the smoke was well-balanced, the nutty flavor still dominated. This pretty much continued through most of act one. All-in-all, very creamy, very smooth, and well-balanced with a nutty and sweet tobacco mix. The aroma was also sweet. 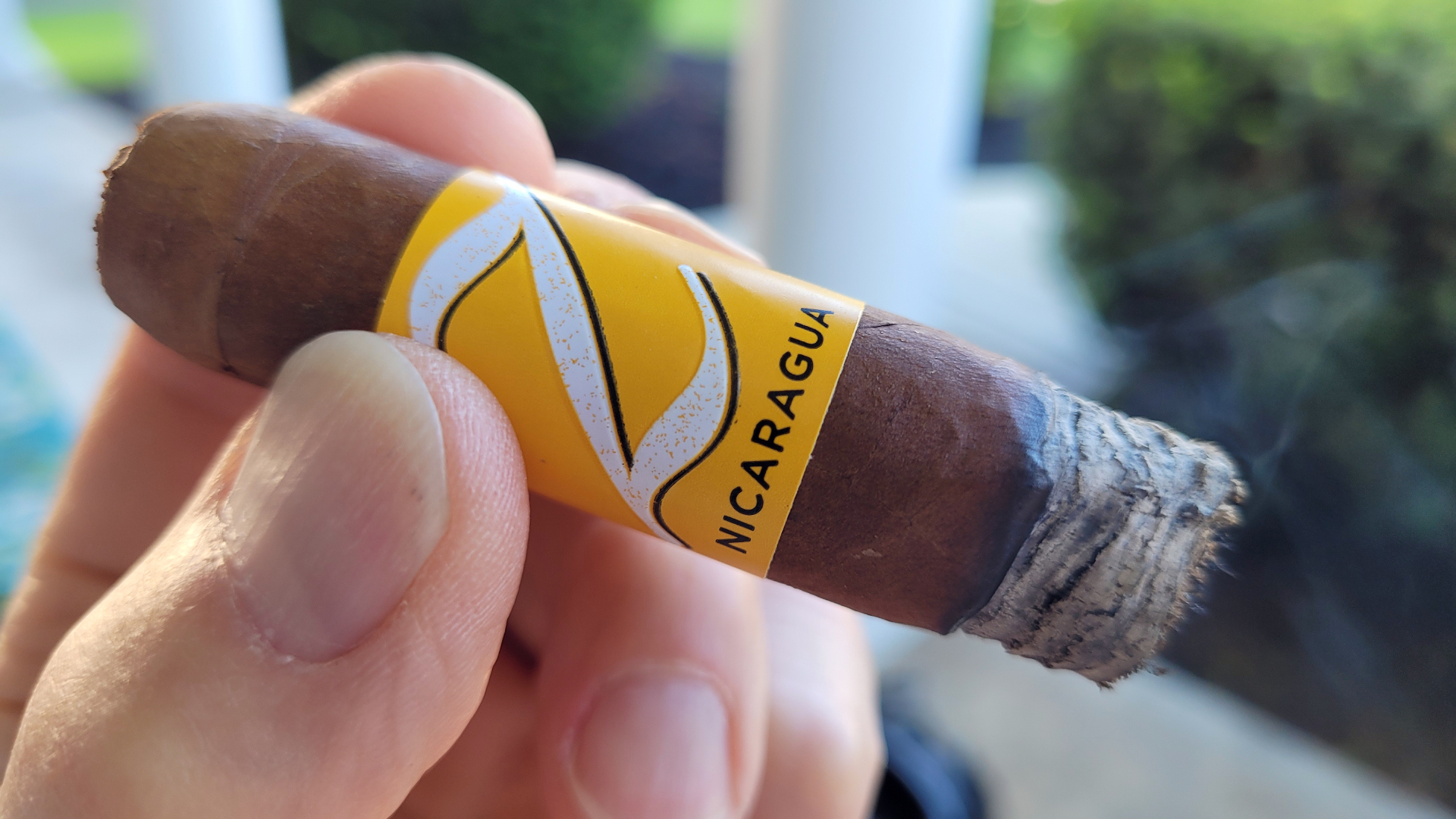 As the cigar transitioned to the midsection, the body was now more in the medium zone. It was still very creamy and still sweet, but now a little more spice began to develop. Here again, the cigar continued its perfect burn and long ashes. The flavor profile remained consistent through this act, with just a little more of a push in the strength department. 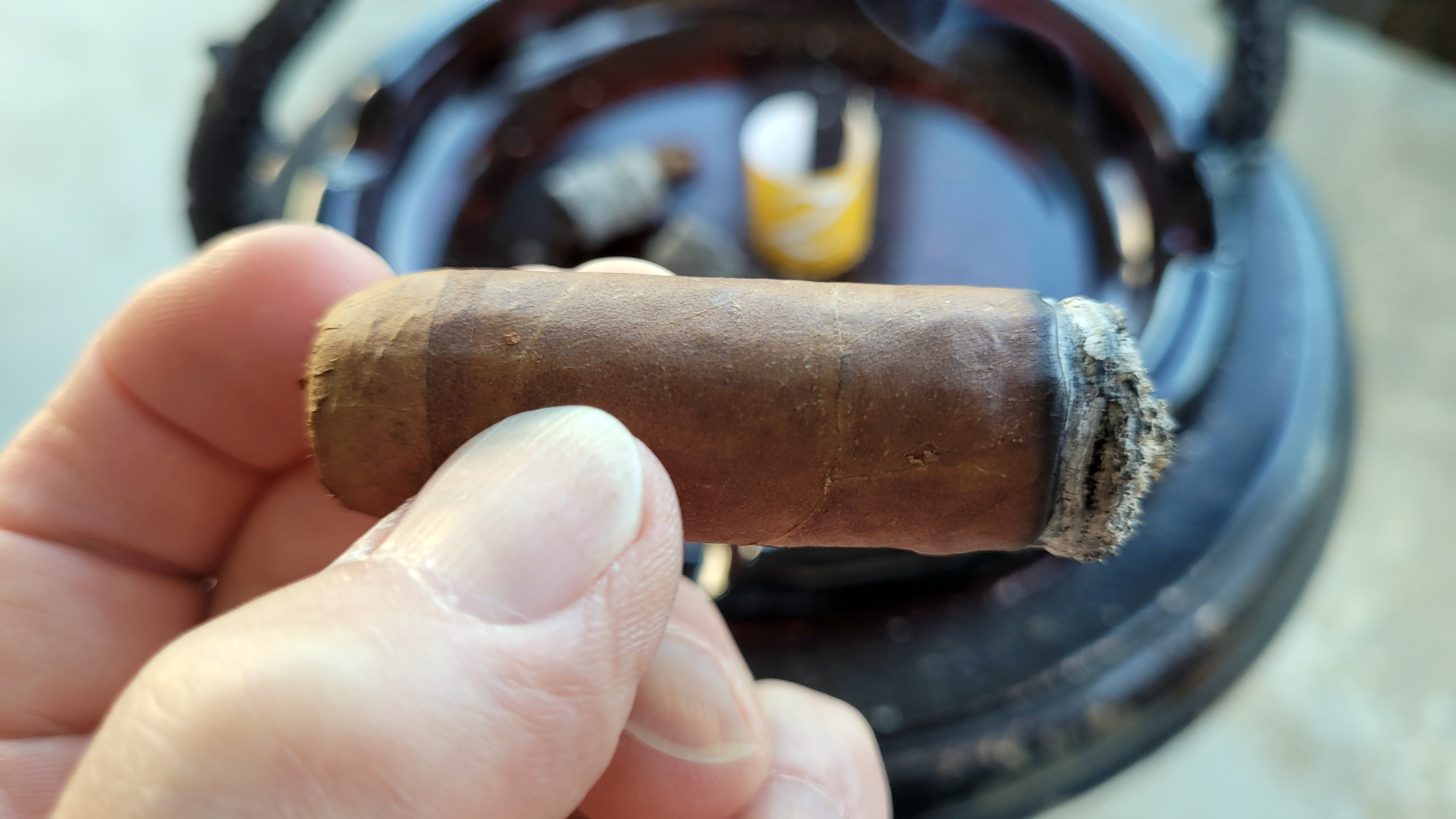 At this stage the cigar was locked into a medium body and strength. The flavors were still well balanced and still mostly nutty with some sweet tobacco notes hanging on, as the spice began to rise. Some earthy tones entered the fray here along with a subtle leathery flavor. As the cigar moved down to the wire, the sweetness faded. The smoke was still very smooth, but now a little more spicy, earthy, and even a little sharp. That said, it depends on how far you go into the nub.

What whiskey pairs well with the Zino Nicaragua Toro?

Straight Bourbon, 100 proof, aged 4 years
Nose: Subtle hints of honey and orange peel fade into a caramel backdrop.
Palate: Sweet caramel and candy corn coat the mouth with a creamy, rich texture. Citrus, vanilla, and a very subtle tobacco note, and a light rye spice.
Finish: Spicy and well-balanced with a peppery-rye pop followed by an underlying sweetness of vanilla and raw sugar. 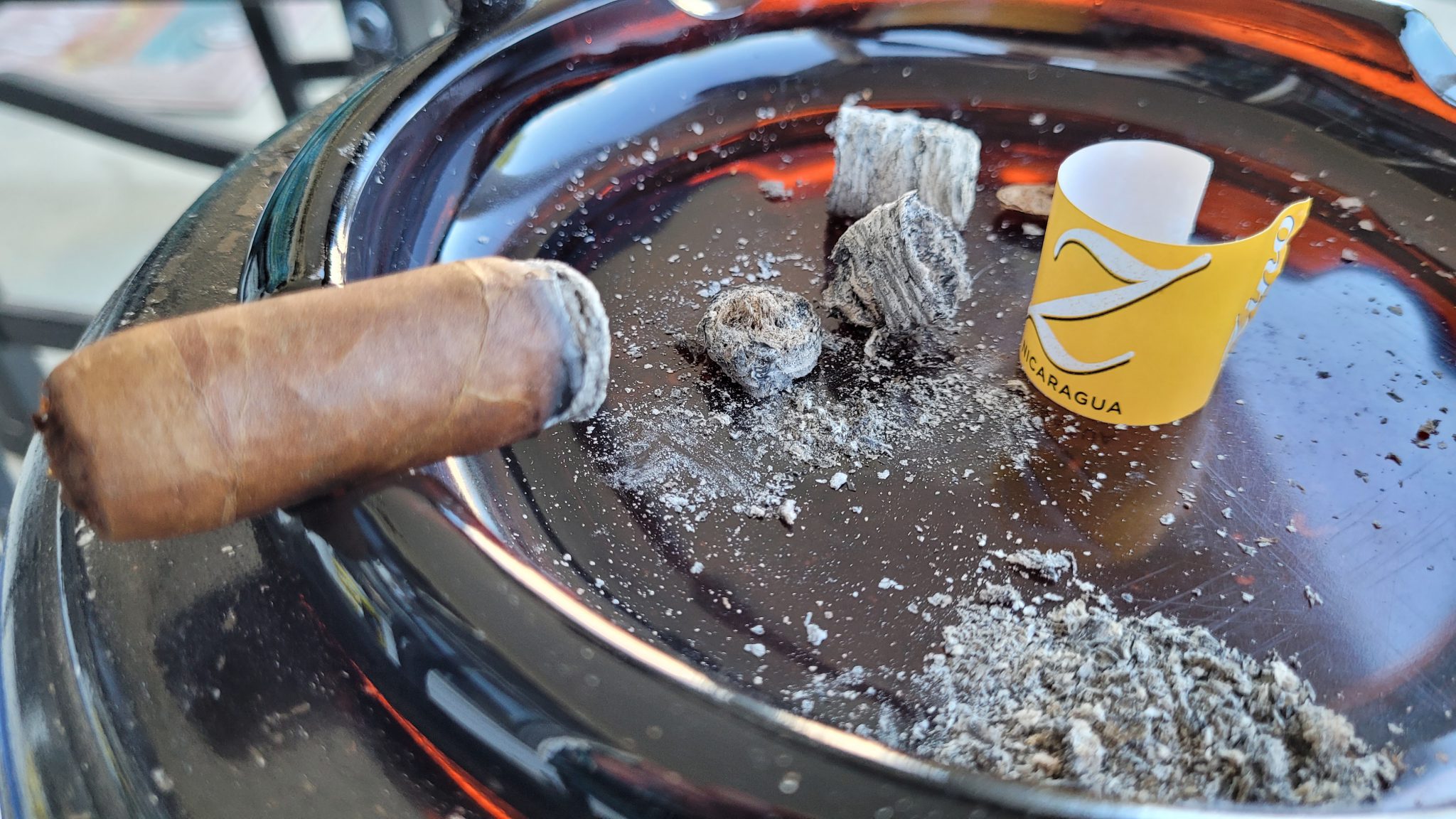 As I said in the video, the first thing that comes to mind is the Zino Nicaragua Toro will make an excellent “golf cigar.” But you might want to save it for the 19th Hole as well. What I’m getting at here is, the cigar may have an activity-oriented image, but it’s also a wonderful cigar to relax with. It’s also very reasonably priced, which is good news for newbs and others who may not have the budget for the more upmarket Zinos and Davidoffs. I also like the bright yellow color scheme because it makes them easy to find.

From a comparison standpoint—and I usually reserve such analogies for new cigars—you could compare the Zino Nicaragua to cigars like Oliva Connecticut Reserve, Rocky Patel Vintage Connecticut ’99, and Southern Draw Rose of Sharon Desert Rose.

Overall, a very refined cigar at a more than fair price. If you thought you couldn’t afford Zino/Davidoff quality cigars before, you certainly can now, so go for it.