Presented in boxes of 10

Relaunched in 2021, Sensei’s Sensational Sarsaparilla (or “Sassy,” its nickname) first arrived in the fall of 2014 in collaboration between Erik Espinosa and Cigar Dojo. The cigars—named for exhibiting a distinct profile of sarsaparilla root beer—were rolled in a 5½” x 52 Belicoso format and limited to 1,000 bundles of 10. This figurado quickly became one of the most sought-after Dojo collaborations ever released, and for that initial release, Famous Smoke Shop got first dibs. 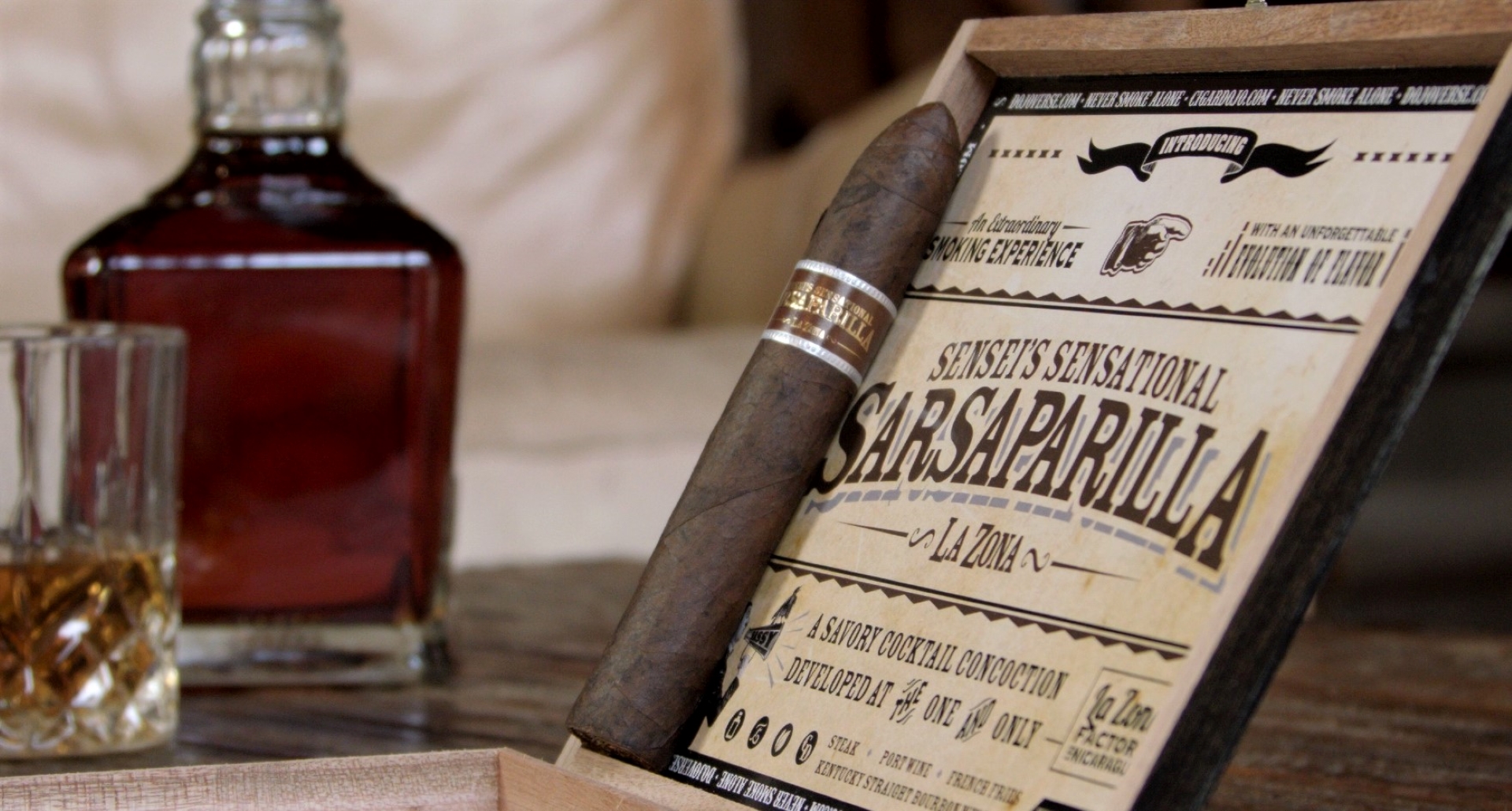 Erik Espinosa concurred by saying, “Creating a cigar that evolves as you smoke it is an art form and I think we really created something unique with the Sarsaparilla.” 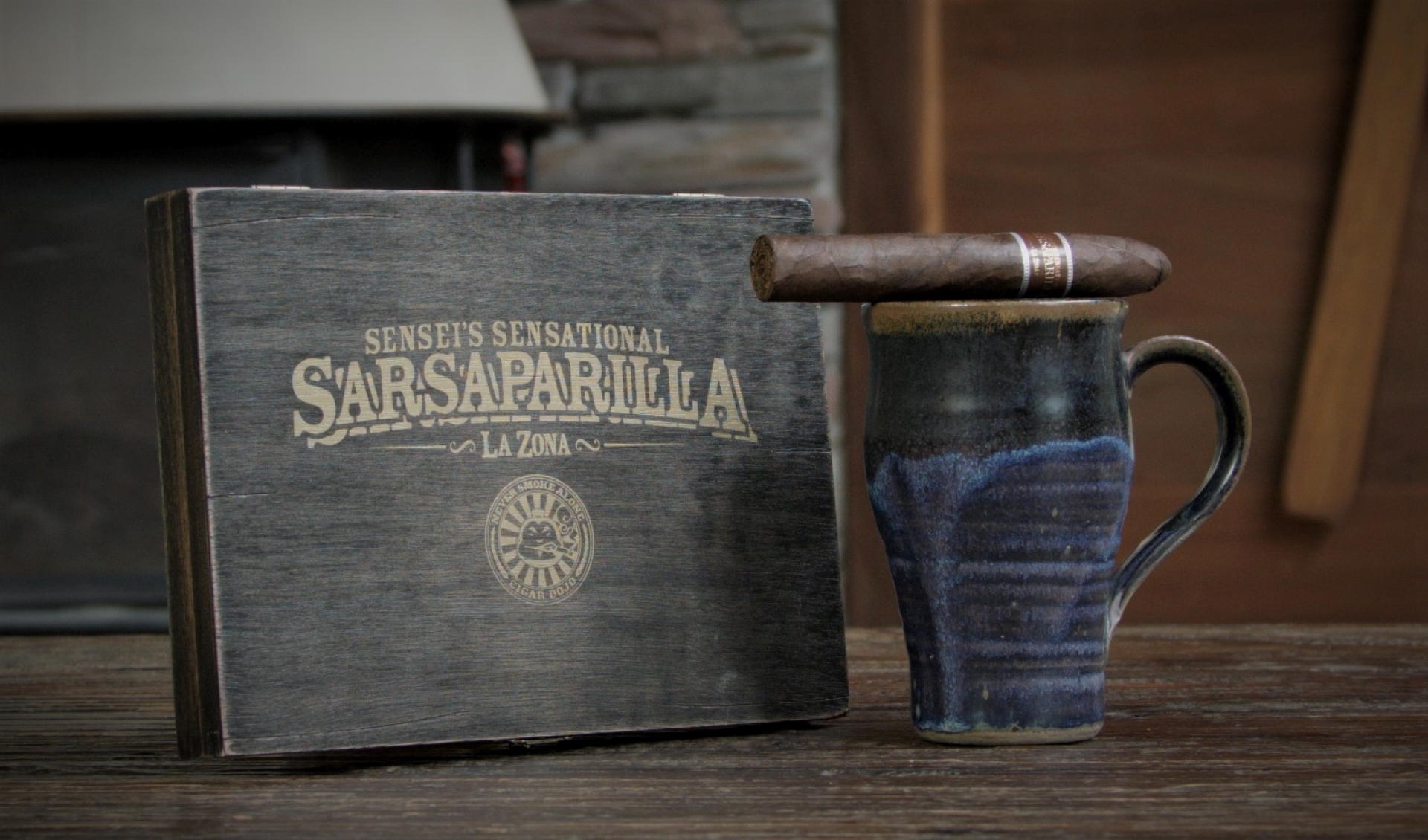 While the cigar itself and the blend are identical to the 2014 version, this time around, the Dojo and the Espinosa teams decided to jettison the bundles and go with a more refined box presentation.

Sarsaparilla is made from the Smilax Ornata plant or other variants of plants with small, woody vines native to Mexico and Central America. Coined from the Spanish term zarzaparrilla, it is believed that the slightly bitter-tasting drink was first used by Indigenous Americans for medicinal purposes. The taste of Sarsaparilla is similar to a combination of licorice, caramel, vanilla, and wintergreen. 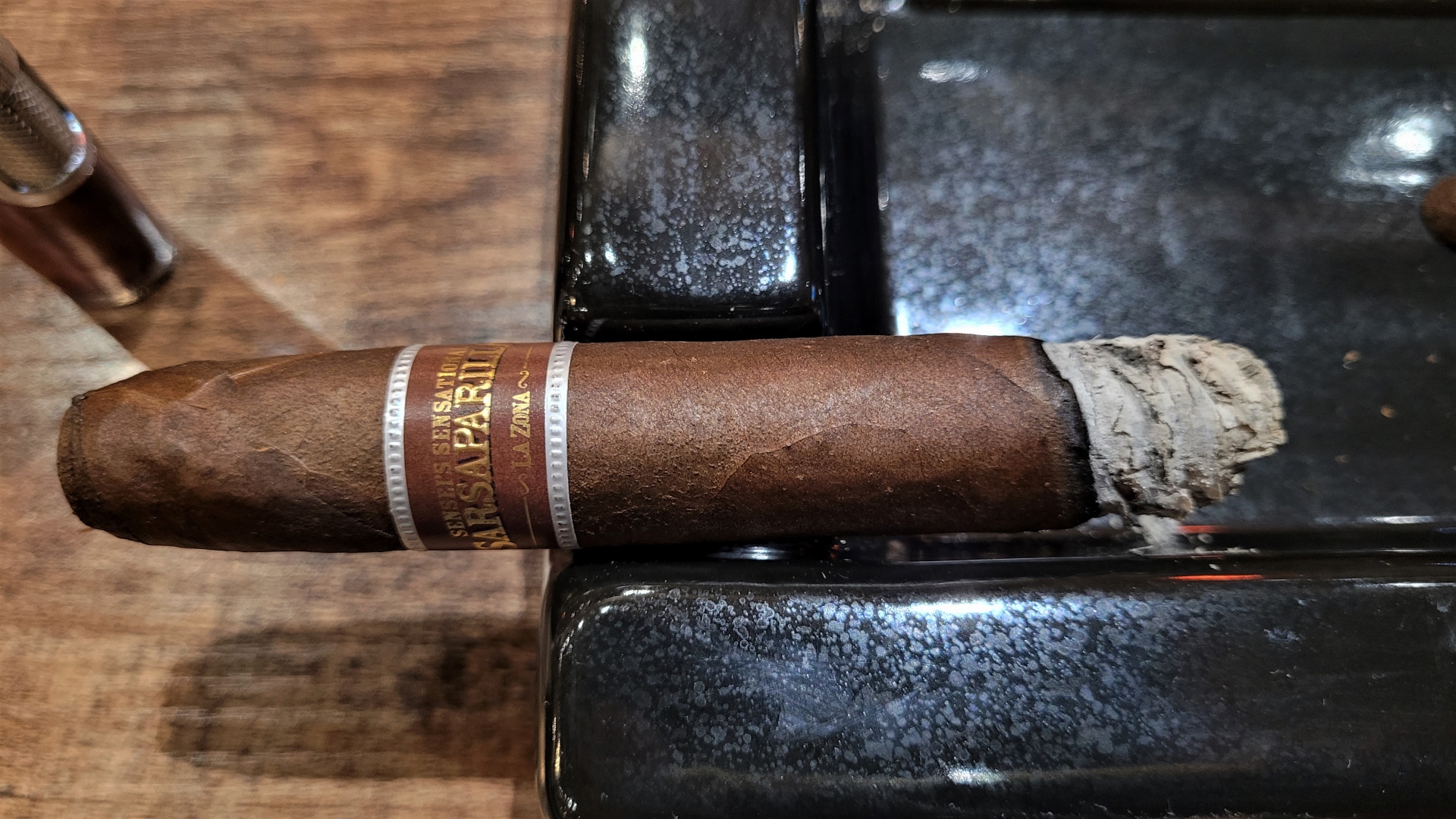 The cigar opens tart and very spicy with a black pepper finish. But at about the half-inch mark it quickly settles into very smooth and creamy smoke. I also picked up a distinctive taste that reminded me of a lemony tartness. The burn was excellent revealing a mostly firm grey ash. I could tell this Belicoso also had some very interesting flavors coming down the pike. But here in the first act, it carried more earth than anything else.

The cigar also has a really nice aroma, sort of like campfire wood. The body at this point remained mostly medium and extremely smooth with very little change in flavors. Once it arrived at the midsection it was still very earthy with that nice little tanginess. The cigar also continued to burn evenly and in my second sample I did notice more sweetness coming from the cigar. At the border of the final act, the flavors turned just a bit sharper. 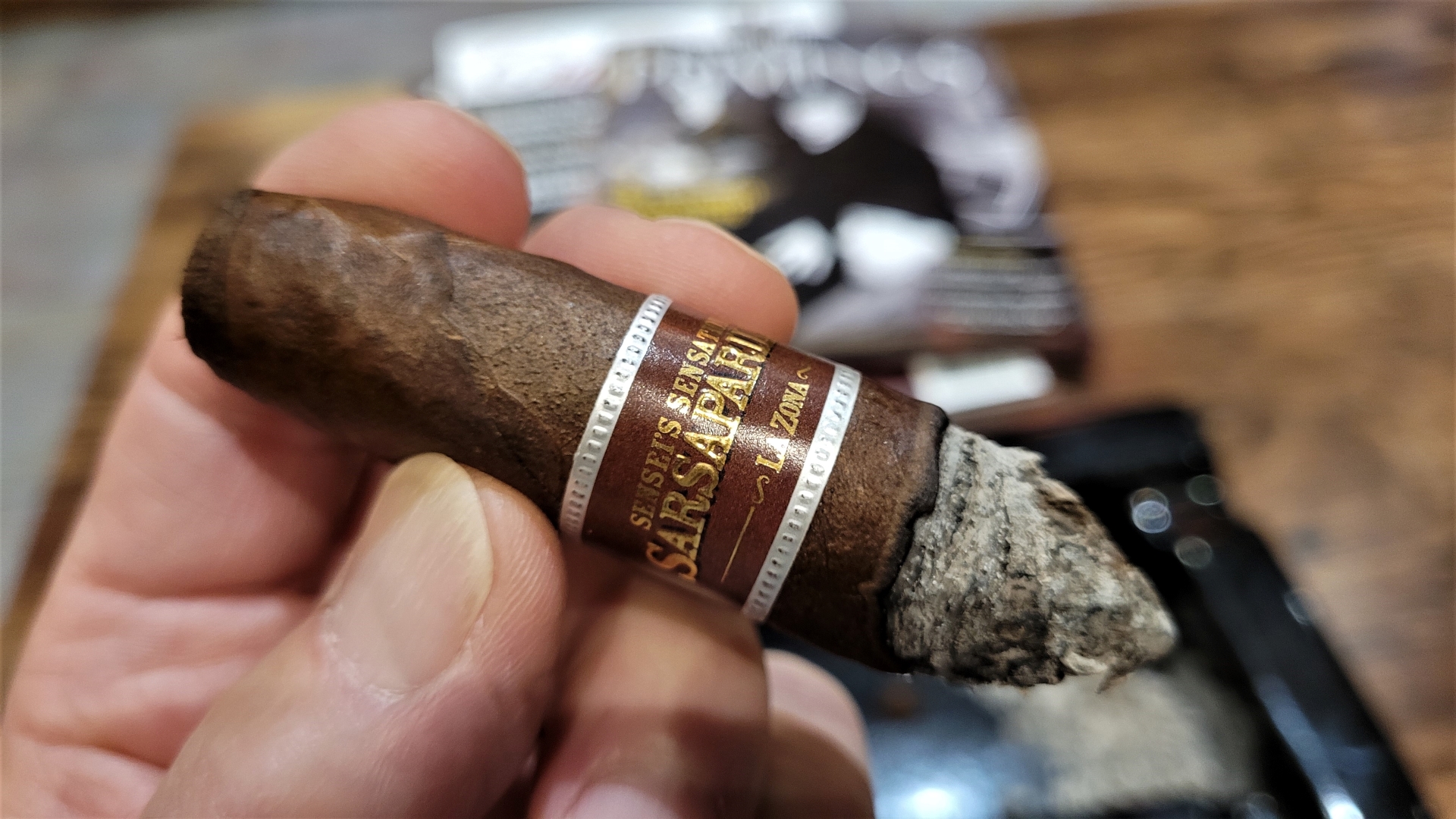 This cigar is extremely consistent; still earthy, spicy, tangy, and caramel-like sweet with a medium-plus body. The smoothness is still there, and I was impressed with the clean and spicy finish. Although my second sample was sweeter, the Sensational Sarsaparilla does provide some bite, which is also characteristic of sarsaparilla.

What whiskey pairs well with the Sensei’s Sensational Sarsaparilla?

Well, you could try a sarsaparilla. How about a root beer or ginger beer? Speaking of soda, a vanilla cream soda might work? On the adult beverage side, the Sensational Sarsaparilla is tailor-made for bourbon or an old-fashioned, so take your pick. For more combinations, see our Cigar & Spirit pairing guide.

Is the Sensei’s Sensational Sarsaparilla Belicoso worth smoking?

Like a lot of cigars created by Erik Espinosa, the Sensei Sensational Sarsaparilla is definitely one of the more unique offerings. I don’t think he was trying to make a cigar that tasted like sarsaparilla, he wanted to make a cigar that was complex, and I think he successfully achieved that. This belicoso has a number of change-ups which make it a very lively cigar, and it certainly grabbed my attention. It smokes beautifully, but the spiciness may be a little much for newer cigar smokers. So, if you’re looking for a cigar that’s a wee bit out of your usual comfort zone, Sensei’s Sensational Sarsaparilla will take you there.