Presented in boxes of 26 Cigars

The Padrón Cigars Back Story

The Padrón Cigars story is a long one, and too long to get into all of it here. However, there are a number of things that have taken this remarkable cigar making family to the heights of notoriety worth mentioning. The key figure in carving Padrón’s path to success today was José Orlando Padrón. Born in 1926, Don José Orlando lived a life that had all the makings of a great novel, and yet it’s all true. 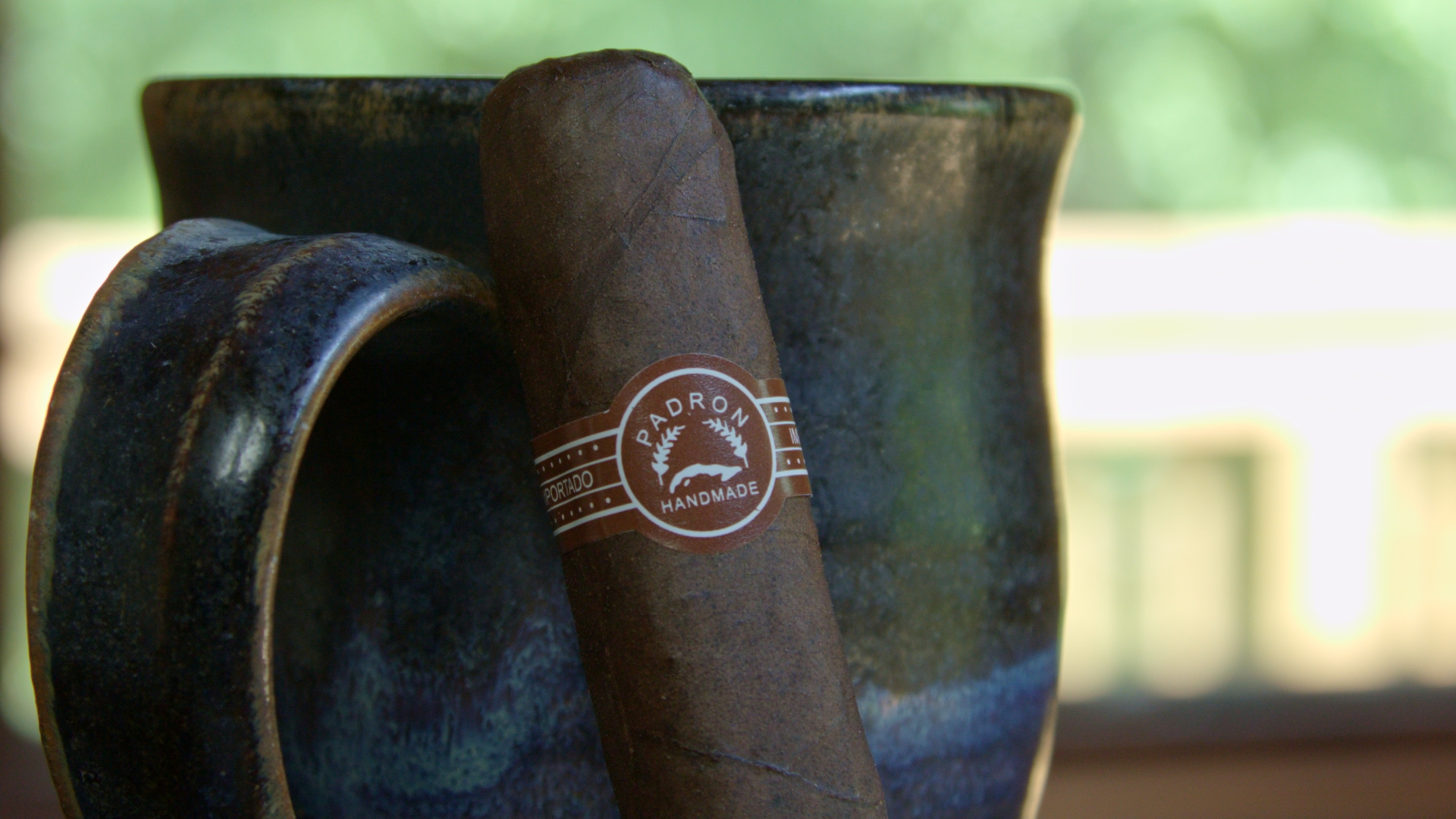 Starting as tobacco farmers in the Canary Islands, José Orlando Padrón’s ancestors later began farming in the lush Pinar del Rio province of Cuba. Orlando’s father, Don Francisco, had a 230-plus acre farm. Although he graduated from a technical industrial school in 1944, José returned to the family farm to supervise the tobacco crops. This included de-stemming, sorting leaves, and planting new seedbeds. That’s what you call learning a job from the ground up.

During the 1950s José took a job working in a Pinar del Rio copper mine. For José it broke the family farming connection. However, during the rise of Castro’s revolution against the Batista regime, the mine closed down. José Orlando, sympathizing with Castro’s alleged concern for the neglected masses, joined the fight. It was short lived, however. After the Revolution took power in 1959 José’s opinion of the regime changed. And so, when Castro offered José a government post he turned it down. Now considered a potential defector by the party, in 1961 Jose “escaped” to Spain, which most likely avoided him being arrested and enduring years of torturous imprisonment. 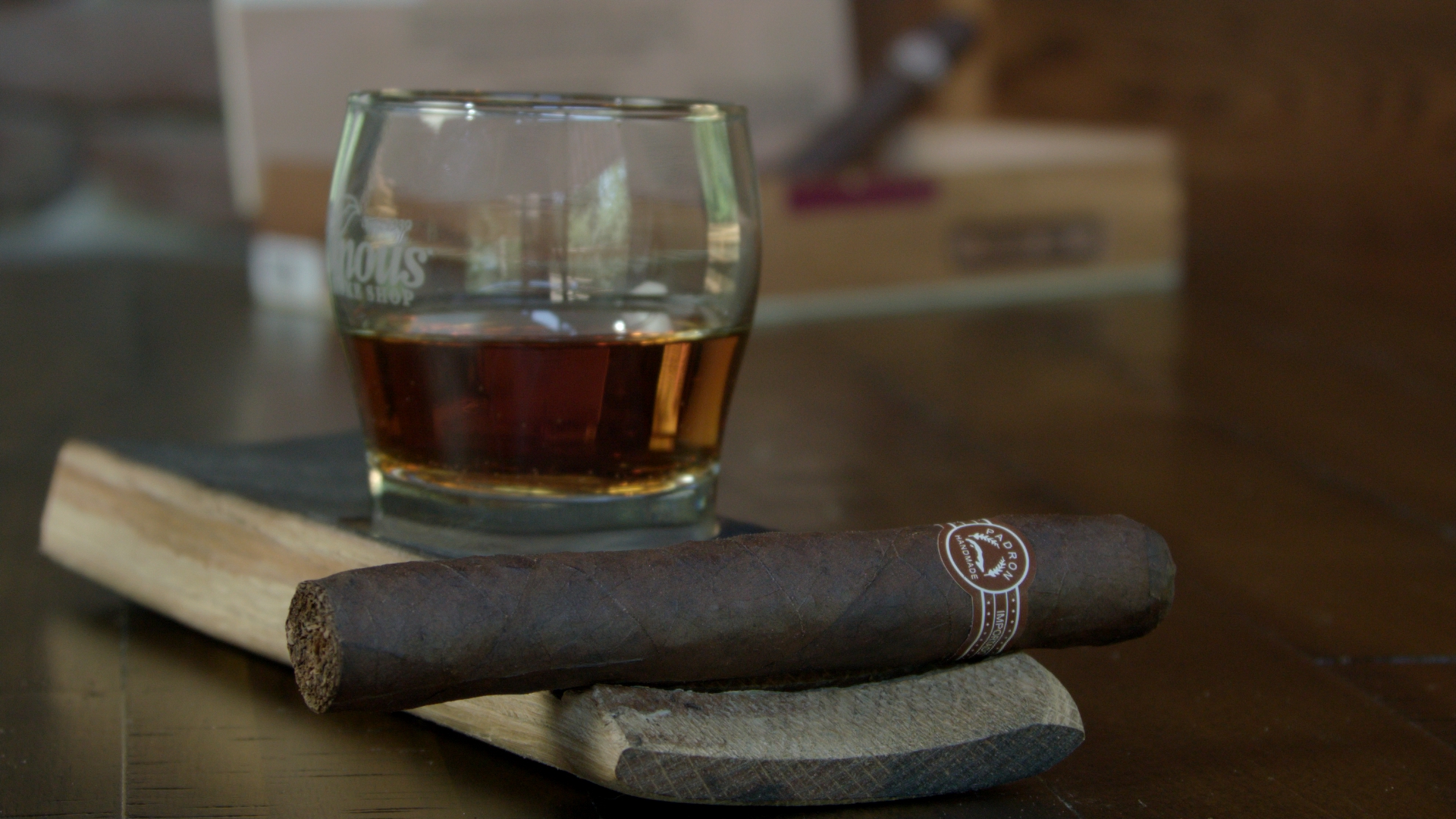 One year later, José Orlando arrived in Miami joining many of his fellow expatriates. He found work doing a number of odd jobs, which led to the now famous Padrón hammer story. He also missed smoking Cuban cigars, which the U.S.– Cuban Embargo now banned. But by September of 1964 José had enough money saved to begin making his own cigars. Padrón Cigars was now officially in business.

By 1970 Padrón was making cigars in Estelí, Nicaragua. Estelí and its connecting valleys had microclimates and soils similar to Pinar del Río. This intrigued José who always insisted on using only the highest quality tobacco for his cigars. And by working in Nicaragua, he was now able to achieve it. Moreover, all of Padrón’s Nicaraguan tobaccos are sun grown. 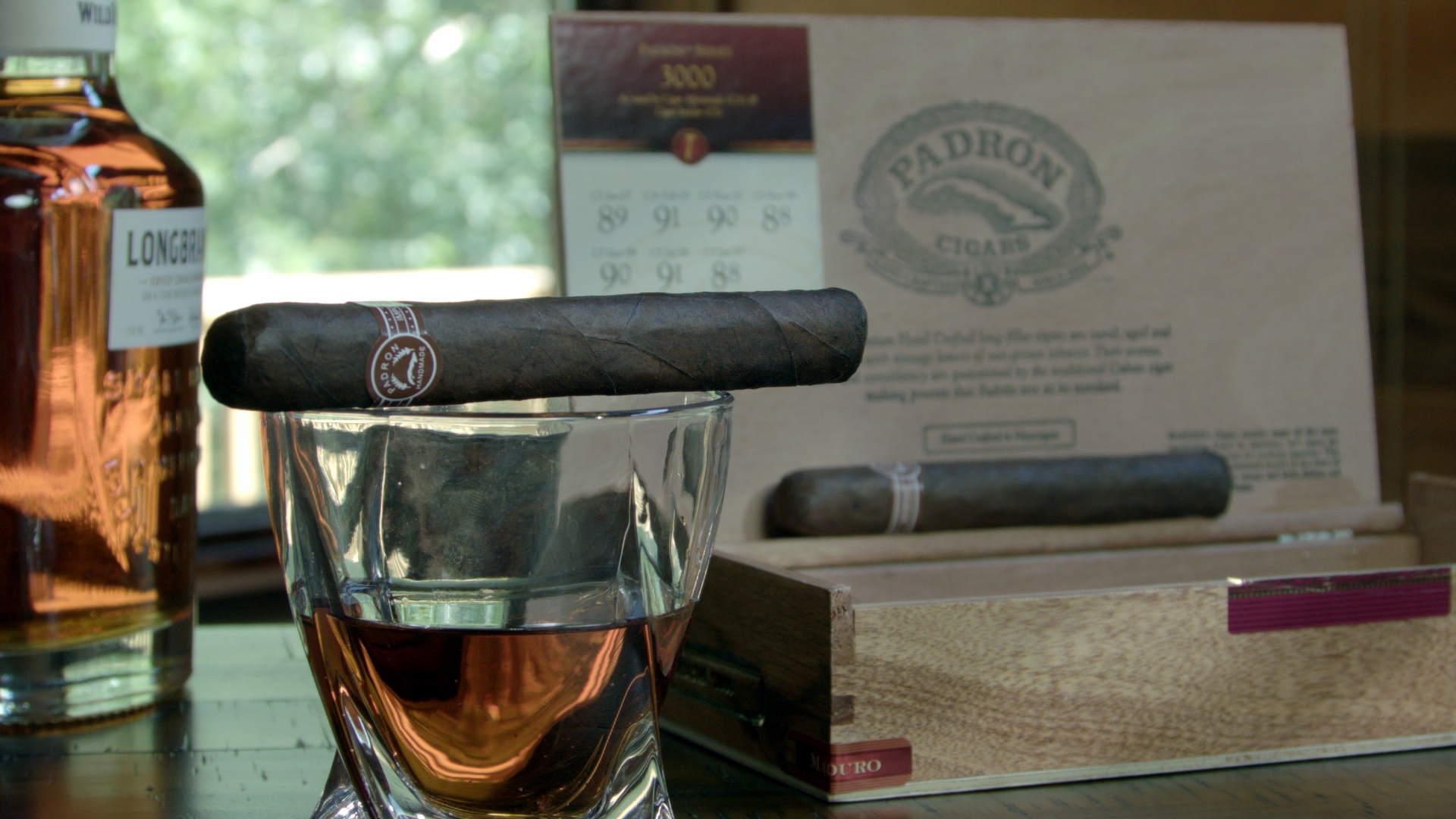 Political upheaval in Nicaragua followed during the 80s. As a result, the Padróns opened a factory in Honduras. But in 1990 they returned to Estelí and it wasn’t until 1993 that they attended their first major trade show. Sales were modest at first, but the timing was good. The Padrón brand was perfectly poised to enjoy the fruits of the Cigar Boom and never looked back.

When Don José Orlando passed away in 2017, by then his son George had already been passed the company baton.

“For me, all the family members had seen the hardships that my dad had gone through, so we felt an obligation,” said George in a December 2003 Aficionado interview. “At that time, I always felt that what my father had created was something special, but that it could be taken to another level or taken advantage of in a way that we weren’t doing at the time…The philosophy of the company has been the same since day one: to produce quality products, and to concentrate on the quality of our products, rather than the quantity that we produced.”

Construction: The cigar has a rustic appearance with a wrapper that’s a bit mottled in color, and the cap is a little lopsided. It’s hard to see how many seams it has, too. No biggie. The cigar is also nicely pressed with rounded edges and no soft spots.
Cold Draw: Excellent with a mostly cocoa taste.
Base flavors: Earth, cocoa, coffee bean, spice.
Aroma: Off the wrapper, it’s sweet. The foot has a very chocolatey scent, and the smoke itself is sharp, bordering on burly.
Retrohale: Spicy, especially in the latter stages.
Burn & Ash: Excellent. 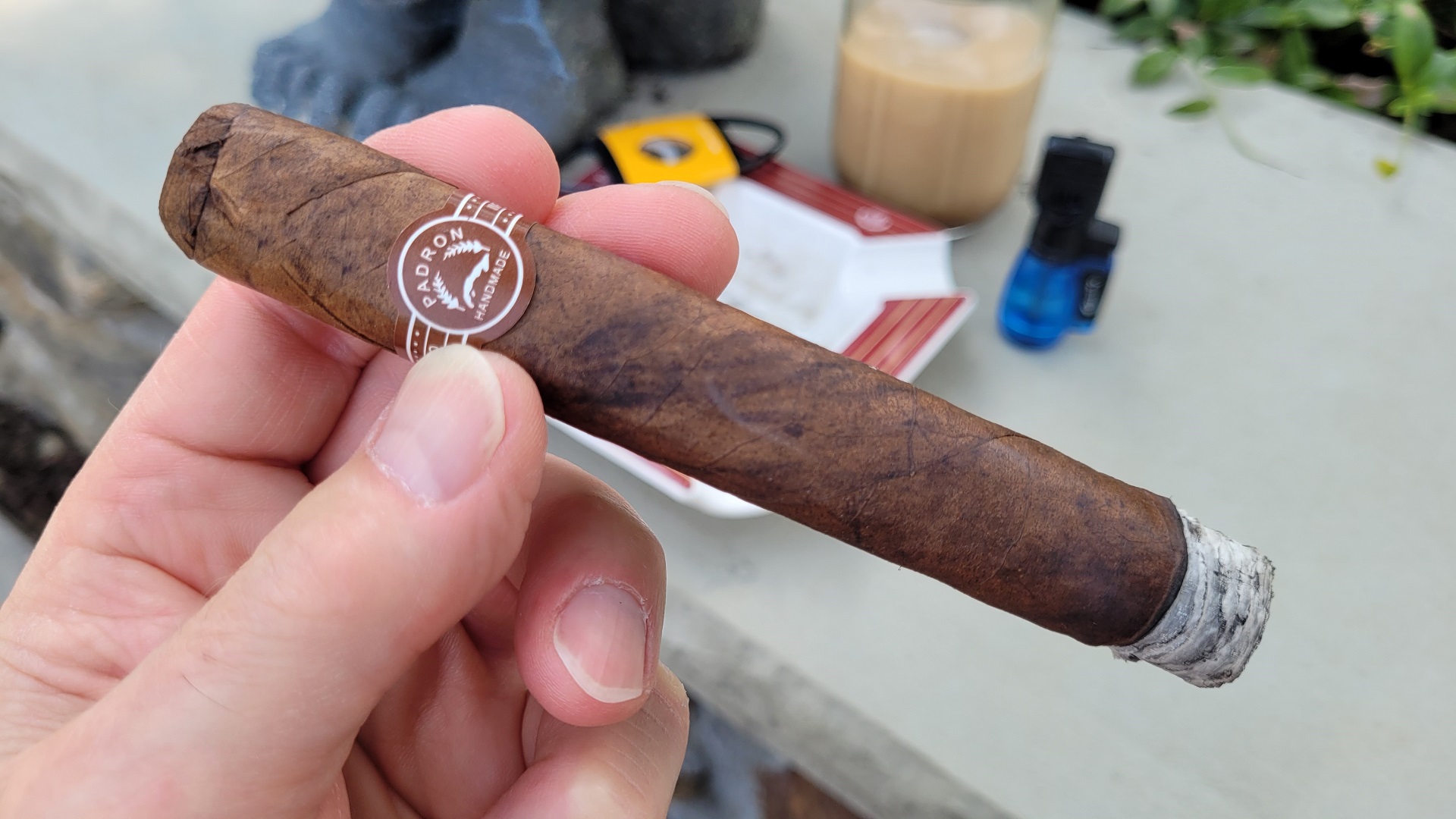 My Padrón 3000 Maduro cigar opened with a healthy amount of smoke and a fair amount of spice. The perfect draw revealed early flavors that were mostly earthy and spicy. Sitting outside in a slight breeze, the cigar seemed to burn a bit fast, revealing a mostly white and firm ash.

When I finally ashed it, the result was a nice cone shape demonstrating the excellent rolling on this cigar. To sum up this act, the cigar was mostly medium bodied and earthy with a little bit of chocolate, a hint of sweetness, and some lingering pepper on the finish. 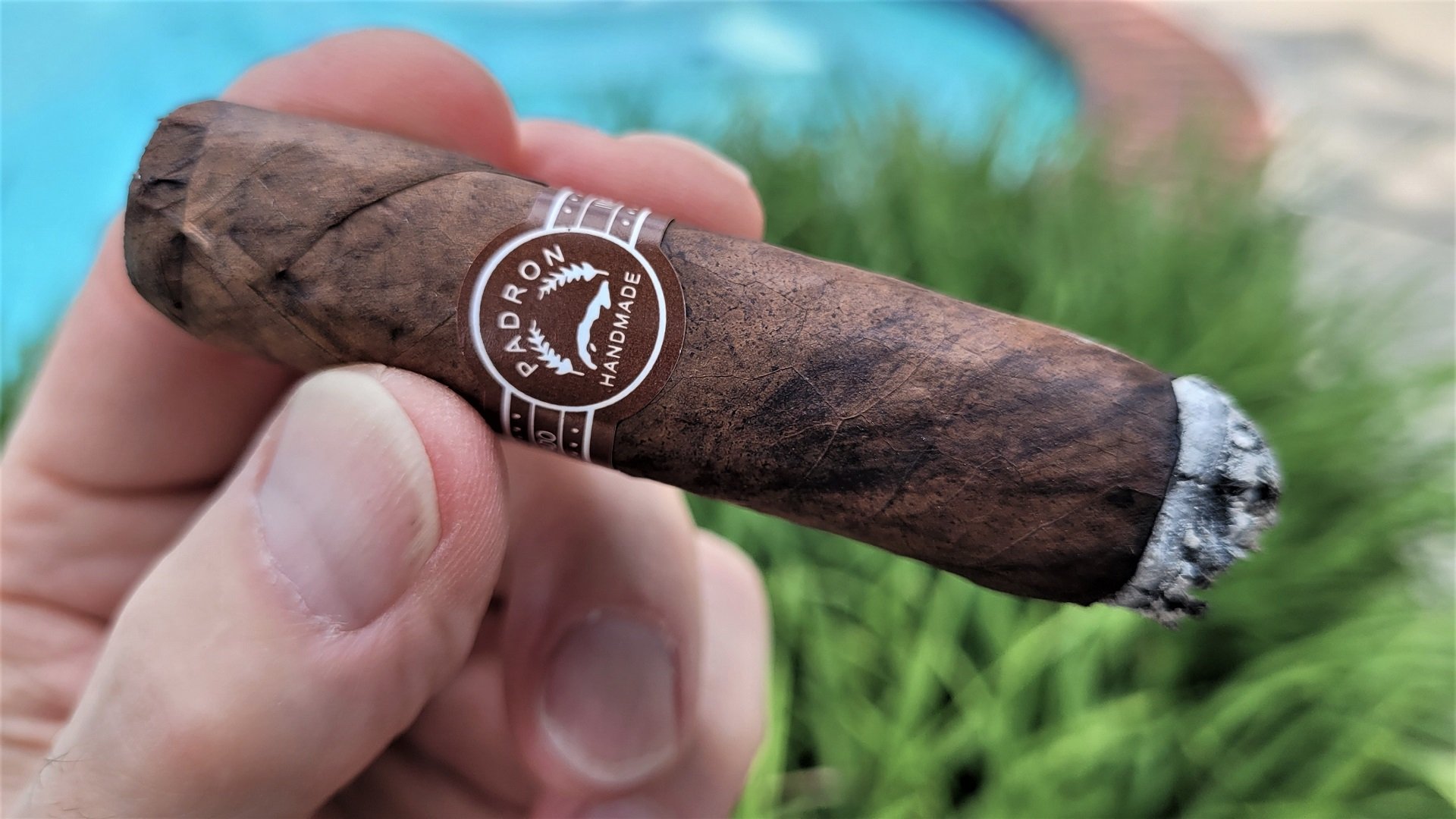 The second act started with another nice long firm ash and the medium body continued. Still pretty earthy, some of that famous Padrón coffee flavor started to enter the mix, while the cocoa flavor also perked up a bit. If I had to describe the aroma at this point, I’d say it was kind of sharp, maybe even a little burly. Retrohales also revealed a fairly spicy mix through the nose. Then you have that peppery finish, which was closer to white pepper, and by the end of this section it started to fade. 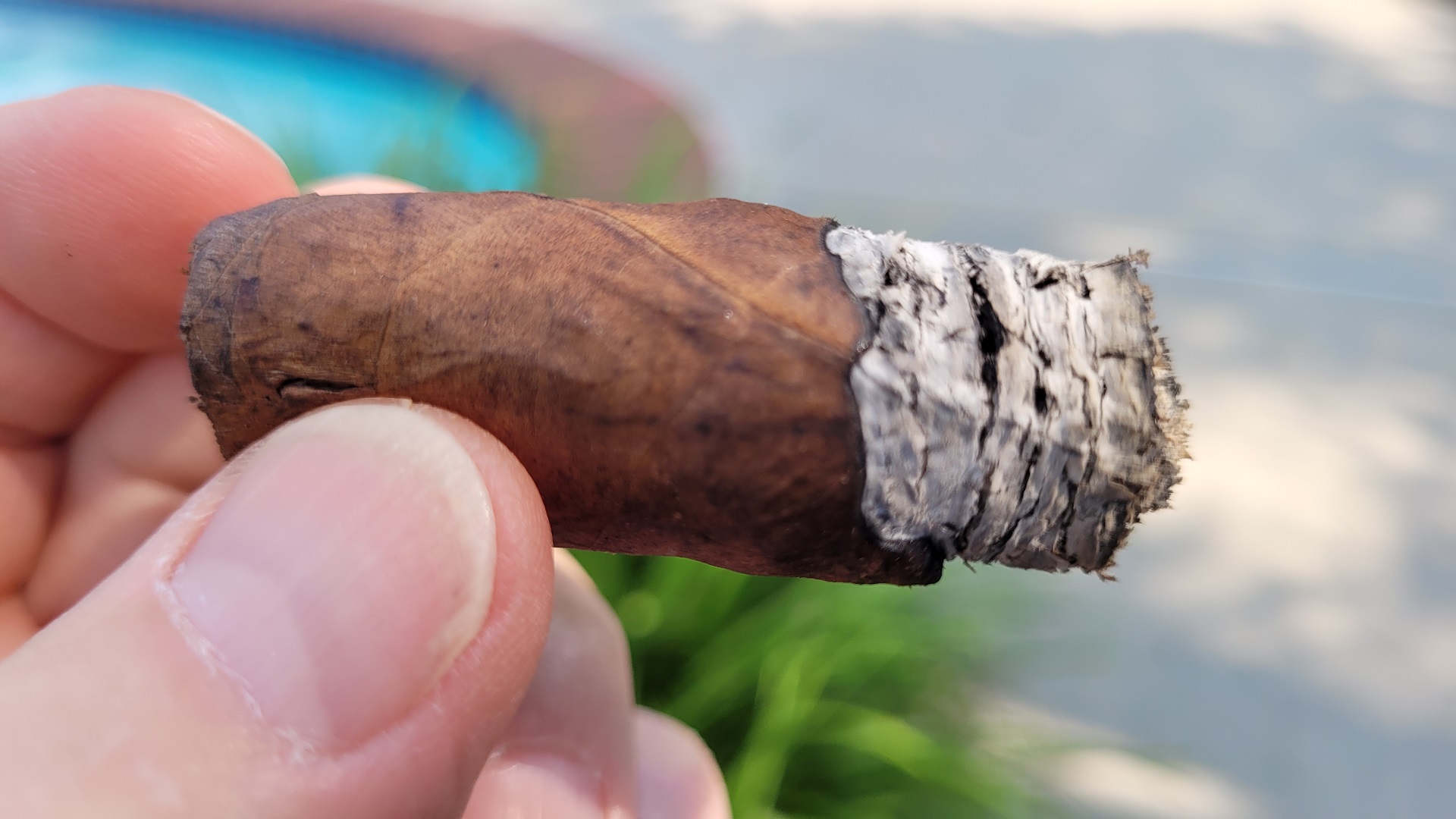 The cigar was still going great in terms of the burn and ash. However, the core flavors didn’t really change very much. Strike one up for consistency here. There was some sweet tobacco at the head of the cigar which your tongue may pick up. I’d add that the strength of the cigar didn’t move the needle too much, but it was definitely more full-flavored on the order of medium-plus in the final stage.

What rum pairs well with the Padrón 3000 Maduro?

Distillery: Sourced (From Venezuela)
Proof: 67%
Age: 6-years-old (4½ years in the Caribbean. Finished almost 2-years in bourbon barrels in Nashville)
Nose: Caramelized sugar and vanilla frosting, like “crème brûlée in a glass.”
Palate: The sweetness slowly fades to a balance of oak with a hint of smoke. (Think toasted marshmallow around a campfire.) The taste hits initially with the toasted sugar and it’s balanced with a bit of proof. Add a splash of water and notes of tobacco, dried plums and cedar are revealed.
Finish: A little shorter than the taste, but it brings some welcome herbal notes. 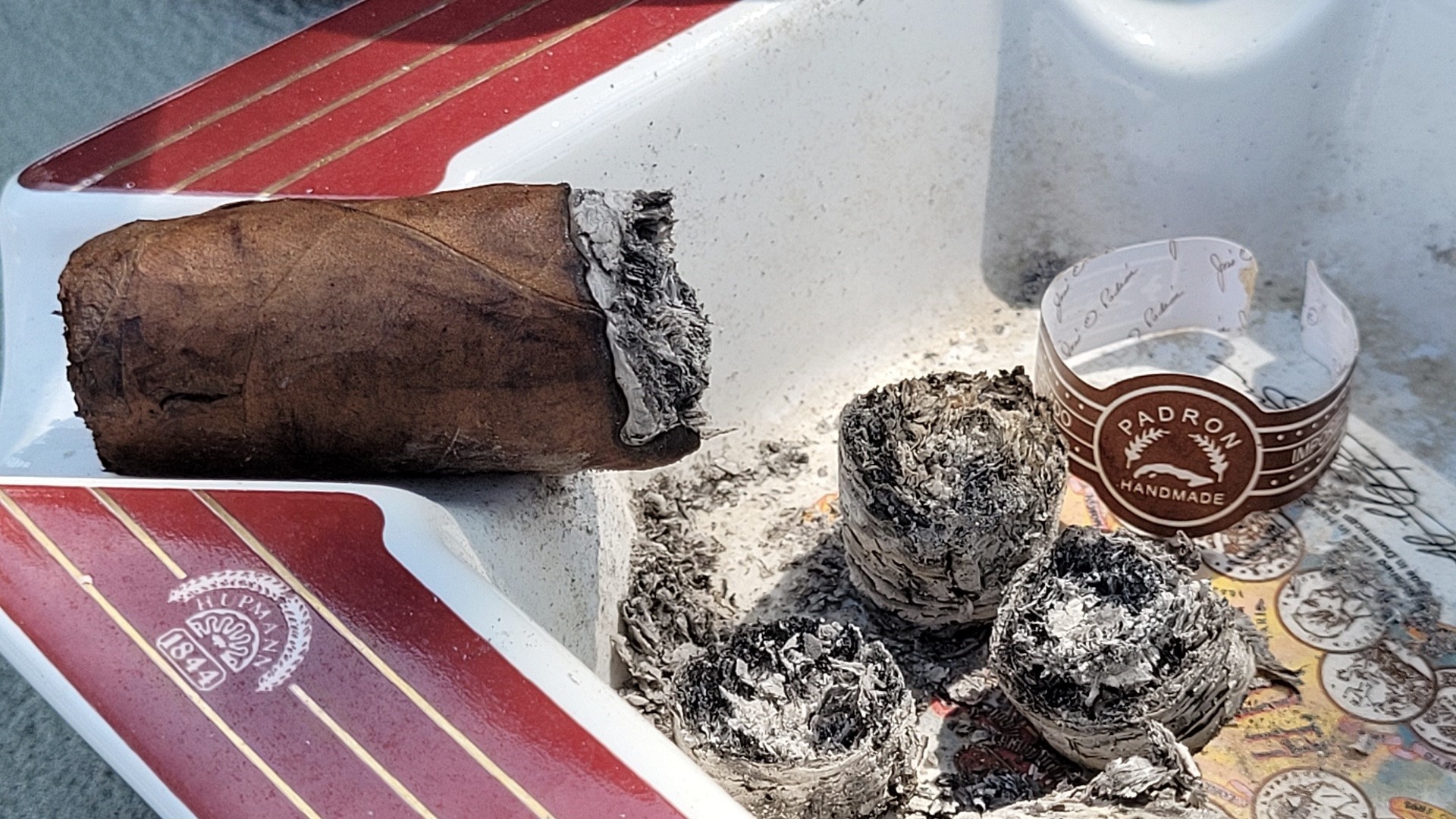 So, the fact remains that you can’t keep a good classic cigar down. This Padrón 3000 Maduro certainly lived up to everything it’s known for, which is one of the reasons I wanted to feature it. For one, it’s a good cigar at a good price. Not only can you smoke this cigar on a daily basis, but just about any level of cigar smoker experience can handle it. And that goes for newer cigar smokers, too. I did expect the cigar to be a little bit sweeter, but even though it fell more to the earthy-spicy side, the overall flavor profile hit all the right notes.

And finally – If you’ve smoked the Padrón 3000 Maduro, let me know what you thought of it, by leaving a comment so we can compare notes.

10 Reasons to Quit Smoking in the Spirit of Christmas