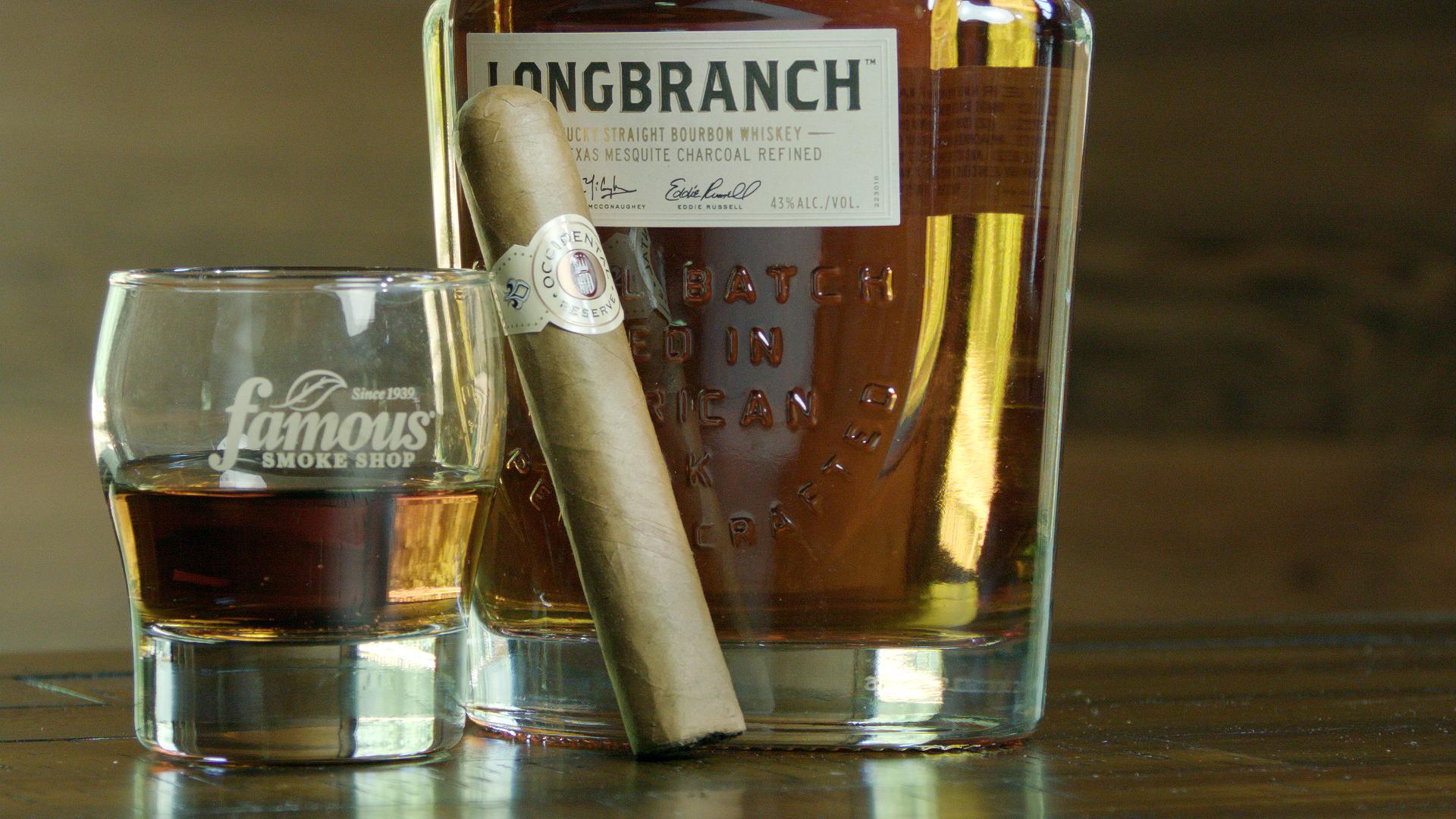 If there was one of the first cigars that helped make Alec Bradley Cigars the huge success they are today, it would have to be Occidental Reserve. Introduced in 2000, the Occidental Reserve Connecticut selection is named for the Occidental factory in the Dominican Republic. The factory is owned by renowned master blender, Hendrik Kelner, blender and manufacturer of Davidoff and Avo cigars.

According to Alec Bradley co-founder, Alan Rubin, his partner, Ralph Montero, already had a relationship with Henke when he teamed up with Alan. The Boom was over, Henke needed work, and said he would make a cigar for them. 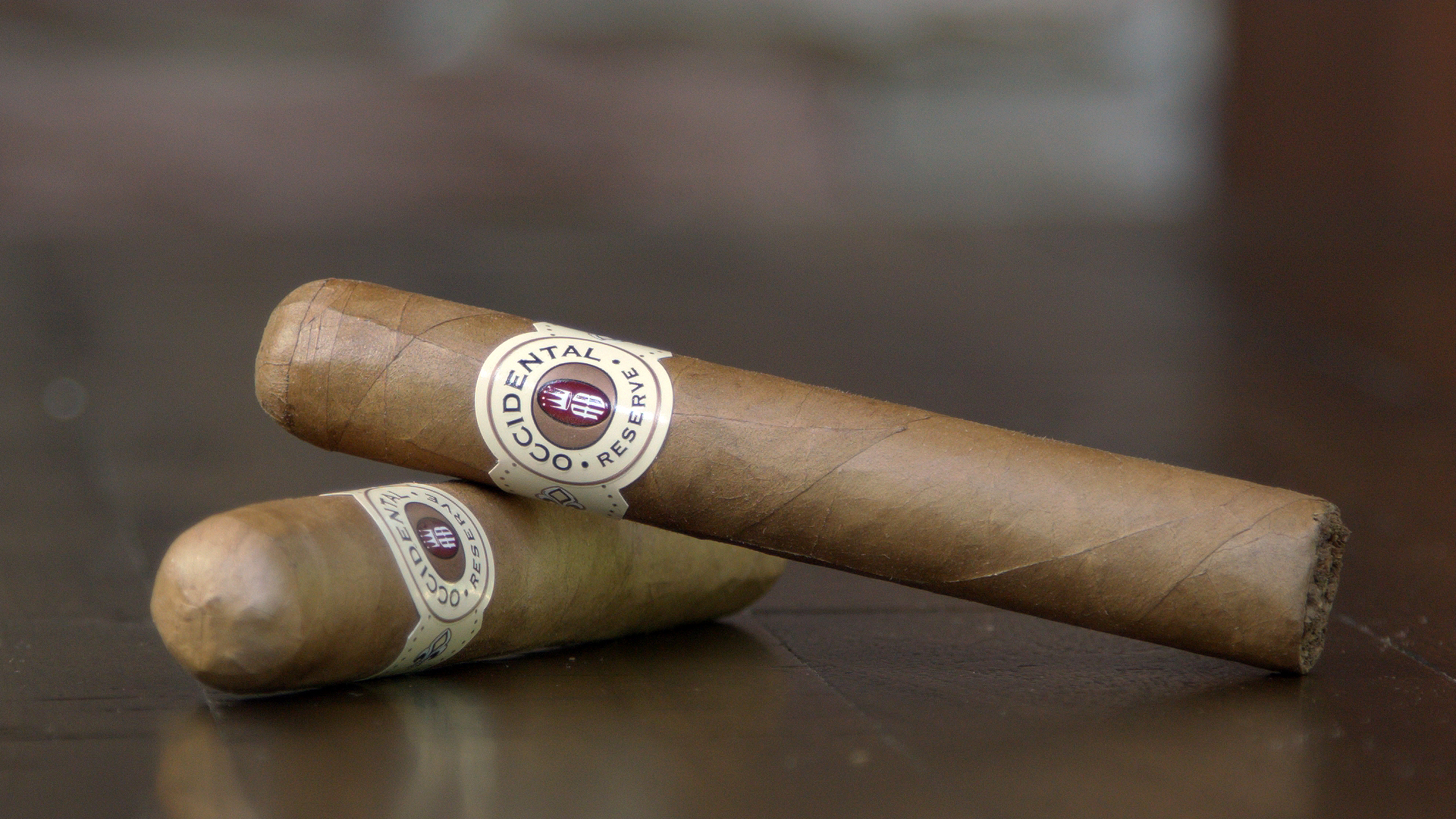 “I could literally barely afford the samples,” said Alan, “So, I think I ordered a thousand cigars. I bought 500 silver mailing tubes and I put two cigars in each and sent them to 500 retailers with no price list.”

For Occidental Reserve Henke uses personally selected Dominican Olor, Piloto Cubano, and San Vicente tobaccos, binds them in a U.S. Connecticut Broadleaf, and caps them with a Connecticut wrapper grown in Ecuador.

“Henke and I have had a great relationship ever since,” adds Alan. “He is a true gentleman. I asked Henke, ‘What is it that you want to achieve out of this deal?’ He said, ‘I’d like to kind of build the name of my factory as well.’ So we named it Occidental Reserve. It was also a game changer for us because it kept us in business.”

The Basics at a Glance

Construction: As good as it gets. Seamlessly rolled with an equally impressive cap. The wrapper is even in color, has an attractive oiliness, and devoid of any protruding veins. The cigar is also well packed. I found no soft spots.
Cold Draw: Mostly cocoa and leather with a nutty note.
Toasting and light: Easy. The foot takes to flame fairly quickly.
Base flavors: Roasted nuts, cedar, herbal spice.
Aroma: The wrapper itself has a strong “barnyard” scent. The aroma offers a spicy fragrance.
Retrohale: Creamy with a touch of spice.
Burn & Ash: Perfect. Long firm ashes, mostly grey in color. 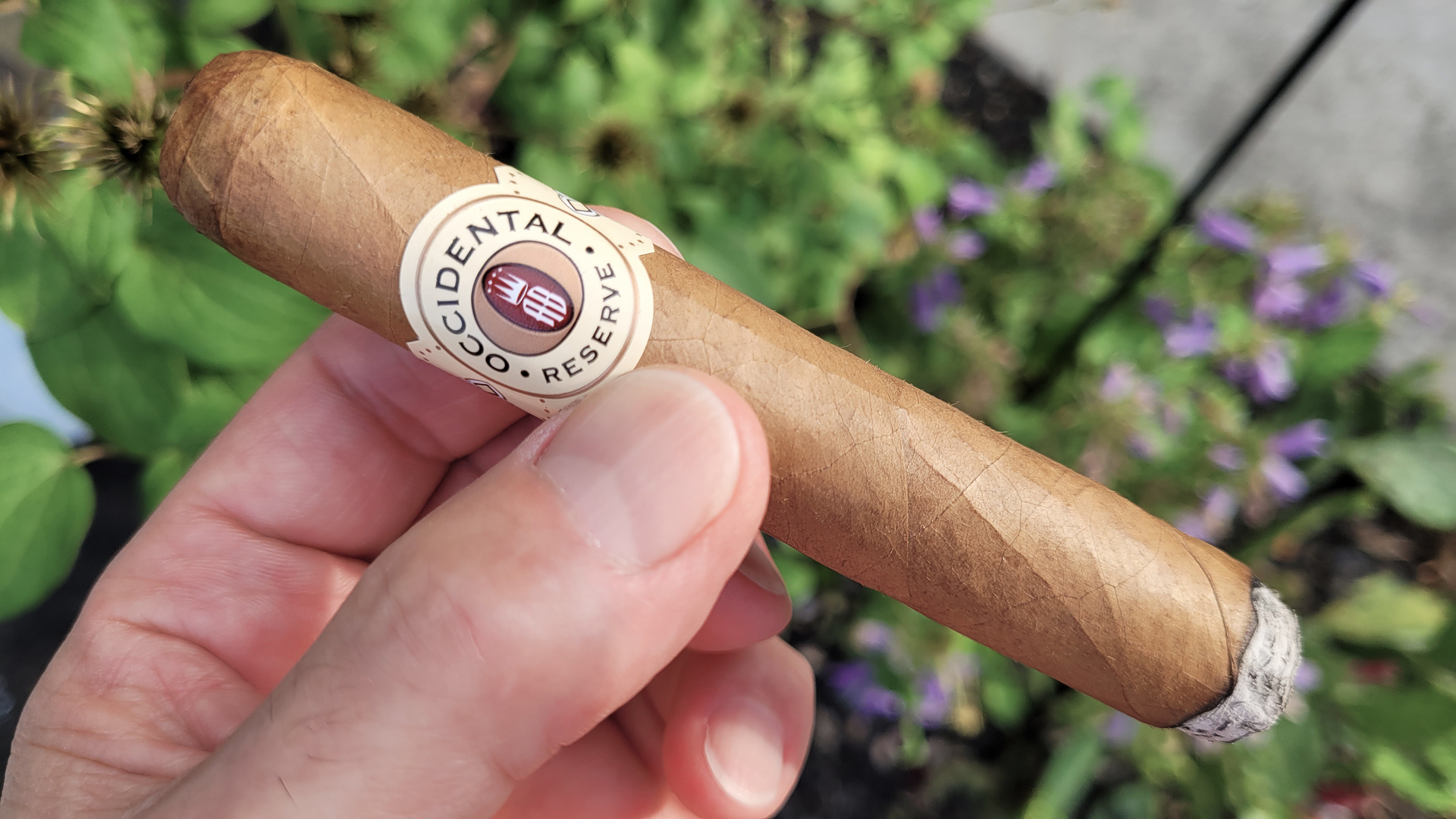 The opening notes are nutty and cedary, getting the cigar off to a great start. A nice firm ash forms pretty quickly. The smoke is very creamy with flavors that continue to offer a mostly nutty and woody profile. Sometimes some bittersweet-like nuttiness enters the mix, and the aroma is also very appealing with a spicy fragrance. 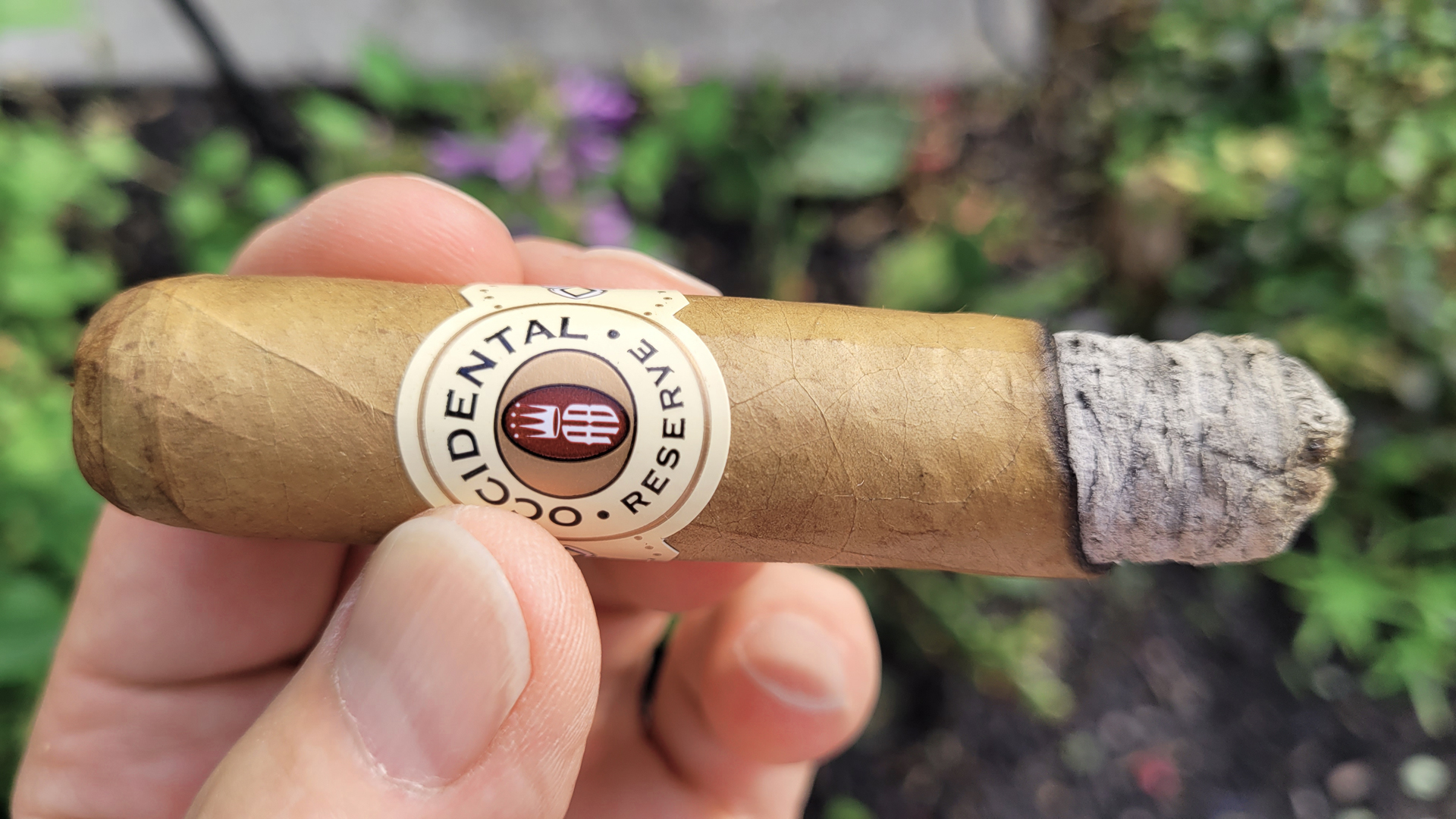 The cigar continues to burn very well. I also noticed that this blend has a richer taste than your average “Connecticut.” This is where the cigar took on a whole new dimension. It rounds out even further, becoming much creamier with a mellow-plus body. It’s also getting more cedary and nutty. The finish is long but a bit on the dry side. 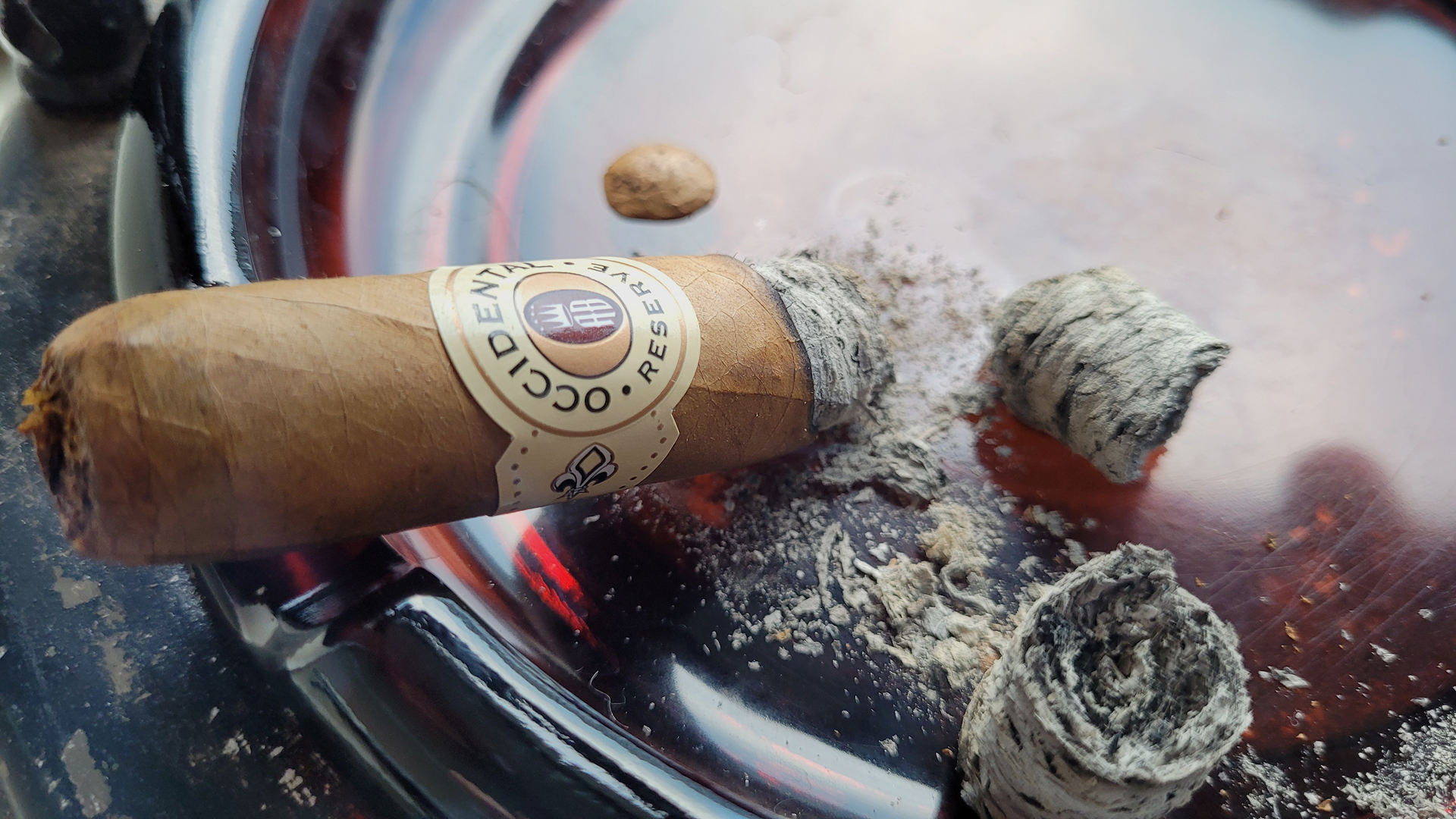 The smoke continues to be impressively smooth and creamy, but it also starts to get bolder and shifts into the medium body zone.  The cigar continues to put out a wad of well-balanced smoke with every puff, and the aroma is still spicy. For the most part the cigar maintains its body and flavor set. And once I got down to the nub, it never tasted charred or bitter, but it did get much spicier. 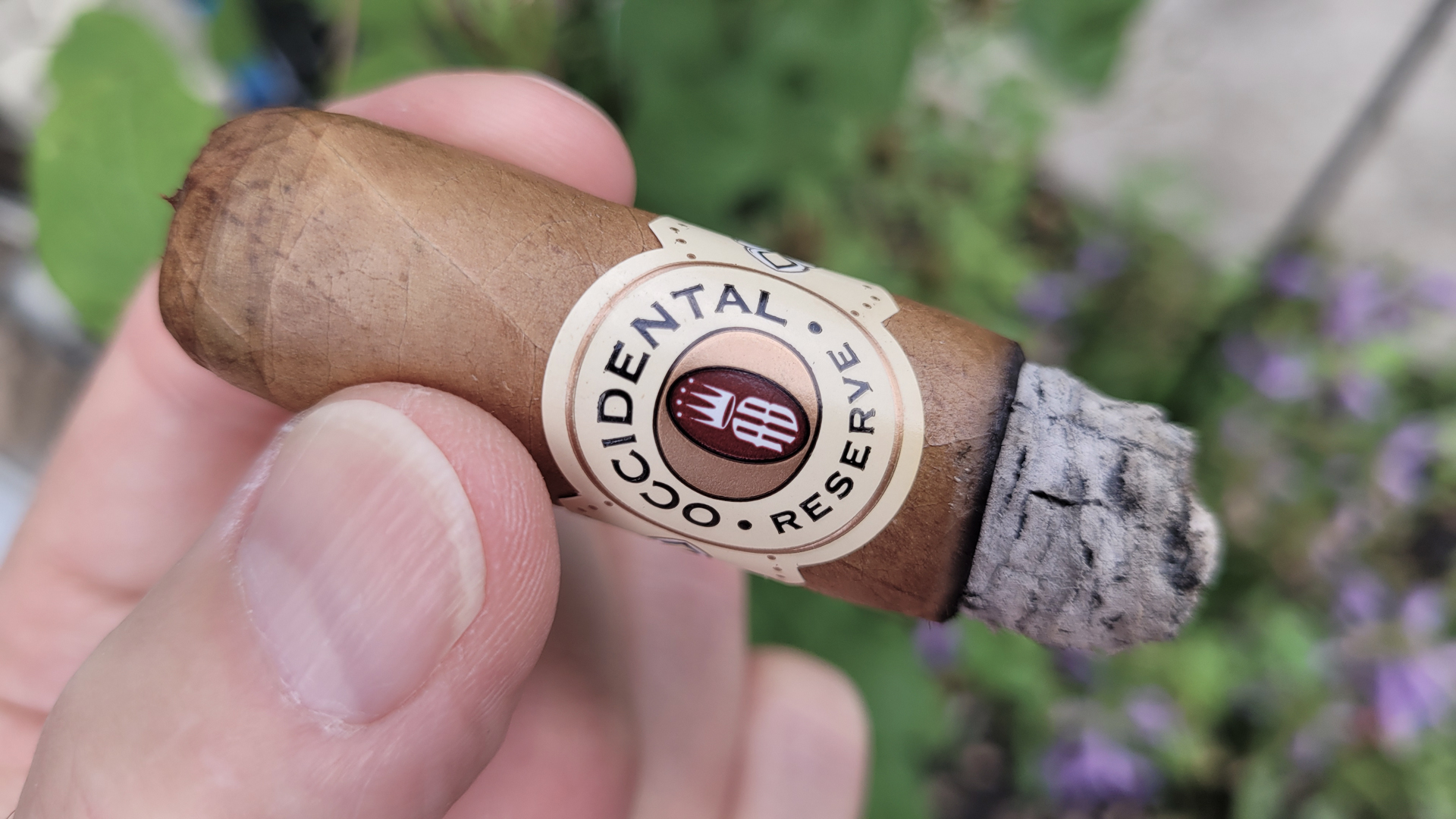 Jack Daniels Old No.7 is famous for its aging in charred oak barrels that give it a sweet and oaky flavor. The nose offers brown sugar syrup, sour raisins, wood polish, and resin. On the palate it’s sweet, with a light body and mouth-feel. Flavors include Dutch chocolate, orange nuances, perfumed wood, and cinnamon, with a chocolate orange, wood polish, and lingering char finish. 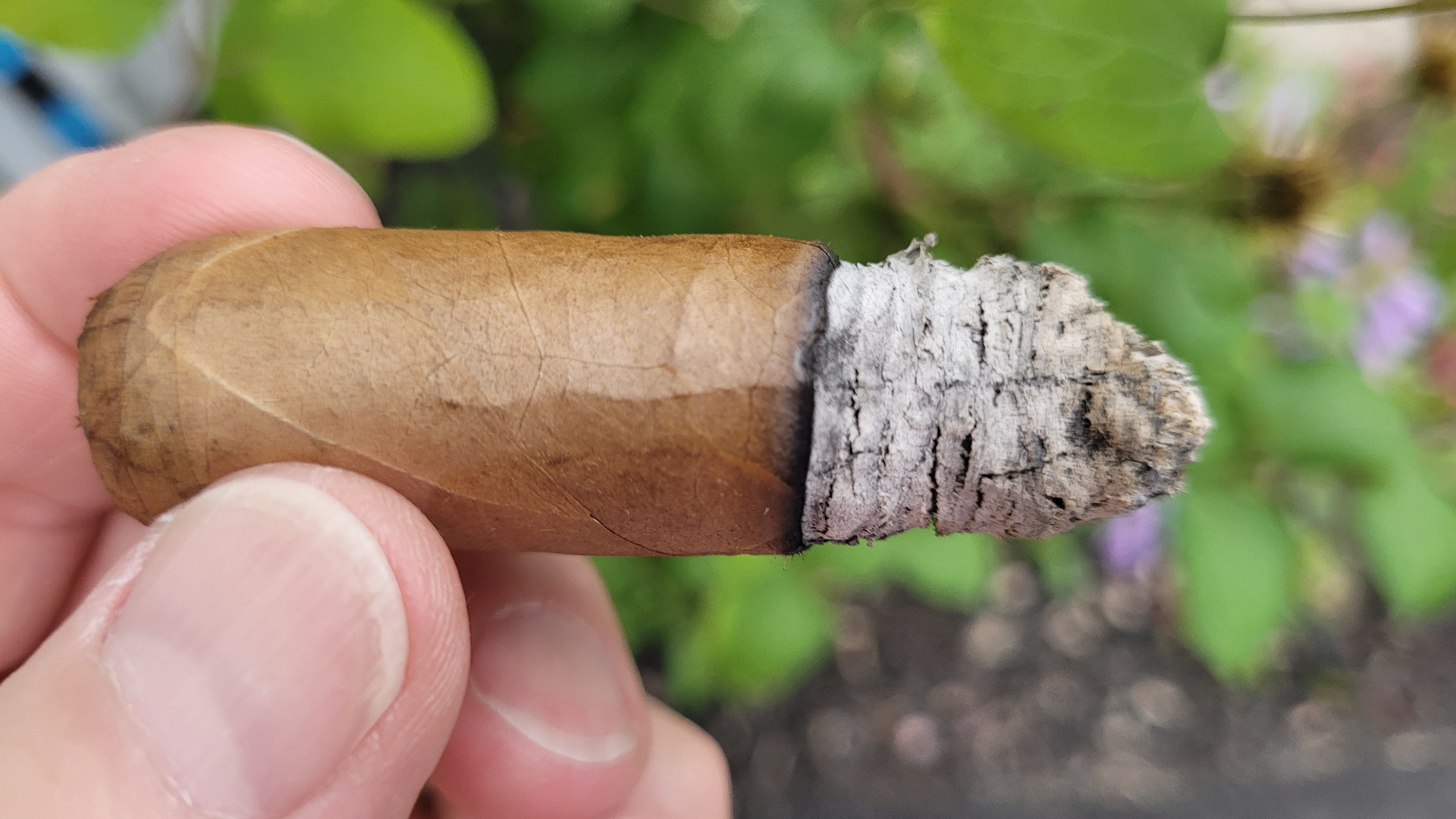 If you love Connecticut wrapper cigars, the Occidental Reserve Robusto is one helluva value. Listed at under five dollars (at press time) they could easily sell for a lot more. You’ve got that excellent Occidental factory construction with a rich, balanced flavor profile, phenomenal burn, and a pleasant aroma.

As for those who call Occidental Reserve a “poor man’s Davidoff;” true, it does share many of the Davidoff and Avo qualities, especially the construction, balance, and consistency. The only area in which it lacks some luster is complexity, and I can easily live with that. 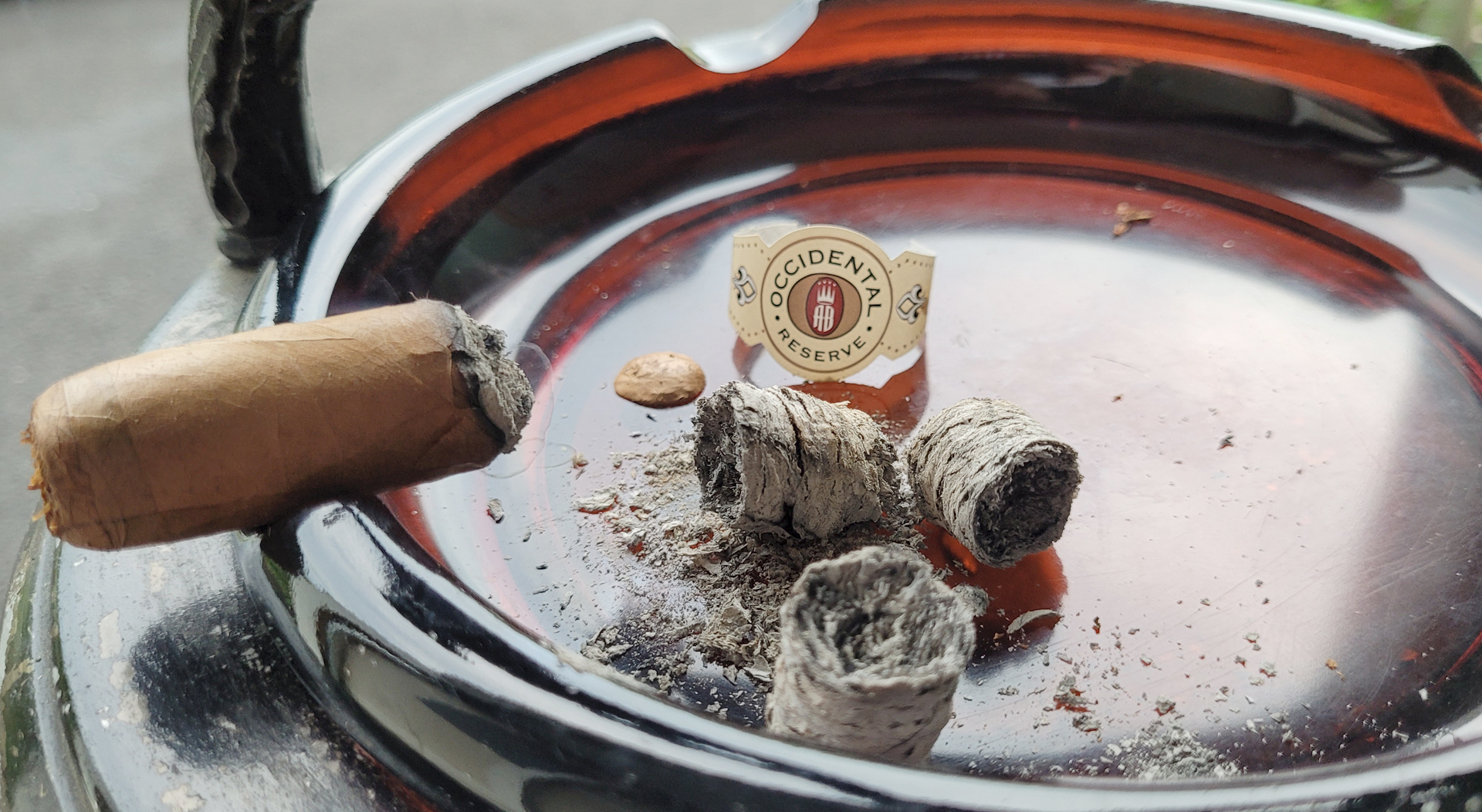 For anyone just getting into cigar smoking, it’s up there with the best starter cigars. The Occidental Reserve Robusto brings outstanding quality in a creamy, mellow, and rich tasting smoke to the table. It’s nice in the morning with coffee, or later in the day with the Jack No.7.

I also see it as a good golf cigar as well as other activities, but as an affordable, satisfying, everyday smoke, it’s pretty hard to beat.

PAX App Solution for iPhones: How to get started