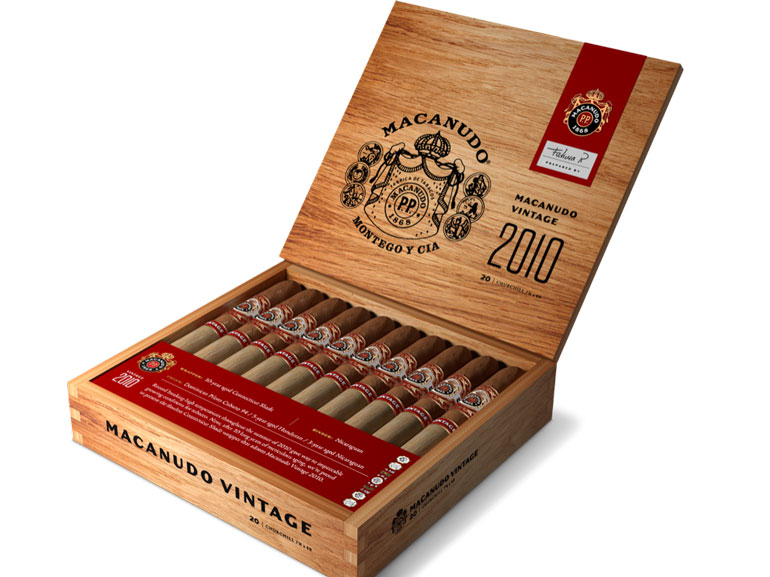 The world’s first Vintage cigar was created by Macanudo nearly 40 years ago to spotlight an exceptional wrapper developed in part by Mother Nature herself. Today, the Vintage tradition continues with Macanudo Vintage 2010.

The 2010 growing season saw the highest temperatures in 25 years in the Connecticut River Valley, with high humidity and optimal rainfall that yielded an exceptionally silky shade-grown wrapper tobacco. Cured and aged for an entire decade, this singular tobacco makes its debut in Macanudo Vintage 2010.

Ernest Gocaj who oversees the Connecticut growing operations for Macanudo said, “We could not have asked for a better growing season than we had in 2010. Yet this is only part of the story. After such a beautiful crop is harvested, the hard work begins again because the most critical process for growing tobacco is curing. Given how unique and special this crop was, we were obsessive in monitoring the tobacco throughout the eight-week curing process, and ultimately brought its very best attributes to life.”

A deeply-aged assortment of tobaccos complement this wrapper. The blend features Dominican Piloto Cubano 94, a proprietary Cuban-seed varietal regenerated by General Cigar’s agronomists over a ten-year process. The Dominican Piloto Cubano 94 is married to Nicaraguan and Honduran leaves, aged three and five years, respectively. The blend is bound with a Honduran leaf.

Macanudo Vintage 2010 will be released on August 17 in three sizes. The cigars are presented in handmade, solid wood boxes.