I’m here today with my second review for LOST VAPE and am pleased to be able to present to you the THELEMA QUEST. The Thelema is a less expensive but still really nice version of the original Thelema Dna250c mod. The Quest however is rated for 200 watts and contains the Quest 2.0 chip like the Ursa Quest and the menu appears to have stayed the same although the output is higher than the Ursa due to it using dual 18650 batteries. The Thelema Quest kit also includes the UB Pro tank that I am very familiar with it and the coils it uses as well as an optional rba for it.

The Thelema Quest kit arrived in what is quickly becoming classic packaging to me since I’ve reviewed and purchased other Lost Vape kits. It has an outer shell with a picture of the device contained within that slides off. Underneath is the two part box with the lift off top that once removed exposes the mod, tank, and accessory pack which sit in a foam cut out. Also included in the kit are the user manuals for the mod and tank, USB-C charging cable, two coils, and a couple 18650 battery wraps.

The Thelema Quest uses two 18650 batteries and is rated for 200 watts. The sample I received is the clear version which I have mixed emotions about. I’ve never been a big fan of clear mods. I think I would rather have one of the carbon fiber series. However, from my understanding, the battery covers for the original Thelema DNA250C are interchangeable with the Thelema Quest. The battery polarity is clearly marked inside the unit and there is a ribbon inside for easier battery removal. As you can see below, the Lost Vape name is on the right side of the mod and on the right side is Thelema Quest with a small Lost Vape logo near the bottom. 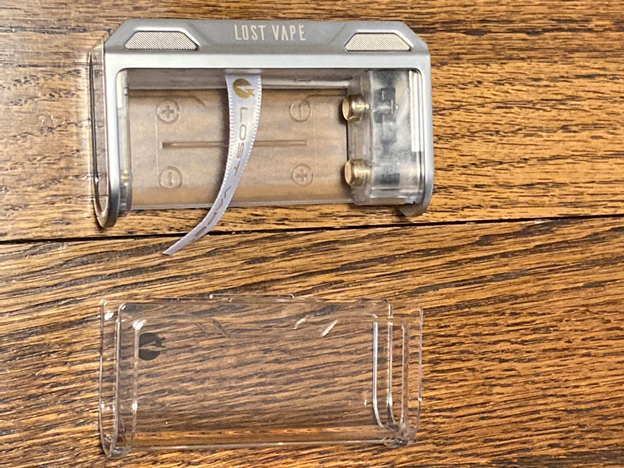 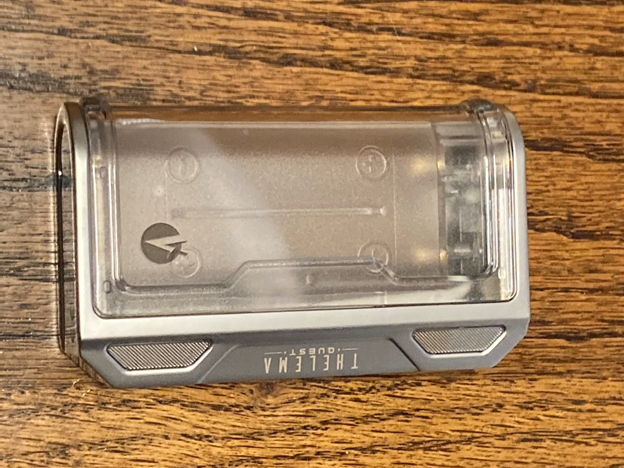 On the face of the mod is the fire button at the top followed by the display screen, + button, select button, and – button on the bottom. Below the – button is the USB-C charging/ update port. 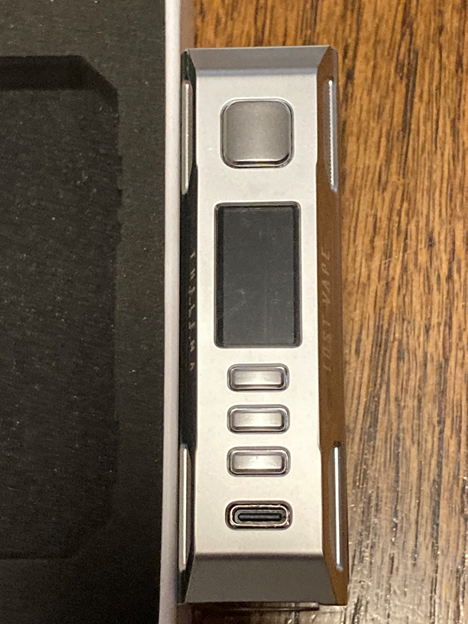 The interface of the Quest 2.0 chip on this unit appears to be the same as the Ursa. It reminds me quite a bit of a DNA interface. The display is clear and easily readable. The information on the main screen is as follows.

Once Settings is selected using the center button the following options are available.

With this type of menu there is no need to remember different button combinations besides five presses of the fire button to turn the mod on and off. There are five modes of operation and one of them is TC-SS904 which is good since the .3 ohm coil can be used with that mode. Simply use the + or – buttons to highlight the mode and press the select button. Then you can use the + and – buttons to scroll through the five modes which are 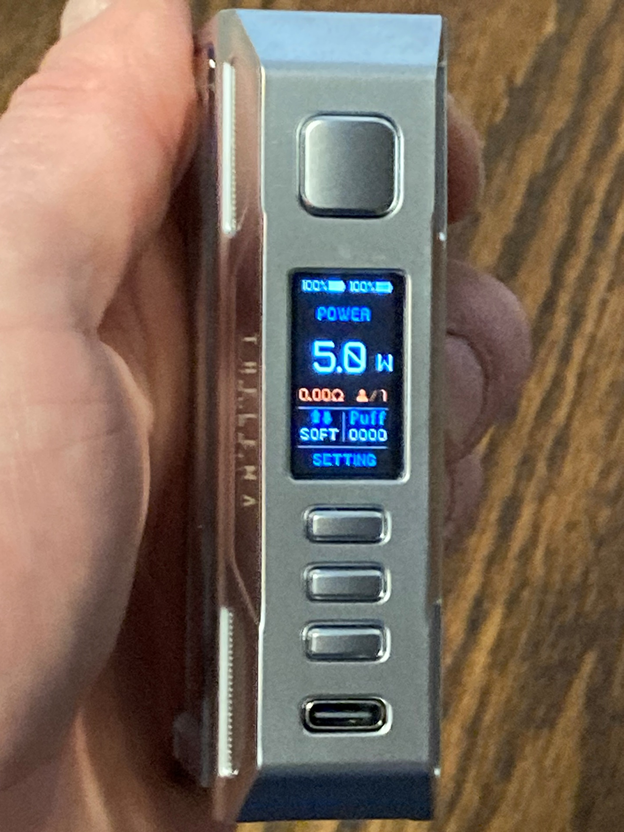 The top of the mod has the 510 connector held in by three screws and contains a spring loaded gold plated center pin. 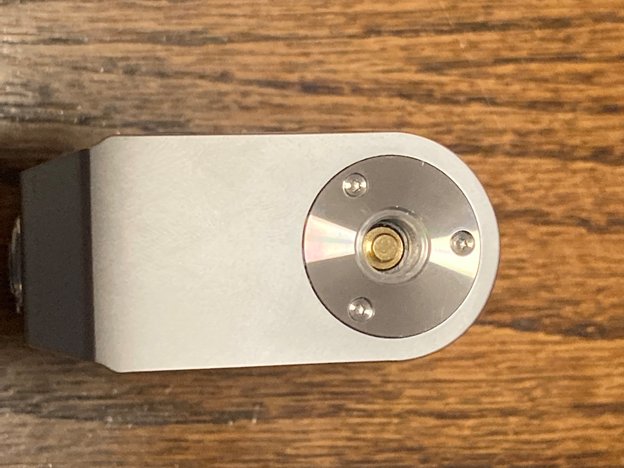 The tank that is included with the kit is the UB Pro tank. The plastic upper section of the tank threads into the 510 base instead of using magnets to hold it like so many other pod tanks that I’ve tested. I very much like this design so you don’t have to worry about the tank spinning or getting knocked off accidentally. Tip for this tank is removable but I find the stock tip very comfortable to use. In case you’re not familiar with the UB Pro tank, it is a side fill tank with a nice large fill port and the rubber plug is very easy to pull away for filling and goes back in place easily. There is the word OPEN and an arrow on the fill port plug so you know which way to pull it. 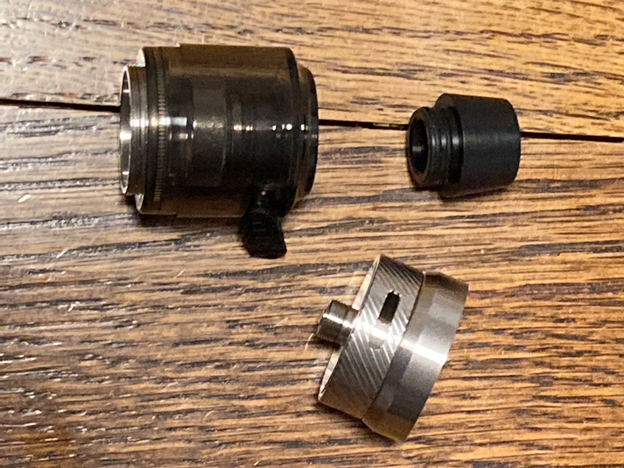 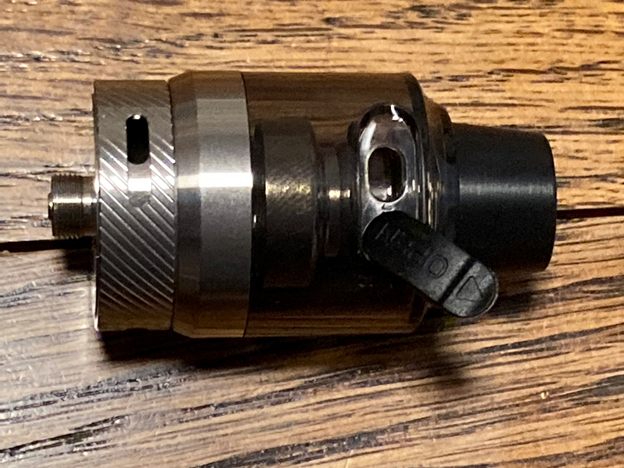 The coils that are included in the kit are the UB Pro P1 .15 ohm coil rated at 70-90 watts and the UB Pro P3 .3 ohm coil rated at 60-70 watts or 260-290 degrees Celsius/ 500-550 degrees Fahrenheit. Both coils produce very good flavor and large amounts of vapor. The .3 ohm coil has been a favorite of mine since I first reviewed and then purchased multiple Ursa kits. Besides the included coils, there is an rba available that I have used and works very well. It is large enough that it is fairly easy to build. I like how the two included coils use different color o rings to make it easy to identify which coil you are using. 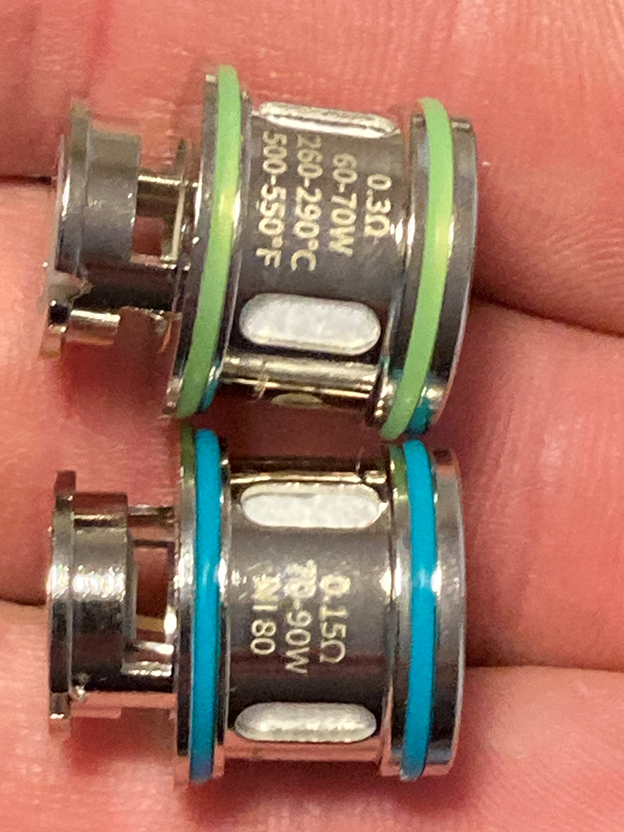 I was excited to receive the Thelema Quest and was not disappointed. It works very well and with the dual 18650 batteries I experienced very good battery life. As normal I ran both coils with lower than recommended settings. Like I mentioned, I prefer the .3 ohm coil and ran it 45-48 watts and very much enjoyed the flavor and vapor production.

I don’t hate the clear model but would have much preferred one of the ones with the carbon fiber battery cover. It is very nice how clearly the battery polarity is marked and the ribbon inside makes battery removal a snap.

The Thelema Quest has a very user friendly interface and with five modes of operation, three user records, different color displays, three firing boost modes, a .96 TFT display and the very flavorful and well performing UB PRO tank it’s hard to go wrong with this one in my opinion.

I guess if there was one thing I could change then I’d like to see the tank made of glass or a combination of glass and stainless steel instead of being plastic. I do like that it’s so easy to fill without making a mess and that the pod section threads onto the base rather than using magnets to make it more secure.

So would I recommend the Lost Vape Thelema Quest kit for you? Well, if you like dual battery mods and like the form factor of the Thelema but can’t or don’t want to afford a DNA version then this is a really good option to try one without having to drop a lot of cash. Also the tank is 510 threaded so can be used on any mod and the coils are very good flavor producers with the option of purchasing the rba separately if you don’t want to stock up on coils. I would definitely recommend the Thelema Quest if the form factor is a good fit for you.

I’d like to thank Lost Vape and Chloe for sending the Thelema Quest kit for this review. Thanks go out to the readers as well. I greatly appreciate you taking the time to read. Below is a link to the website for your viewing pleasure. 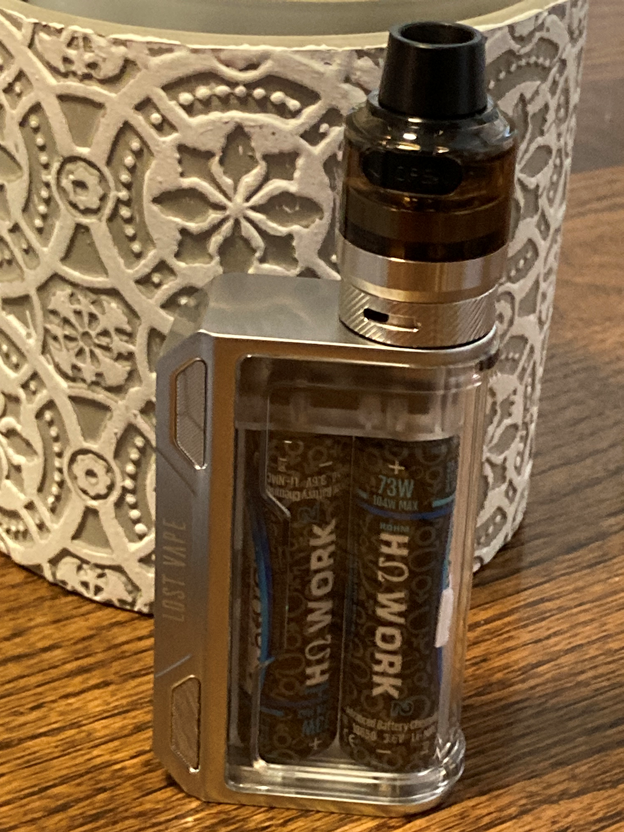