Today I have yet another tank from Geekvape that was sent to me for the purpose of providing this review. This tank is the new Geekvape Z MTL Tank that is specifically designed for MTL vaping. I knew almost nothing about the tank before receiving it and was thinking that it was going to be an RTA but in fact it is not and uses the A series coils. Like many other Geekvape tanks, the Z MTL makes use of top to bottom airflow in order to provide very good flavor. 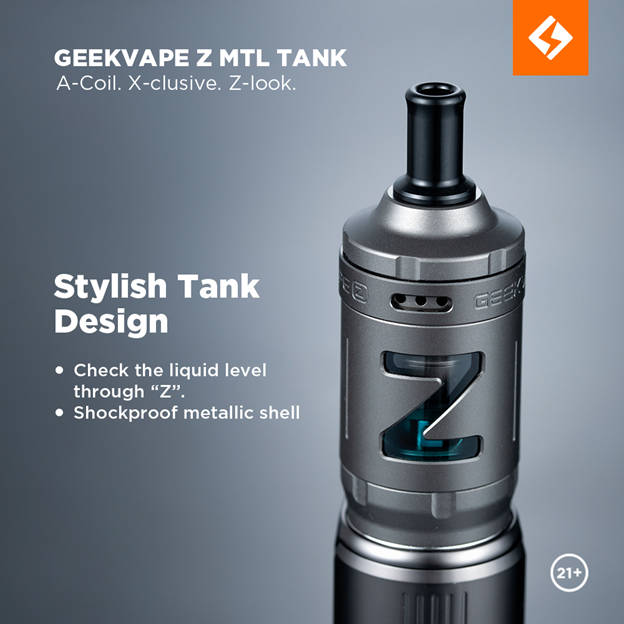 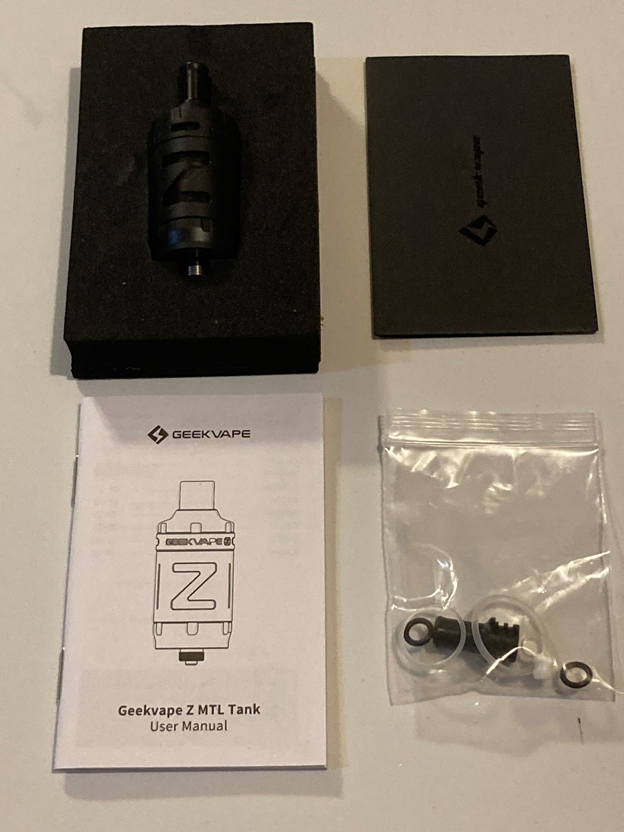 6. Protected by the metallic shell, more resistant to breaking

7. Fit for Geekvape A Series Coil bringing you dense flavor and satisfying throat-hit

The Z MTL Tank arrived in standard reviewer sample packaging with the outer black sleeve and the two part box with the tank in a foam insert and the user guide, spare coil, o rings, and spare drip tip underneath in a separate box. The Z MTL uses the A series coils and the .8 ohm coil rated for 12-16 watts was pre-installed in the tank while the 1.2 ohm coil rated at 8-12 watts was in the accessory pack.

I was a little surprised to find that there wasn’t a spare glass included in the kit but after inspection of the tank I understood why. The glass on this tank is not replaceable. It is protected by the cage with the Z cut outs so breakage shouldn’t be an issue. 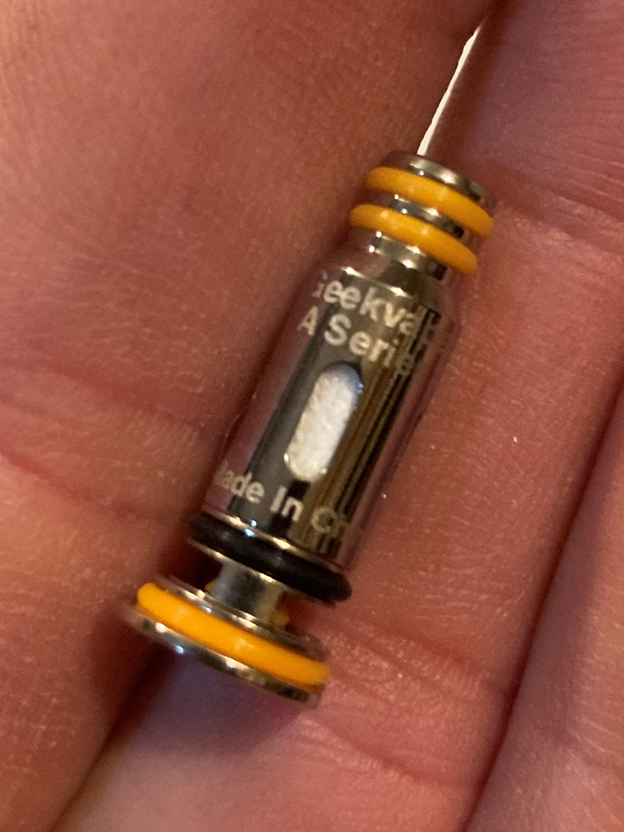 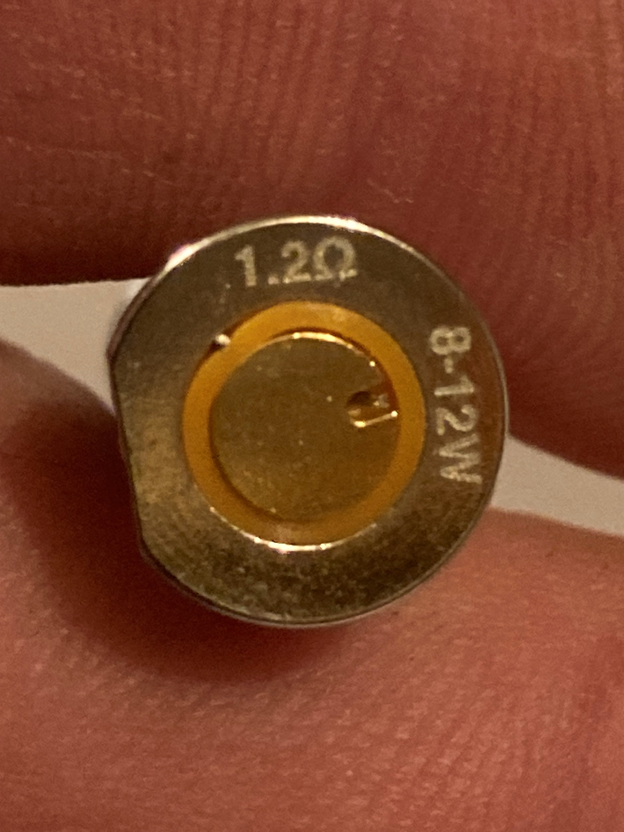 The drip tip installed on the tank is rather skinny and reminds me a little of tip from the Siren V4 that I reviewed. It is in fact a 510 drip tip so you can put your favorite one on the tank if you prefer to. The top cap is ¼ turn to remove as we’ve become quite accustomed to seeing on many Geekvape tanks. On this one though, the drip tip has the o rings on it rather than being inside the top cap like the P Tank was. On the under-side of the top cap is a single seal to keep the top from leaking. 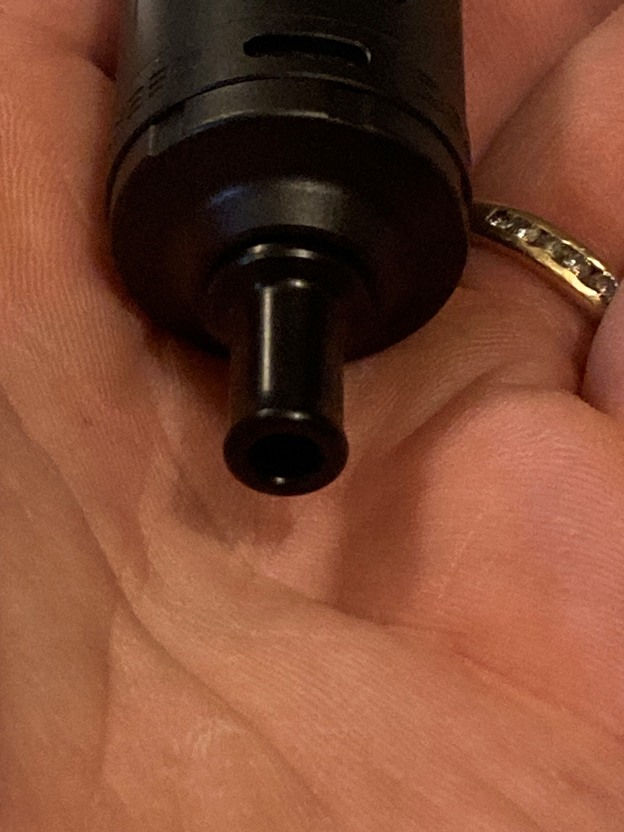 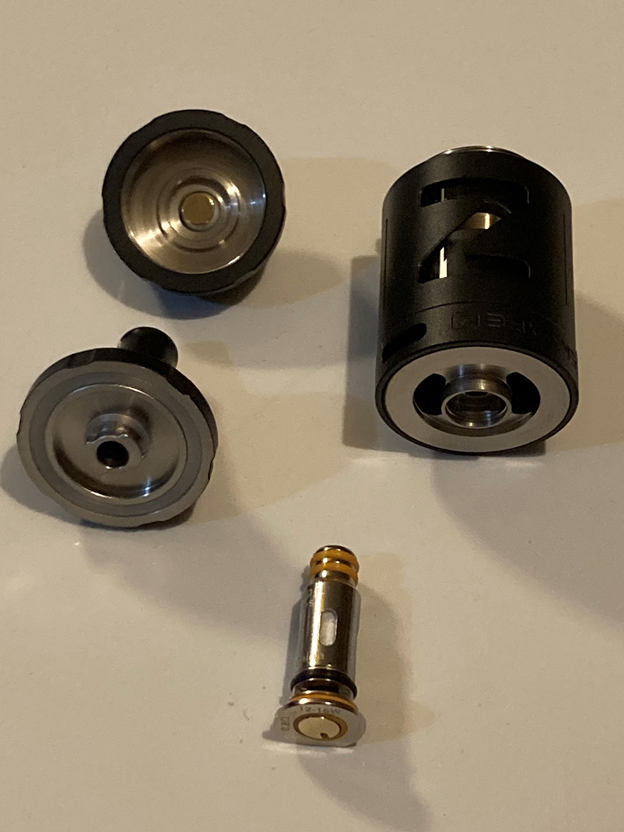 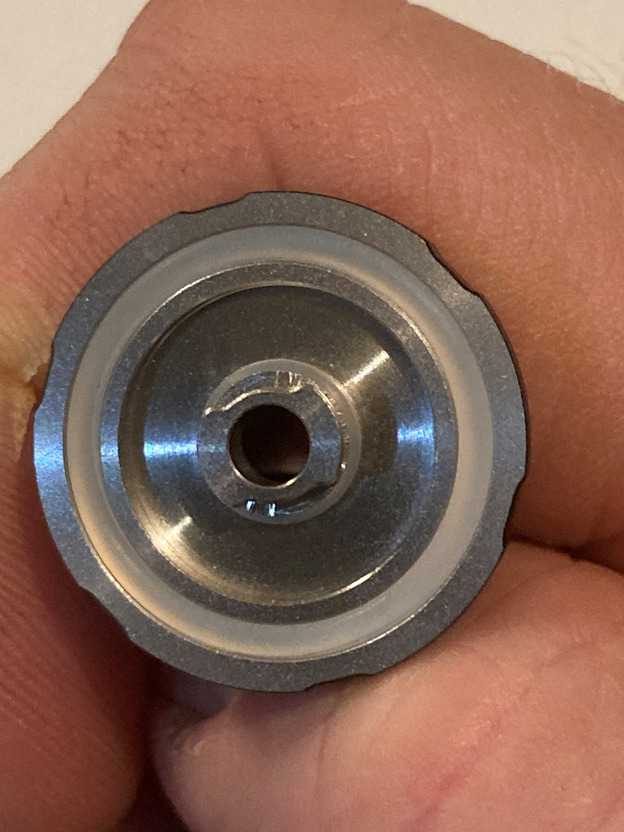 Directly below the top cap is the airflow control ring which has two sets of three holes opposite of each other to provide either a tight MTL or a very loose almost to the point of and RDL with all the holes wide open. Beside each set of holes is “GEEKVAPE Z” stamped into the ring on each side.

Rather than have the usual glass section like most Geekvape tanks I’ve used, this one has a metal cage protecting the glass portion except for the large Z cutout that allows you to see your liquid level in the tank. Also, of course it’s a slightly sly way to brand the tank since obviously anyone that sees it and is familiar with Geekvape will know it’s one of their tanks.

The bottom cap of the tank has notches in it to allow an easier grip on it and is tapered at the bottom like the P Tank that I recently reviewed. I’m assuming this is for aesthetic reasons. 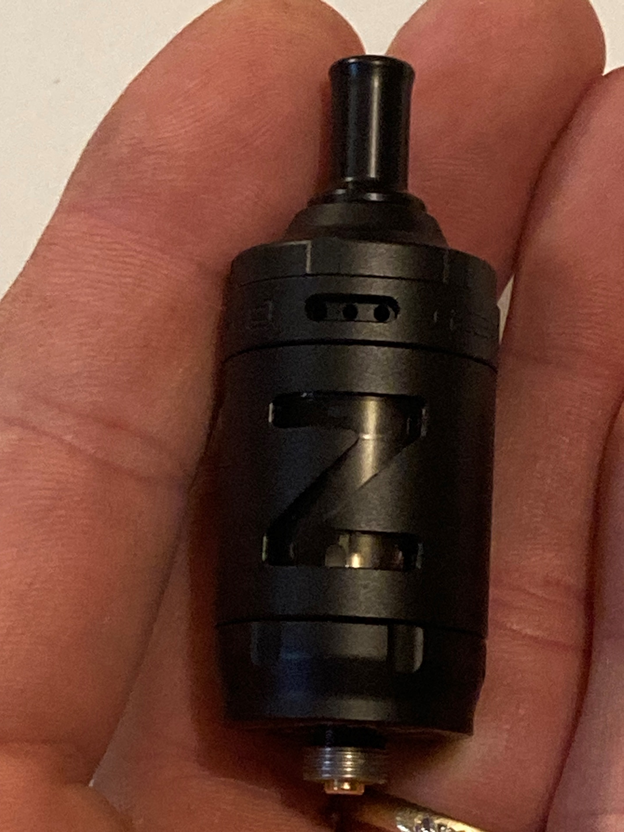 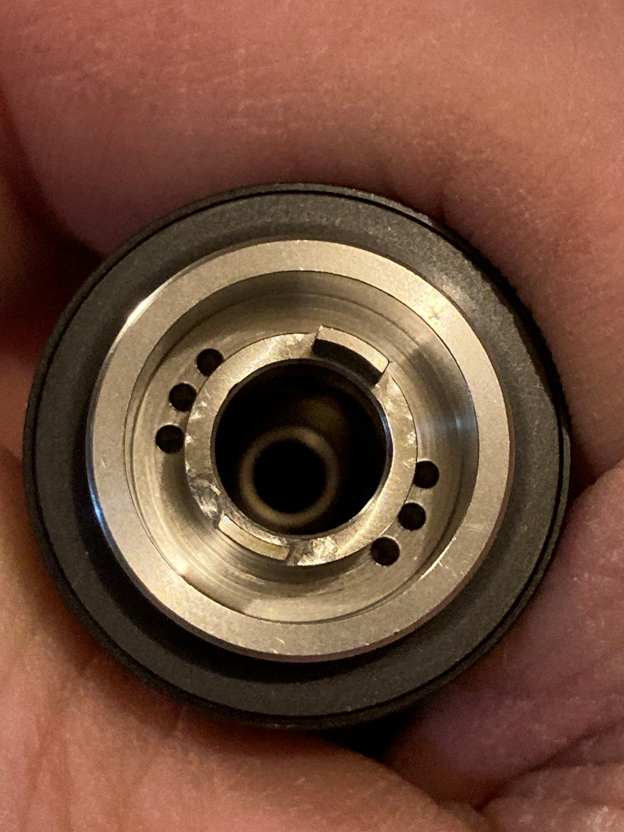 I found the Geekvape Z MTL Tank to be pleasing aesthetically and thought that it performed well with the included coils. I got very good flavor from the coils and plenty of vapor production for a dedicated MTL tank.

The airflow with all three holes open is where I ended up running it the most for a very airy MTL vape almost bordering on an RDL. I was a little surprised that there weren’t different sized smaller airflow holes to allow the user to easily tighten the draw for a tighter MTL. However, you can adjust the three holes that are there all the way down to a partial hole if you like a really tight MTL.

I was a little disappointed that the glass is not replaceable since it will make it a little harder to clean but with the cage around it, breakage shouldn’t really be an issue.

I was hoping that it was going to be an RTA rather than a tank with drop in coils but I think it was well thought out and performed as it should. I would have liked to have seen more than the 2ml liquid capacity.

Overall, I thought the Z MTL performed well but would have preferred if it was an RTA. I would like to thank Geekvape and Allison for sending the Geekvape Z MTL tank for this review. Thank you also to the readers. Below is a link to the Geekvape product page.