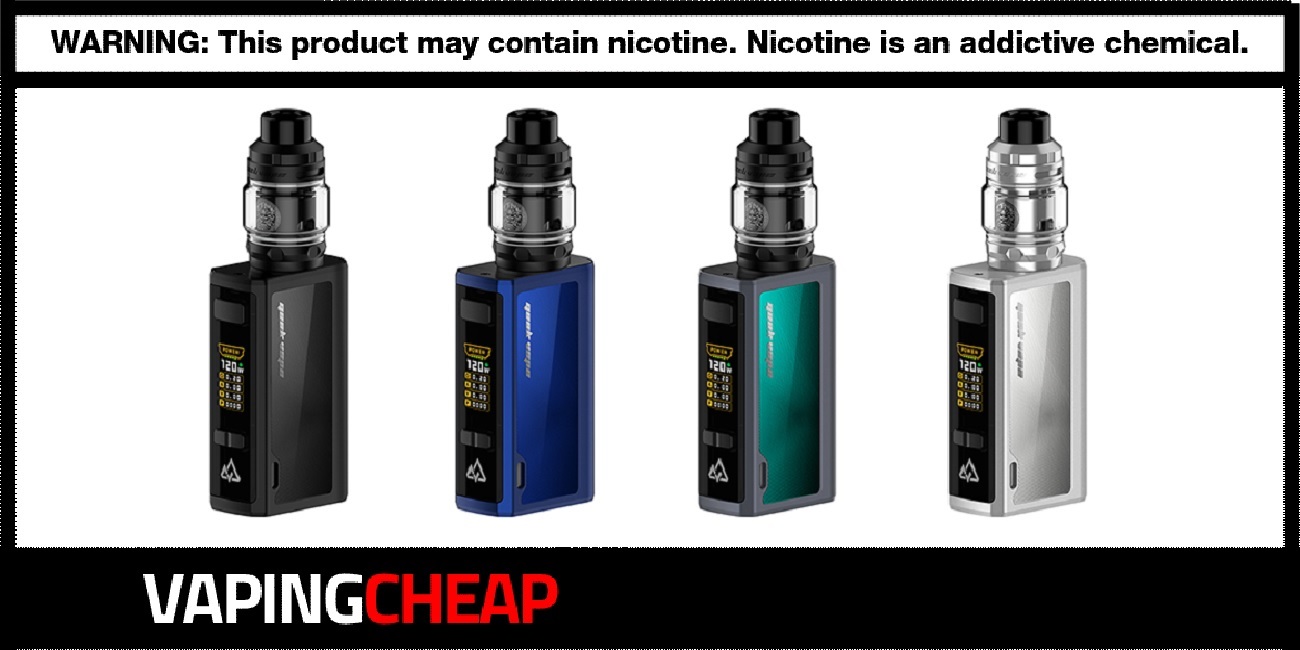 Here’s where you’ll find the best deals and discounts for the Geekvape Obelisk 120 FC Mod and Full Kit. Buy the mod for only $45.99 after using the code “OFCM“. You can also get the full 120w vape starter kit from a USA based store from only $54.39 when applying the coupon code “FLASH15“.

Geekvape’s Obelisk 120 FC Mod utilizes a built-in 3700mAh battery and provides 120w max. Additionally, it has a number of vaping modes available such as temperature control, bypass and more. Although the Obelisk 120 packs such a large battery, it keeps a pretty small size.

To keep you safe, there are multiple safety protections built-in as well, which is always a good thing. Now, the best part is the charge speed. It supports 65w PD fast charging, so you’re back to vaping in no time!

The Obelisk 120w starter kit includes the newer Geekvape Zeus Sub Ohm Tank. This atomizer has an overall diameter of 26mm and a maximum e-juice capacity of 5ml. Filling this tank is such a breeze thanks to the top fill design.

Furthermore, you get two Geekvape Z Coil Heads in the box. The first is a 0.2 ohm coil and the second is a 0.4 ohm coil. Both are excellent when it comes to both flavor and clouds. Lastly, it does have an adjustable top airflow system.

If you’re looking for a mod that houses a large internal battery and can charge fast, then look no further than the Obelisk 120 FC Kit by Geekvape. You won’t be disappointed with the mod itself or the full 120w starter kit.