Hello again and welcome back everyone for today’s review of a couple new pod styled devices from Geekvape. Both devices are identical to each other in appearance but that’s where the similarities end as these are 2 completely different devices with one having fast charging capabilities and another feature over the other version, so lets get to know both devices a little more in detail before my review of each one.

INCLUDED IN THE BOX FOR BOTH DEVICES

FEATURES OF THE AEGIS 1FC

FEATURES OF THE AEGIS 1

BOTH ARE TOP FILL

BOTH HAVE TYPE-C CHARGING

PODS ONLY FIT IN ONE DIRECTION FOR BOTH DEVICES

MOUTHPIECE ONLY FITS IN ONE DIRECTION FOR BOTH DEVICES


You will have to disregard the packaging because it’s sample packaging for reviewers, your retail packaging will be different. Inside were both the Aegis 1FC and Aegis 1 with a type- c charging cable, user manual and second pod. Unlike some devices the coil can’t be changed in both devices but rather the pods have to be changed when it’s lifespan is over.

Both devices are attractive with the Aegis 1FC version looking like Denim jeans and the Black Aegis 1 version having the appearance of a leather wrap.

The Black Aegis 1 version does feel like a leather wrap while the Denim Aegis 1FC felt like wax to me when I first started to use it, it does not feel like that anymore though after using it for some time. Weight is a very light 70 grams. 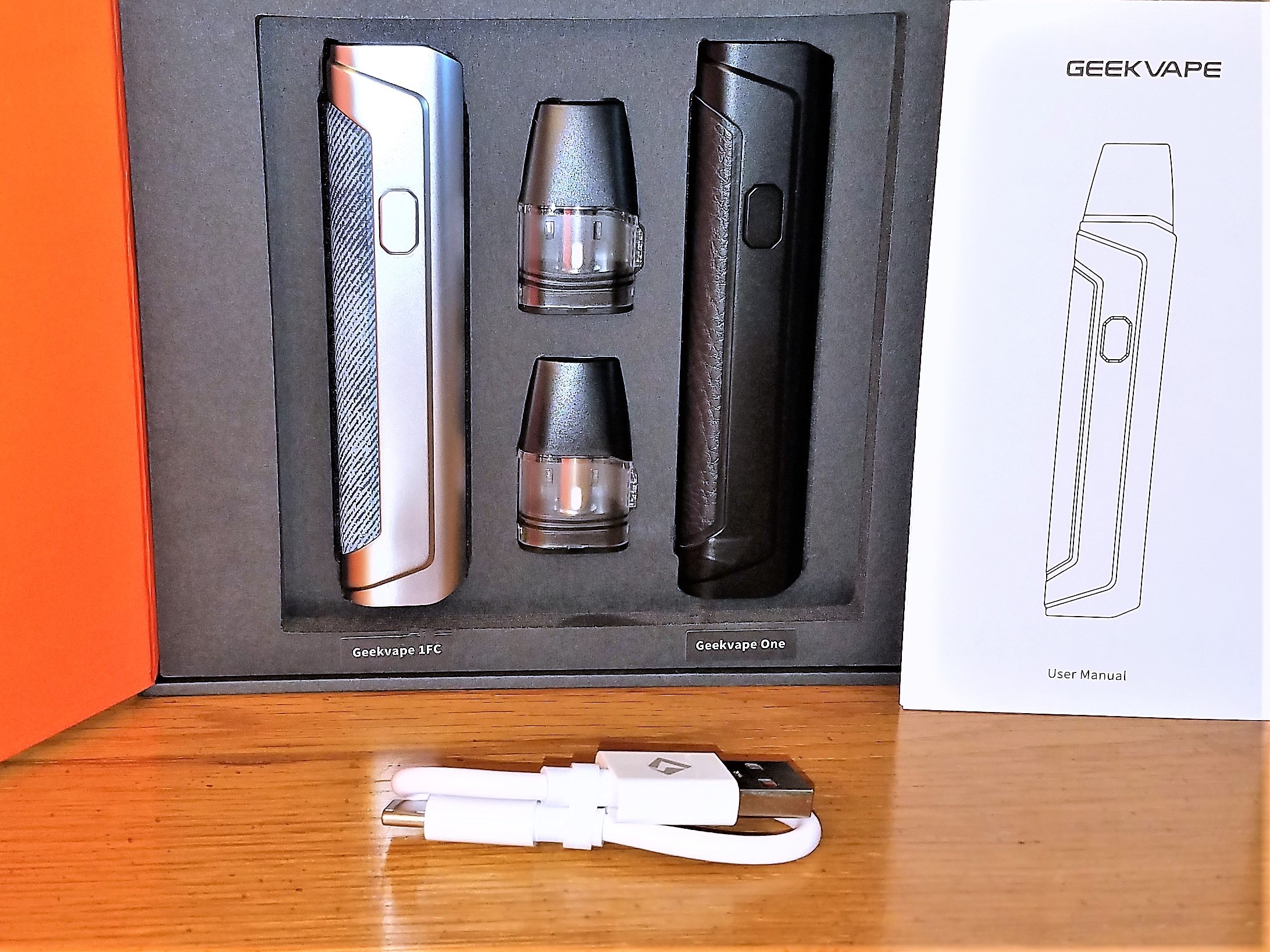 Starting at the top we have the pod itself which is attached using magnets as most pods do, the pods as well as the mouthpieces can only go on one way.

2 coil contacts on the pod connect with 2 spring loaded pins inside the device, both of these devices can be fired by using auto-draw or manual button press.

One thing I need to point out right away is that the pod as well as the mouthpiece go on one way only, the pod will simply attach to the device without any effort, the mouthpiece on the other hand must be securely attached or you will get some juice in your mouth and possible leaking, make sure you hear the click when installing the mouthpiece. 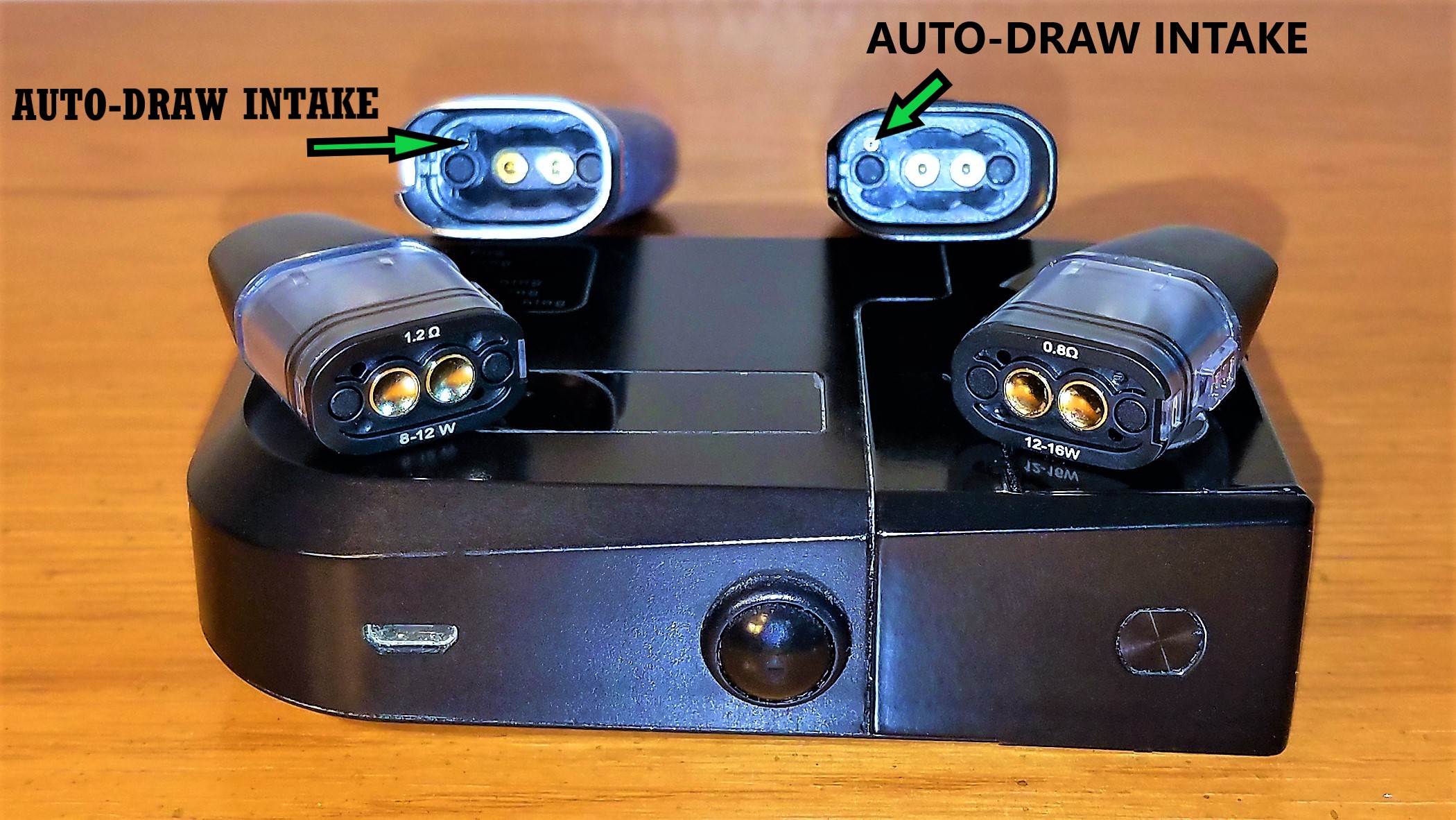 Some information that is stated on the box and a small pamphlet that was included with the kit, disregard the last sentence of the pamphlet, what they meant to say was auto-draw. 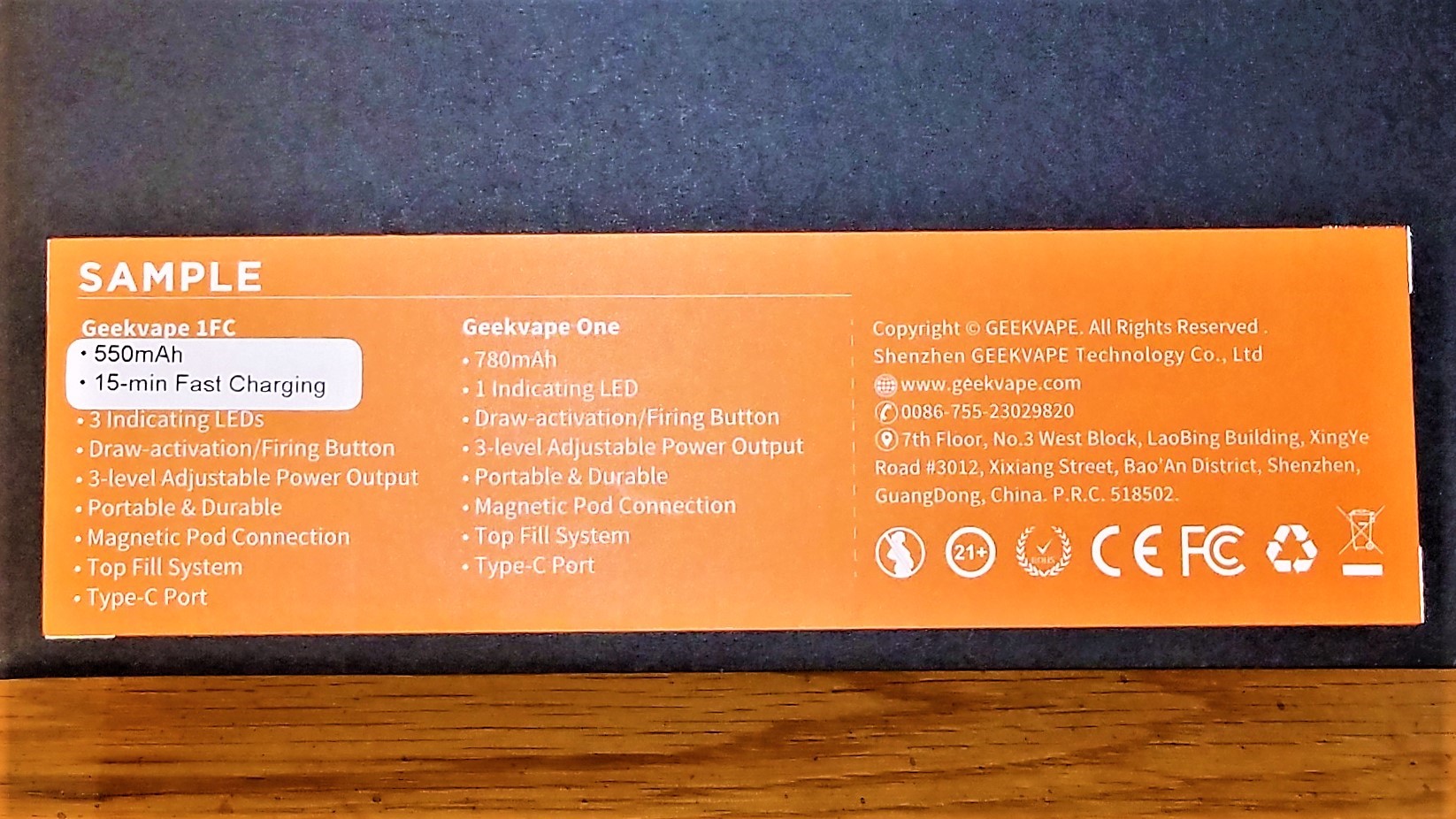 Getting back to the pod as was mentioned earlier this is a top fill pod that is very easy to do, simply tilt the mouthpiece to the side that’s slanted downward and the mouthpiece will pop off exposing the large filling hole on one side and the smaller air bleeder hole on the other side, the air bleeder will allow air to escape when filling preventing a mess from happening. Your airflow intake hole is in the center next to the #3. 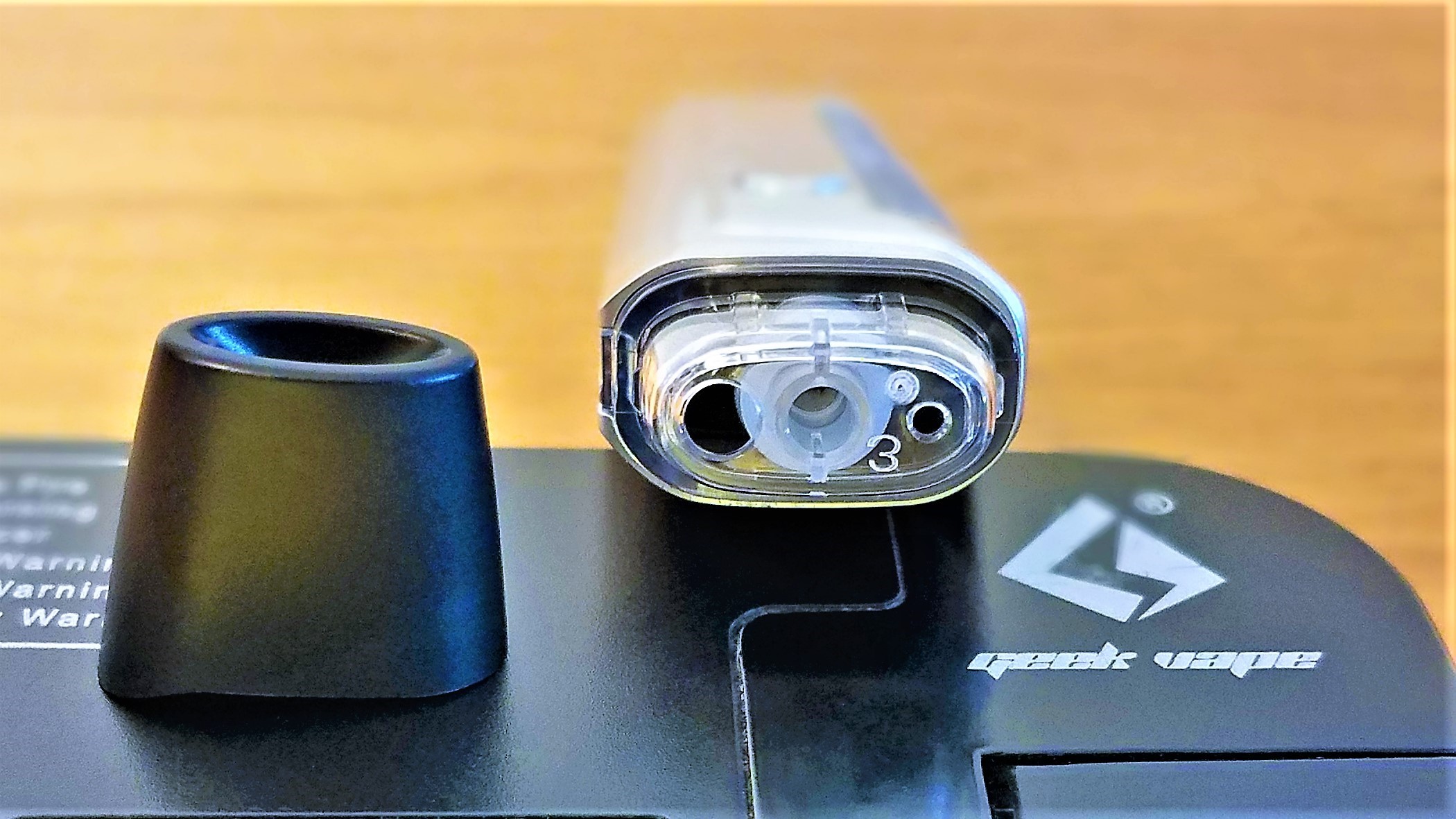 Both devices use type -c charging that is located on the bottom of the device, normally that would irk me but with both of these devices being so thin I prefer to lay them on their side rather than chance knocking them over, I know there Aegis tough but I like to keep my devices in the best pristine condition as possible so the bottom charge spot is fine with me. 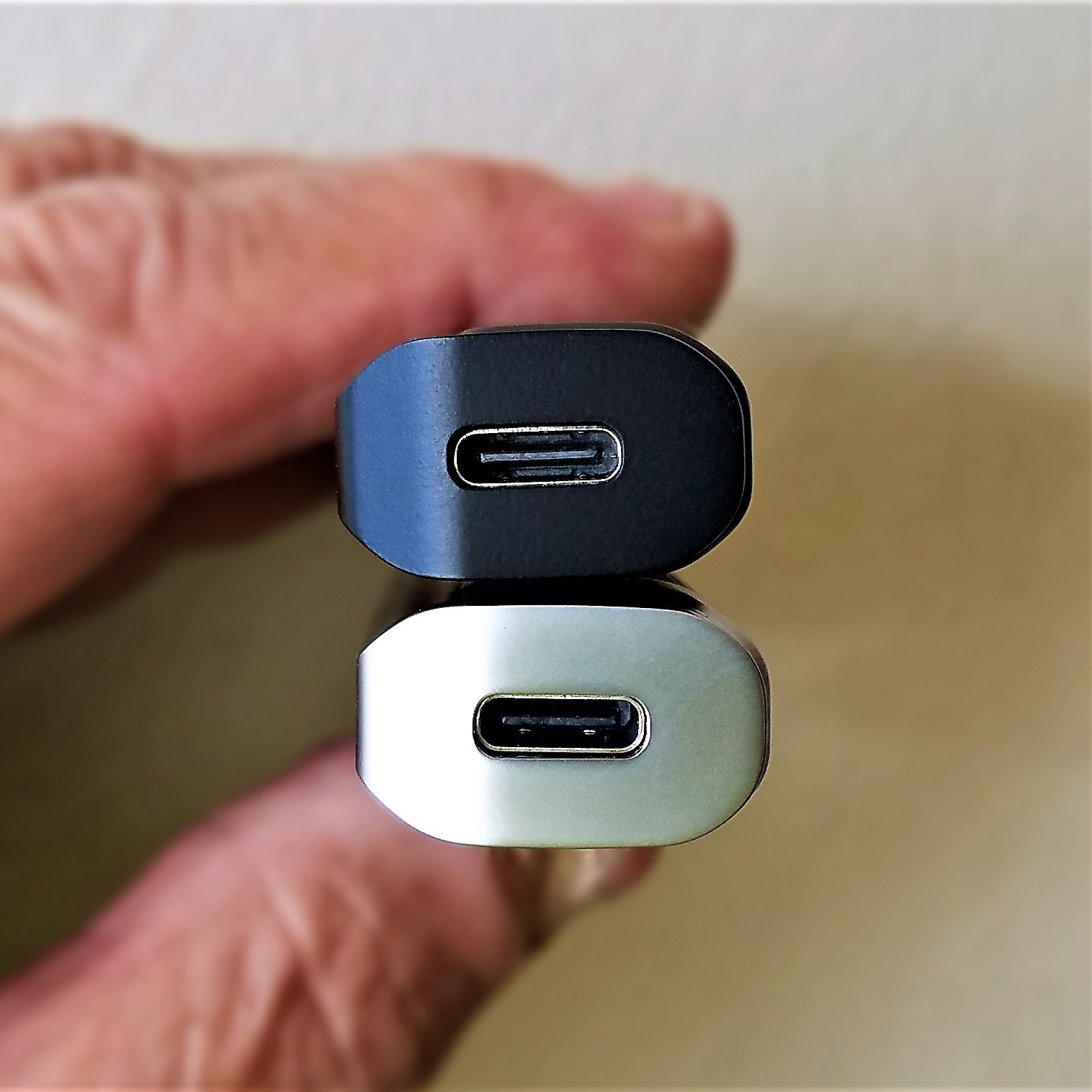 Both of the pods sent to me are attractive with the denim standing out more, the texture of the denim felt like wax for the first few days of testing but that wax feel is now gone 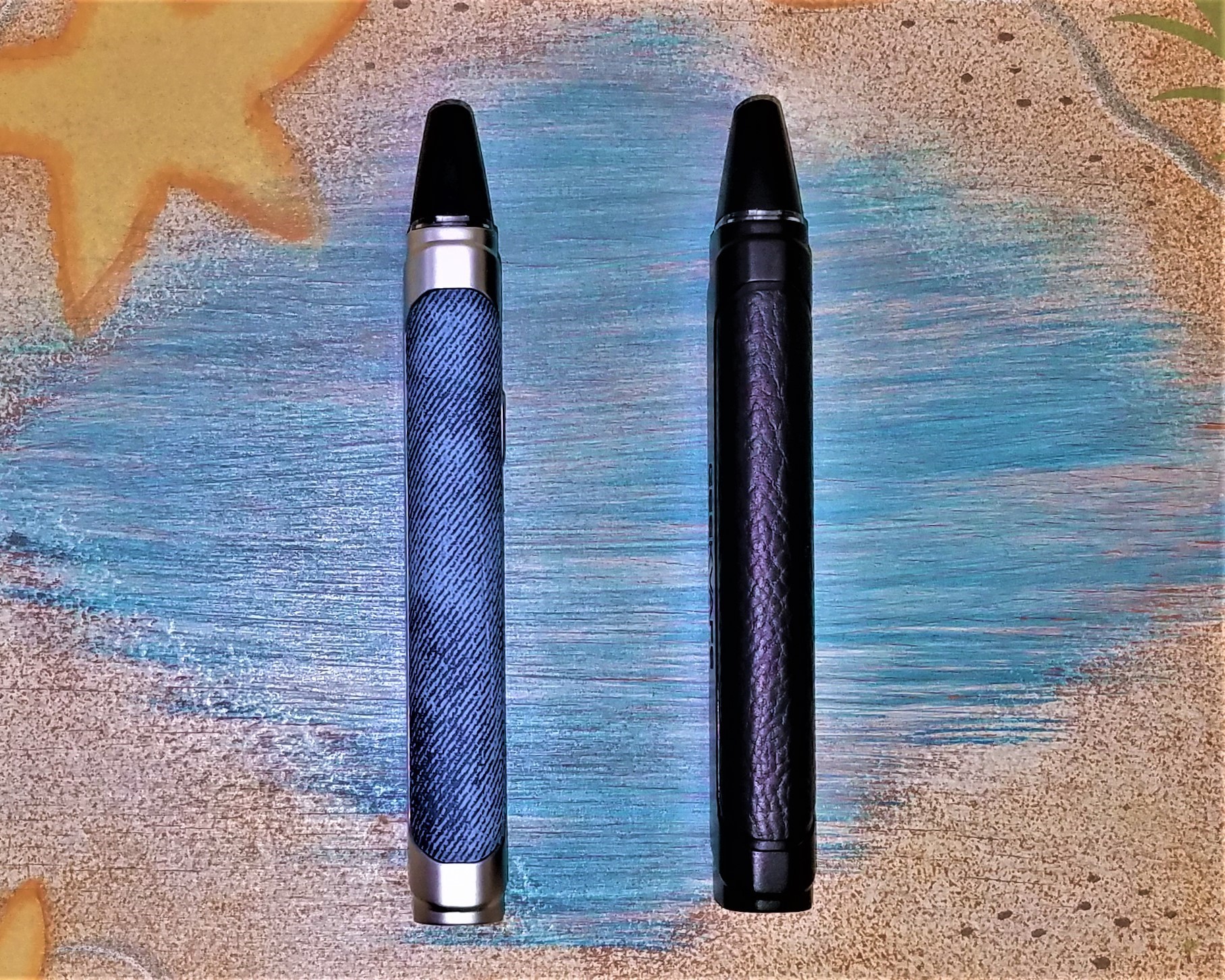 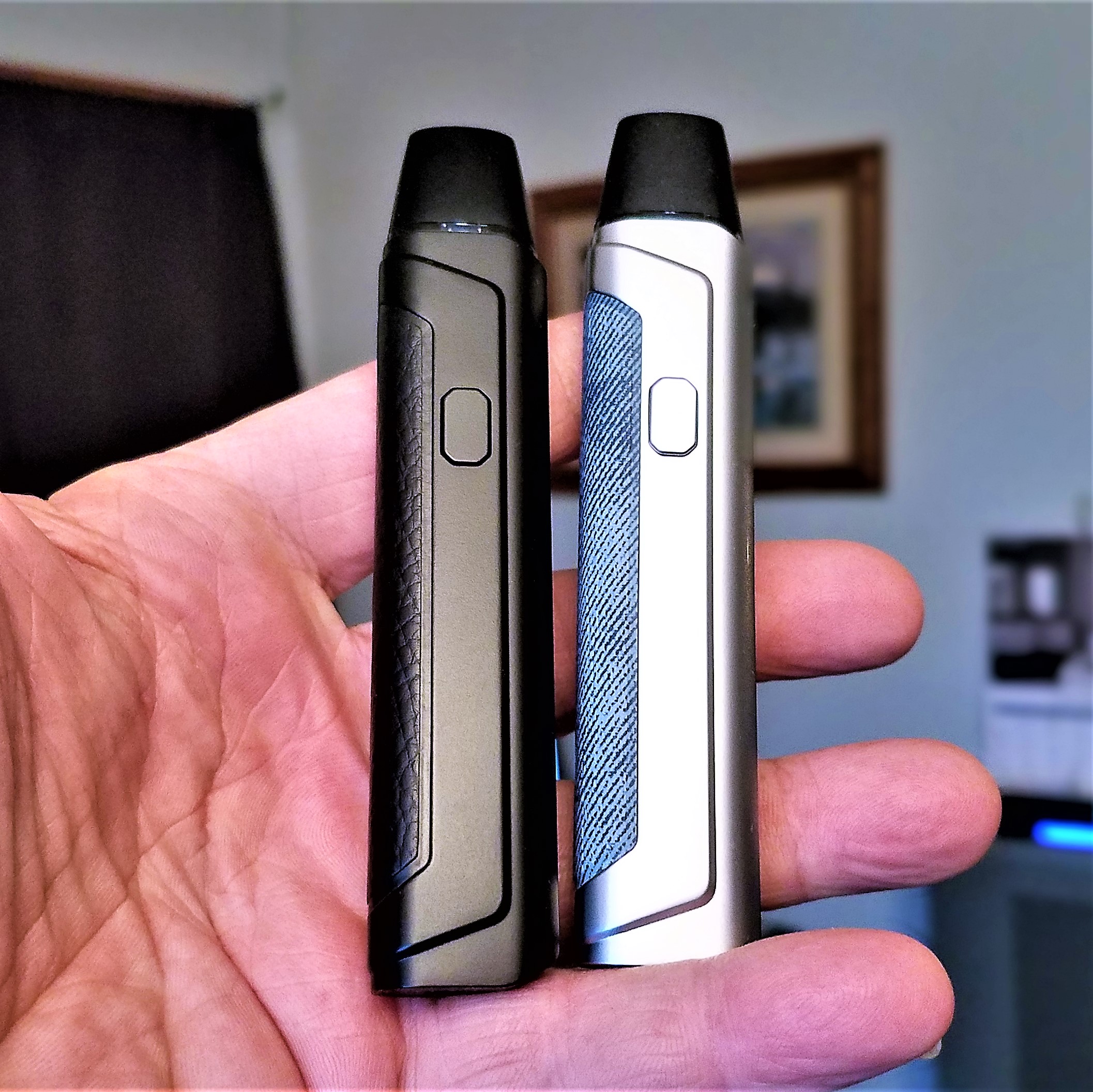 On the Aegis 1FC you have 3 LED lights where as on the Aegis 1 you only have 1 LED light. Why Geekvape did this baffles me. I could care less about the amount of lights on a device, all I care about is function and performance. 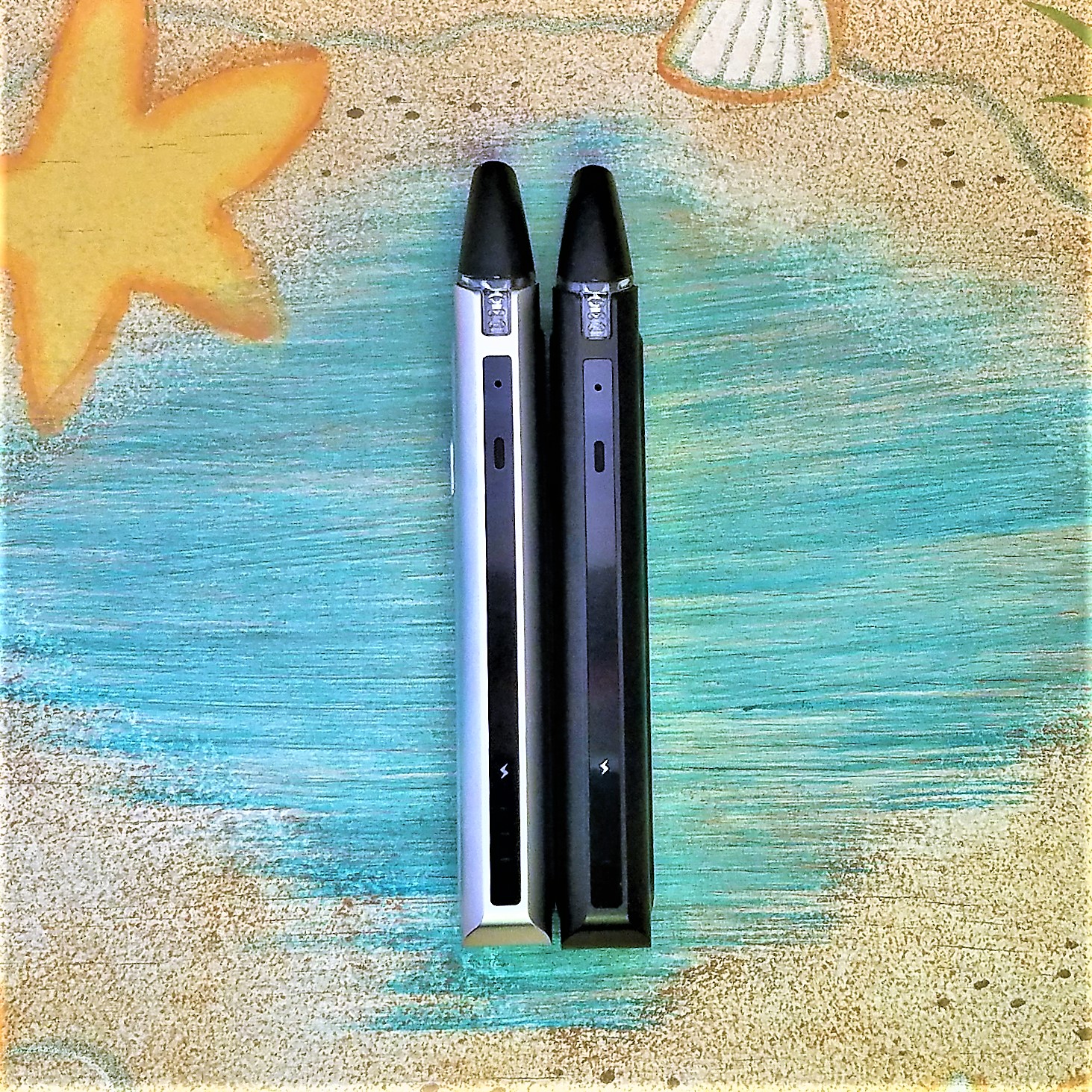 The top Silver Denim Aegis 1 FC has 3 LED lights while the Black Aegis 1 has only 1 LED. Both will show power levels as well as battery depletion by the color of the LED but the Aegis FC will drop lights as well as color when the battery begins to deplete. 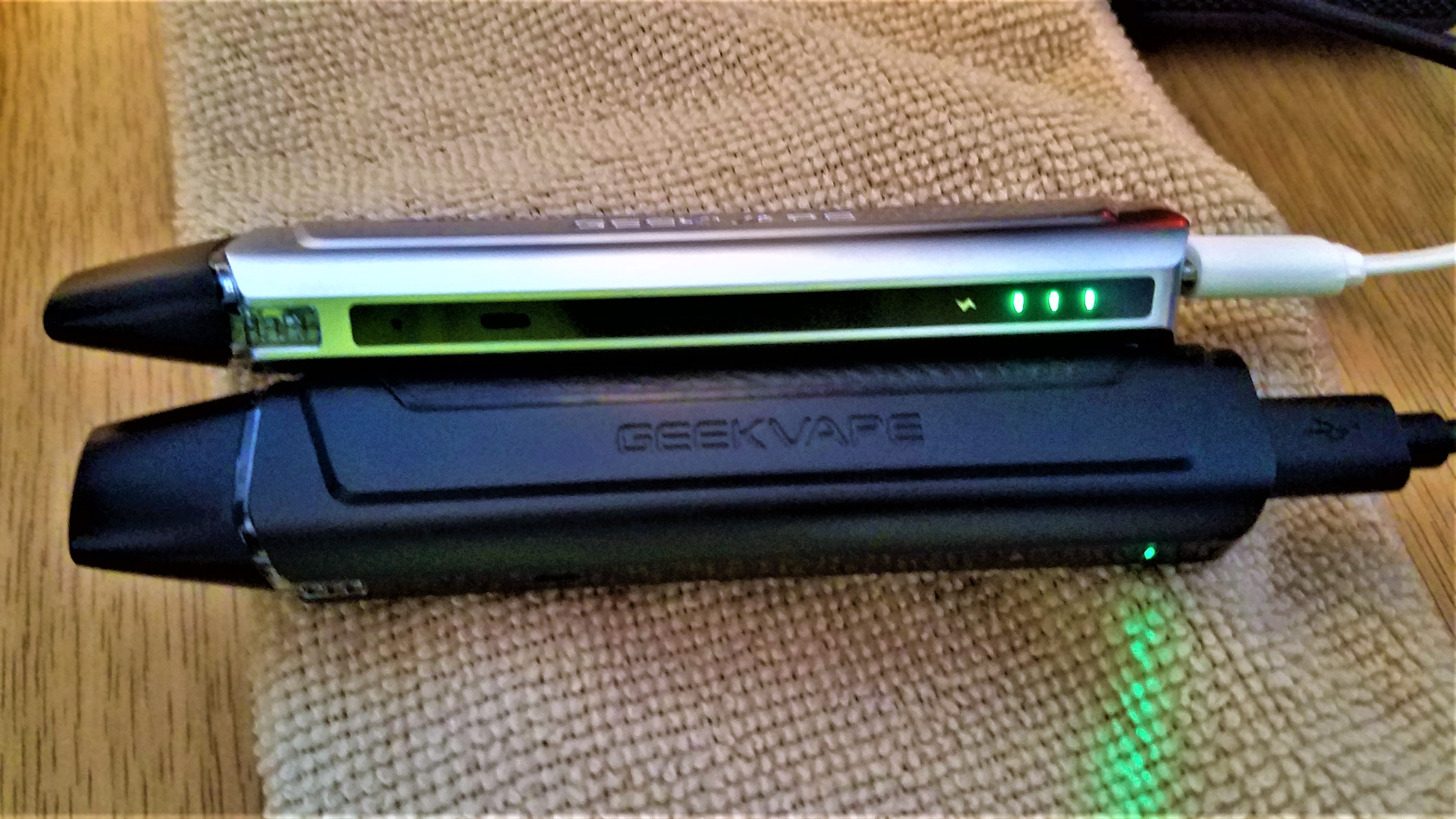 There is no real display screen or menu on either Aegis devices.

PROS FOR BOTH DEVICES

CONS FOR BOTH DEVICES

* Can’t Deactivate The Fire Button For Auto-Draw Only

* No Coil Change – Only Pods


I have to say that both devices performed great and although the fast charging of the FC version was great the extra 10 or 20 minutes did not matter to me when it was time to charge the Aegis 1. Both devices support vape while charging. Construction of both feel strong and solid but they are in the Aegis line so that comes as no surprise.

Both of the pods put out good flavor with the 0.8Ω pod being slightly warmer than the 1.2Ω.
Because there is no airflow selector on either device you get what you get and in my opinion both are a loose MTL vape.

The auto-draw feature works well enough but you do need to use a strong inhale or the auto-draw will stop in mid draw, I’m a button guy myself so I prefer it over the auto-draw anyway, there is only 1 button ( fire/power ) and it sits flush on the device protruding just enough to feel it without having to look for it.

You are able to view the juice in the clear pod through the small window on the side of the pod as well as the small area around the pods connection to the device but only when it’s very bright indoors or out.

The mouthpiece works well and is very comfortable to use just remember to listen for the click when reinstalling it on the pod or you will get some unwanted juice in your mouth and possible leaking of juice.

Both devices have remained dry with no leaking or seepage in the couple of weeks I’ve been testing them. I really like the top fill method that’s used on both devices but a word of cation when filling, you have to remember these pods are only 2ml so when filling go slow so no juice escapes through the small air bleeder hole, if you use to much force when fill juice will escape through it so fill slowly and your good to go.

Both devices are so simple and easy to use not even using a display screen only colored LED lights that tell you your power levels and battery strength.

In testing I found very slight differences in the 3 different power levels although the highest setting ( GREEN ) on both pods worked best for me.

When it comes down to you choosing which one works best for you you have to decide if the battery with a higher mAh on the Aegis 1 is more important to you than the fast charging feature on the Aegis 1FC, as I said before both perform exactly the same ( GREAT ).

I would like to thank Allison and Geekvape for providing the Aegis 1FC and Aegis 1 for the purpose of this review, I also hope my review helped answer any questions that you had.

The DovPo Riva 200 - The Riva gets its non DNA variant