Since launching E.P. Carrillo in 2009, Ernesto Perez-Carrillo Jr. has introduced a plethora of blends, most under his eponymous company’s portfolio, along with a fair number of Crowned Heads releases as well. Amongst the E.P. Carrillo releases, if you had to ask me to pick just one, the choice would be easy: the E.P. Carrillo Short Run 2010.

The debut Short Run was released in the company’s first full year, before the company had introduced its first regular production line. Up until that point, the only E.P. Carrillo you could purchase with the Edición Inaugural 2009, a single-size limited edition that had—for the time—a hefty price tag, especially for a new company. But for between $6.25-8.50 per cigar, you could purchase one of three vitolas of Short Runs—and boy I wish that I bought more of them. The concept for Short Run was simple: Perez-Carrillo Jr. found some tobacco he liked, but there was only enough to make a certain amount of cigars, a short run. 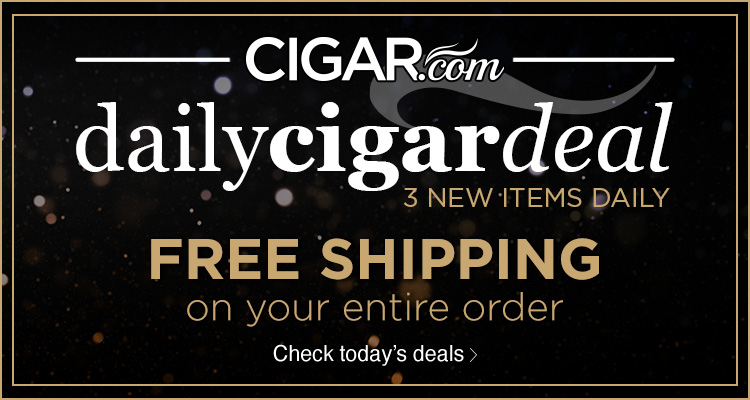 The Short Run returned each year from 2011–2016—in various shapes and blends—but nothing captured the magic I remember with the original.

Earlier this year, E.P. Carrillo announced that after a five-year hiatus the Short Run was back. This time it would use an Ecuadorian habano wrapper over a Nicaraguan binder and fillers from the Dominican Republic and Nicaragua.

Like the original, it’s offered in three vitolas, though this time each are named after record terminology, a nod to Perez-Carrillo Jr.’s time as a jazz drummer.

The first batch shipped in mid-June, roughly 40,000 cigars, though there are plans for a second batch later this year. Given my fond memories with the original Short Run series, I’m excited to see the familiar gold-on-black secondary band. The wrapper is dark enough that there’s more contrast between it and the tobaccos exposed in the foot than the wrapper and the black secondary band. While it’s quite dark, it’s not the almost purple color that the darkest cigars typically develop. There’s plenty of oil, veins and bumps running down the side of the wrapper. Furthermore, each of the cigars is quite hard. I can’t smell any distinct flavors coming from the wrapper, so I move on to smelling the foot which is medium-full with aromas of chocolate syrup over cedar and leather. Cold draws deliver a bubble gum sweetness over macadamia nuts and earthiness. It’s medium-plus and very balanced.

The E.P. Carrillo Short Run Retro 2021 Extended Play starts with a distinct earthy flavor over various charred and toasty sensations, including burnt coffee. While the toastiness ebbs and flows, by the heart of the first third the strongest flavor is a dry pecan sensation. It sits over some toastiness and minerals, which really come to life in the finish. In addition to that duo of flavors, I pick up various herbal flavors after the smoke leaves my mouth. Retrohaling delivers meatiness, nuttiness and grassiness, though they finish with an added white bread flavor. Flavor is medium-full, body is medium-plus and strength is medium-plus. Construction is great on two cigars, though all three cigars have a tight draw. A third sample—the one photographed—seems to be a bit off in every way and needs a touch-up. Right after the halfway mark, the Extended Play gets a lot better. There’s toastiness over nuttiness, dry herbal flavor and creaminess. The big change is the balance, which seems to better incorporate the secondary notes with the toasty flavors. The finish is still toastiness over nuttiness, though it’s a lot closer race between the two. In addition, I pick up bread, leather and bits of black pepper. The retrohales are much smoother thanks to an emerging floral flavor that joins some of the herbal sensations from earlier along with nuttiness and cedar. Those retrohales finish with cedar over floral flavors, toastiness and cinnamon. Flavor is medium-full, body is full and strength is medium-plus. The draw is better on all three cigars, though all three also need touch-ups to help with an uneven burn. Unfortunately, the floral sensations from earlier disappear in the final third and it leaves the E.P. Carrillo Short Run Retro 2021 Extended Play with lots of toasty sensations and not much to cut through it. There’s earthiness, herbal flavors, dry leaves and burnt peppercorns—but all of those flavors seem to just amplify the toasty sensations, which have become a bit much at this point. The finish has toasty flavors along with paprika. Surprisingly, that paprika flavor outshines the toastiness during the retrohale; the duo is also joined by some fruitiness and creaminess. The finish sees bread flavors overtake the toastiness, fruit flavors and black pepper. Flavor is medium-full, body is full and strength is medium-full, though the latter seems to be on a steep uptick. As with seemingly every Short Run since the original three 2010 vitolas, the E.P. Carrillo Short Run Retro 2021 Extended Play wasn’t able to conjure up the greatness that I fondly remember from the original 2010 trio. At that time, E.P. Carrillo clearly had disproportionate access to some of the world’s best tobacco and Ernesto Perez-Carrillo Jr. knew how to make it shine. The first half of the newest Short Run left me wanting more and the second half delivered on part of that, though I still wish it could have broken away from the toastiness a bit more. I think this is a great candidate for short- to medium-term aging and I look forward to revisiting it in 18-24 months to see if the other flavors can emerge a bit more.