Dovpo Blotto Single Coil; New Deck:
The deck, as I mentioned previously, is completely removable with the exception of the air ring, to open it just unscrew the gold-plated pin and extract the positive pole turret, also removing the insulating material. Periodic cleaning operations are very important to keep the aromatic yield of any tank efficient, these operations with the Dovpo Blotto are simple and allow you to reach even the most remote corners. Compared to the previous version, the air inlet slots under the Coil have been redesigned and reduced in size and the side holes pass from an angle of 242 ° to the current one of 272 °.
The support turrets have also been revised and use a qualitatively better metal.

On the bottom of the atom; the signature of Vaping Bogan, the serial number, the design of a skull with crossbones. Blotto is equipped with a gold-plated pin which, as we have seen, can be removed to disassemble the parts for deep cleaning operations. 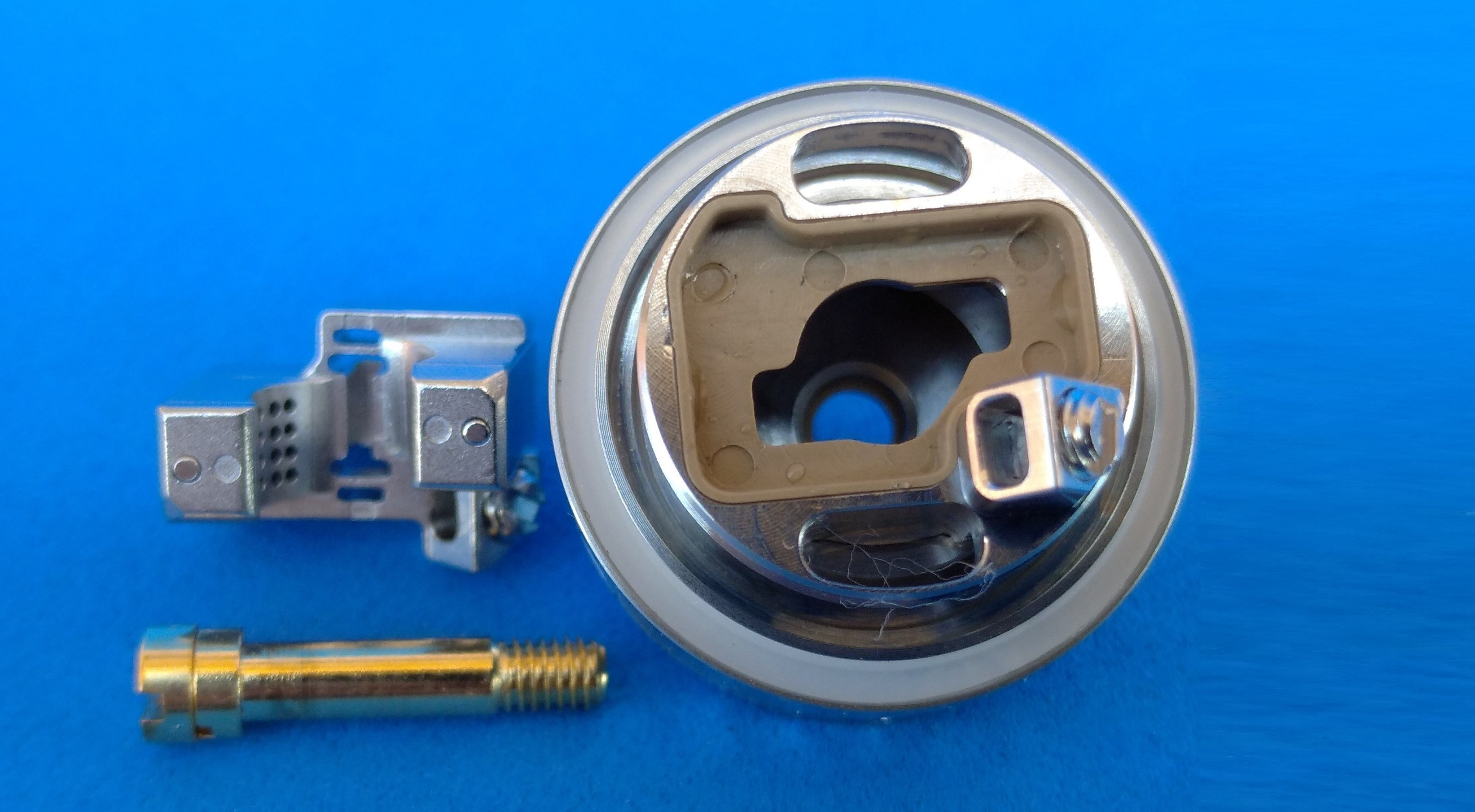 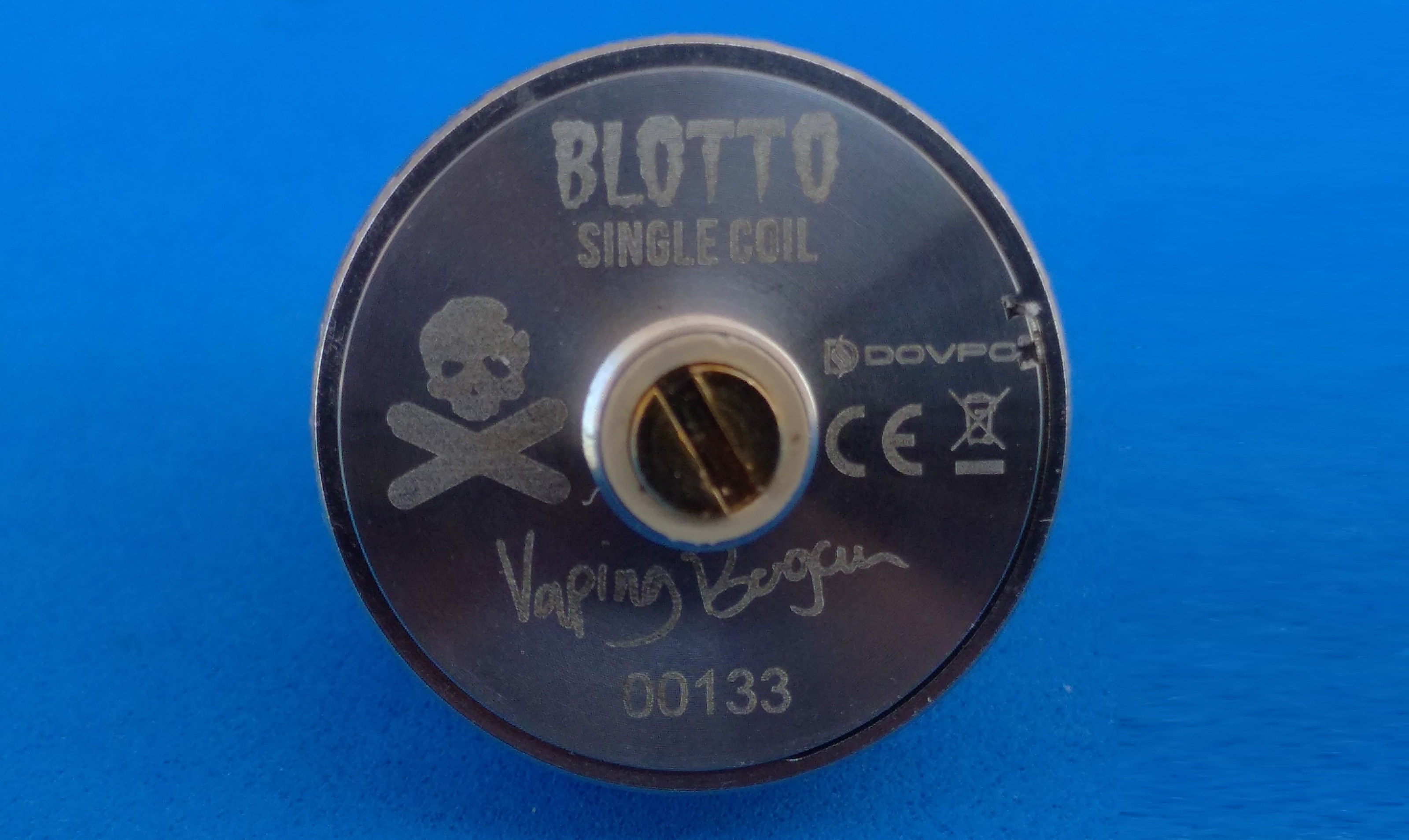 Dovpo Blotto Single Coil; New internal dimensions:
Compared to the previous version (Mini Single-Dual Coil), the new Blotto in addition to the aforementioned improvements concerning the turrets and the air flow towards the coil, has undergone a rather evident resizing of the internal diameter of the bell which goes from the previous 18mm to the current 16mm to make the most of the new “only” single-coil configuration. 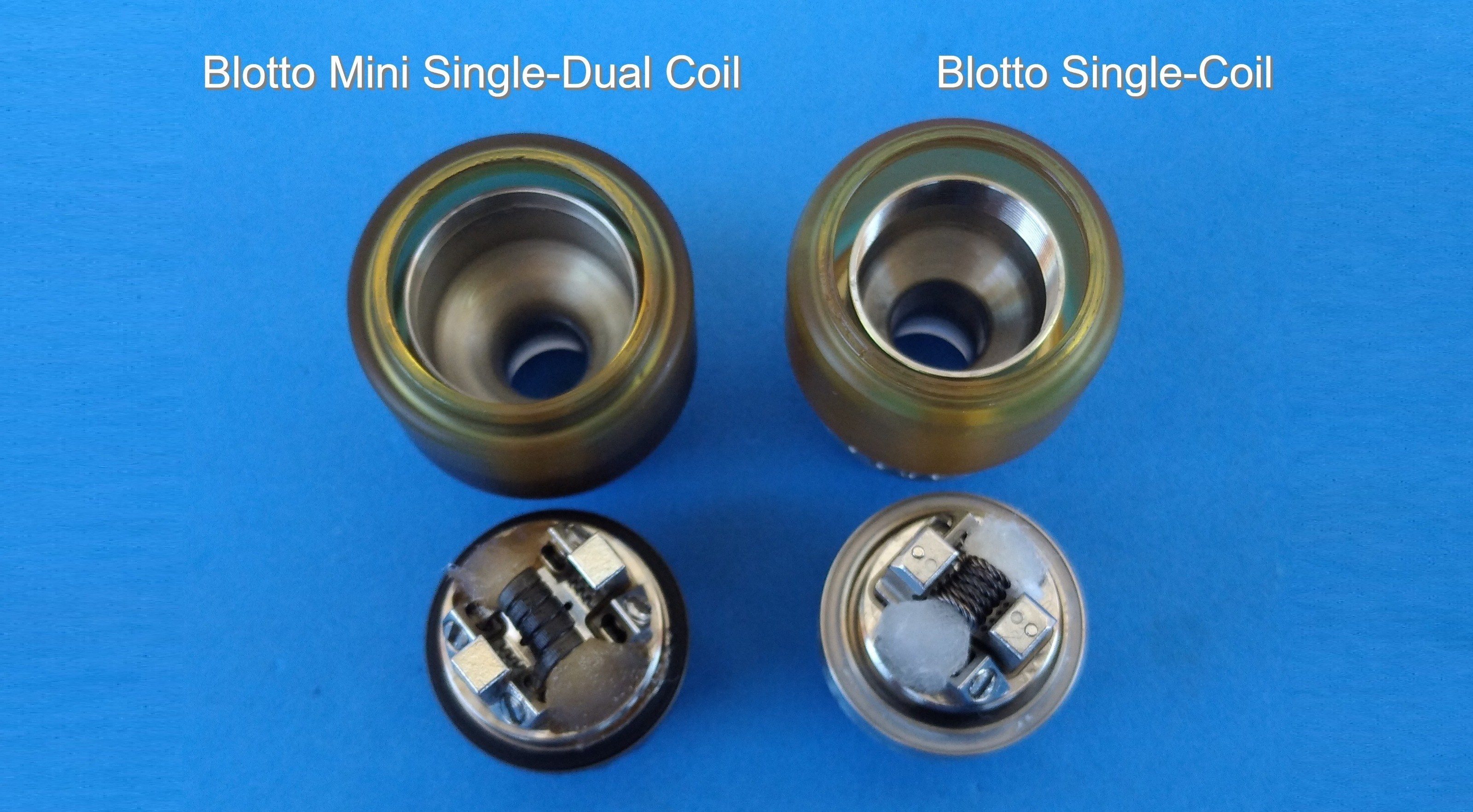 Dovpo Blotto Single Coil; External AFC:
The air adjustment ring is equipped with end-of-stroke stops with a new design of the passage holes arranged on the two opposing slots. In addition, the AFC system has been improved thanks to a precise coupling with the deck. The rotation of the ring is more precise than in the past. 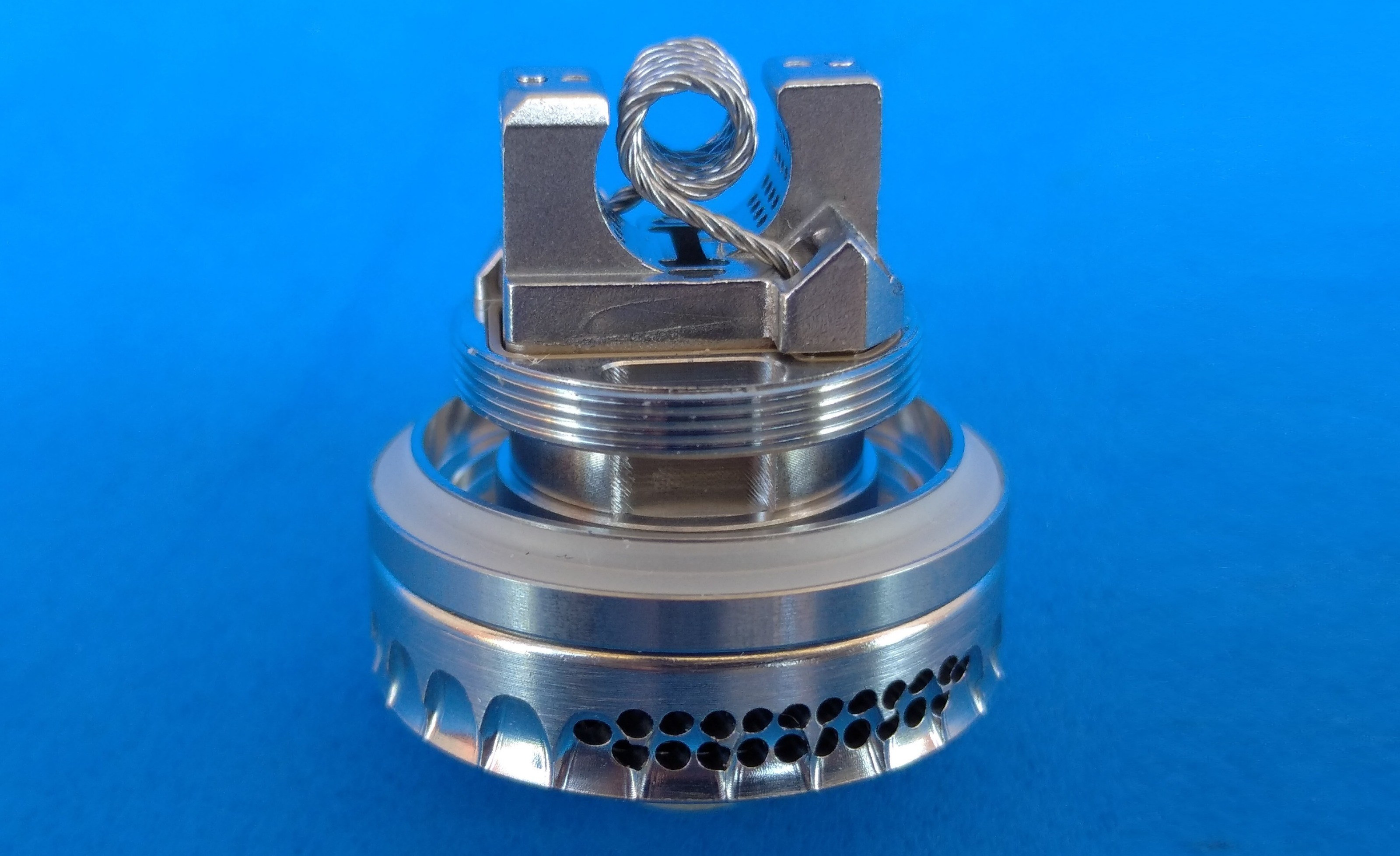 Dovpo Blotto Single Coil; Refil:
With the “bayonet” system it is simple and fast, a half rotation of the Top-Cap is enough to access the refueling.
The size of the slots has remained the abundant size of the previous versions but also in this case we wanted to improve the feeling of this operation by simply positioning the two slots lower down. In this way, e-liquid overflows cannot occur during refueling. 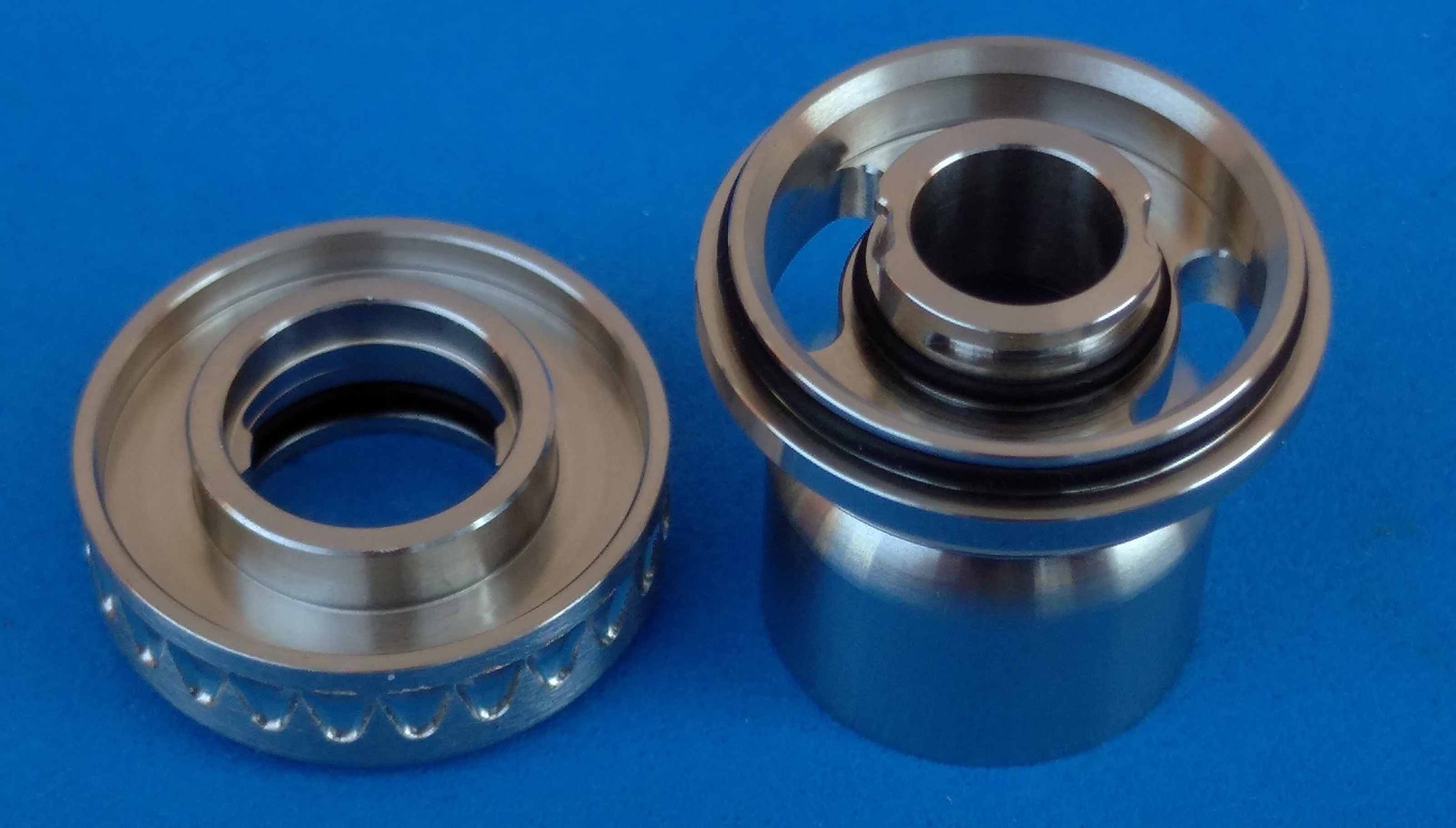 Dovpo Blotto Single Coil; Build:
There is some difficulty in cutting the coil legs to size before inserting them into the blind holes of the turrets, this is an improvement that I expected from Dovpo, but unfortunately there has not been. However, with a little training and a good sense of proportion it is not such a complicated operation.

The deck is in a suspended position so after having thinned the cotton and given it a spearhead shape, it is necessary to lower the mustache along the throats until it touches the bottom of the deck. 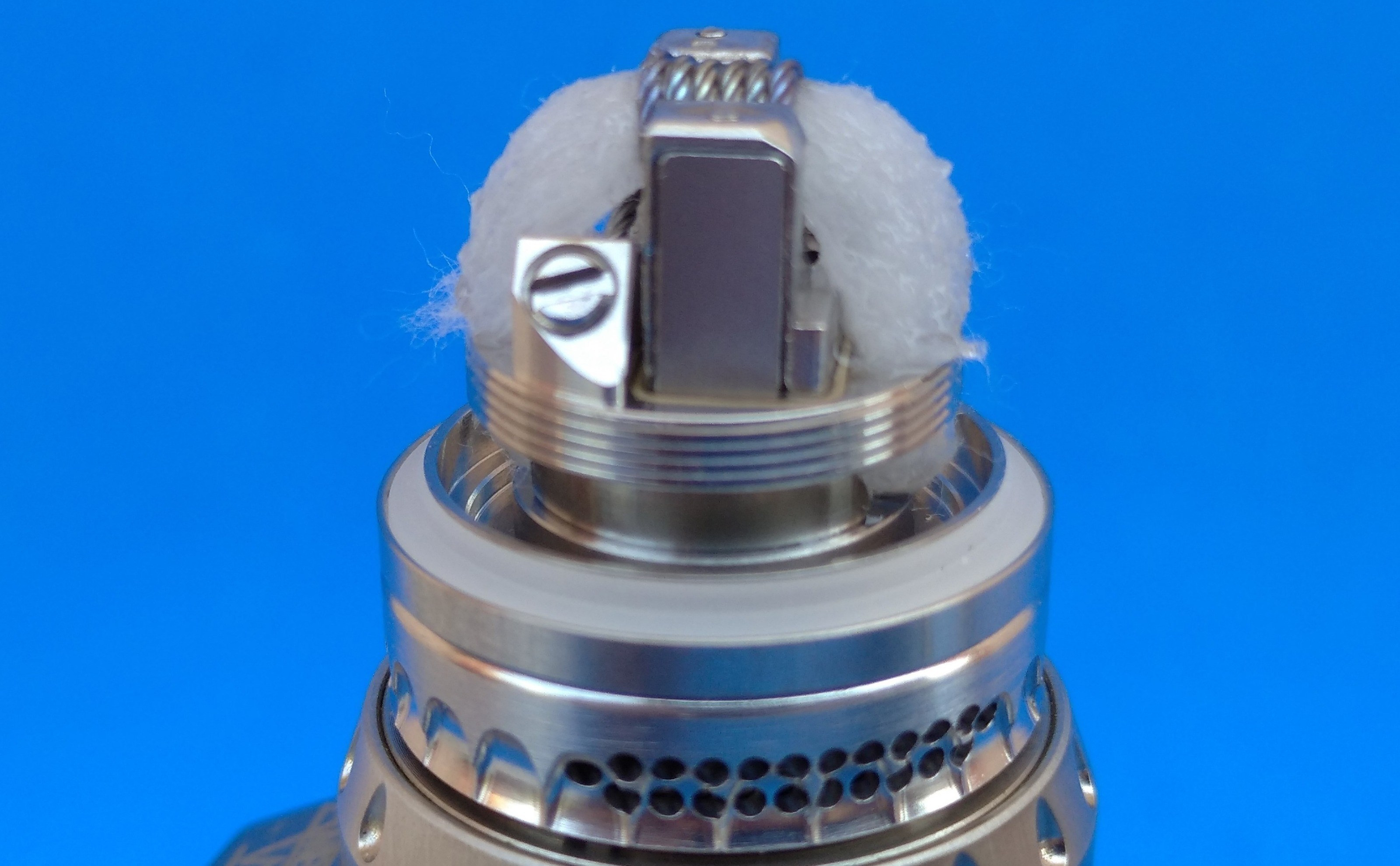 Dovpo Blotto Single Coil; aesthetics:
With a measurement of only 23.3mm at the base and a maximum height of 44mm, the Blotto Single Coil is quite compact and if you use straight glass it is possible to install it with an interesting result even on rather small Mods. 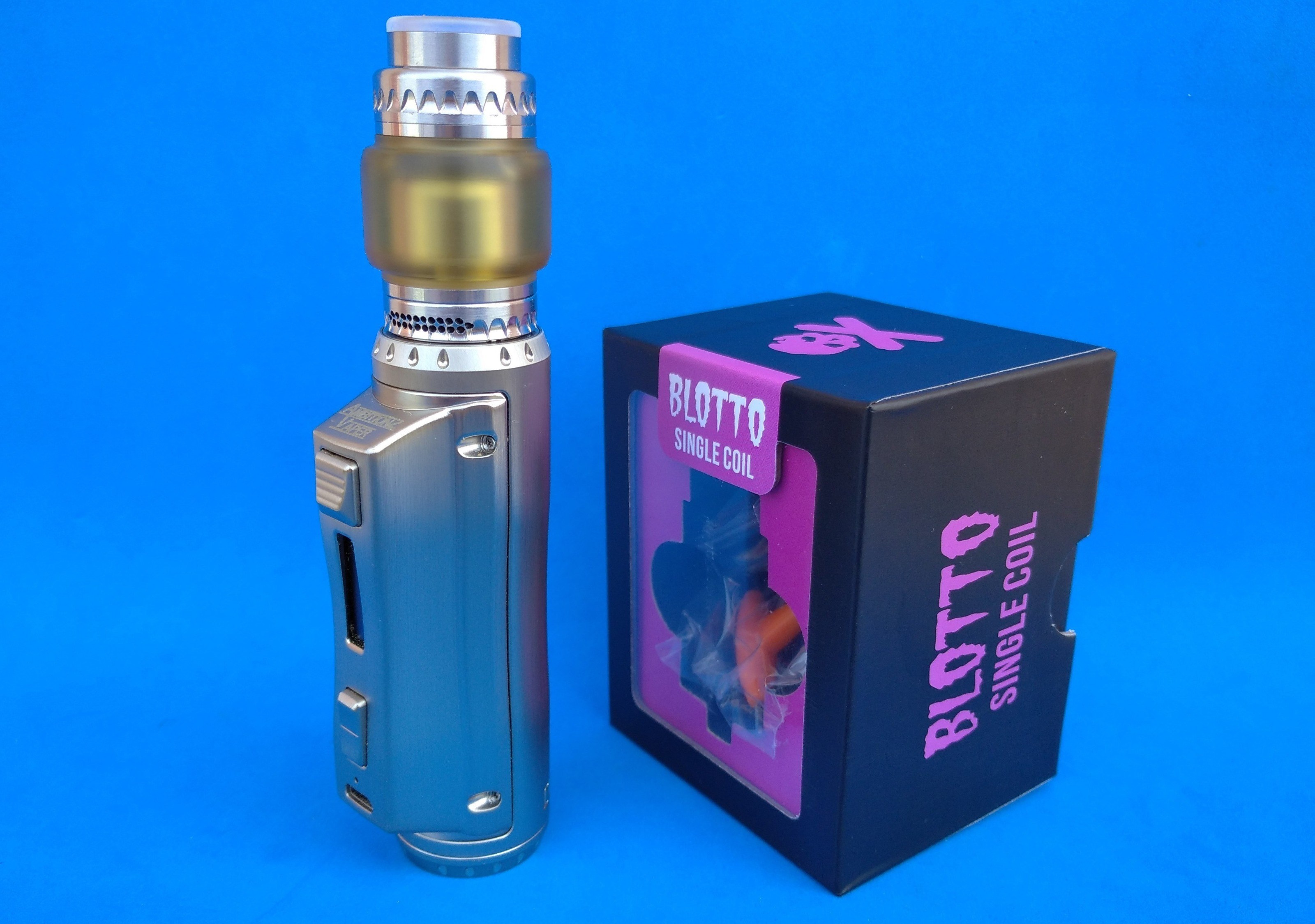 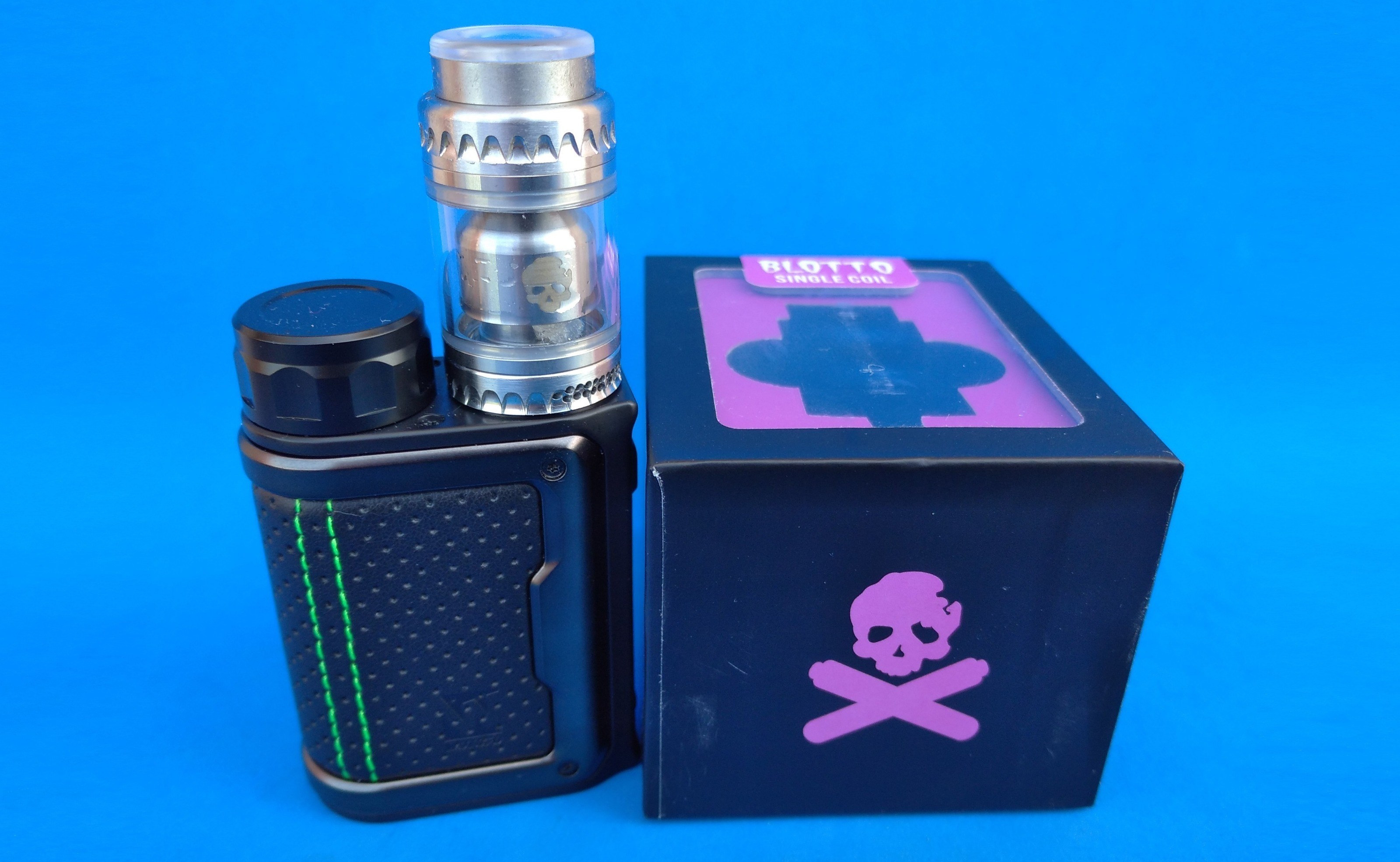 Final Considerations
Initially I regenerated the Blotto Single Coil with a complex coil to push on 55W which undoubtedly is a power more suitable for a Dual-Coil tank, however I have not recorded excessive overheating as long as I keep the AFC completely open. Subsequently I went in search of the true essence of this project or a satisfying type of RDL Vaping.
So I built a resistor with simple wire ss on a 3mm tip to push to 35 / 40W (more than enough for me). With this configuration the Tank expresses itself very well, the liquid feeds the cotton well and with every degree of AFC opening the shot remains rather silent.
This Tank compared to the previous version (with the same single-coil regeneration) expresses a higher aromatic quality so that the liquid seems to have a higher concentration of flavor.
Basically, like the previous “brothers” this Blotto-Single Coil works very well and does not create problems, the materials used for its construction seem even improved, so I would recommend that you add Dovpo Single Coil RTA to your “Wishlist”.
Thanks for reading. 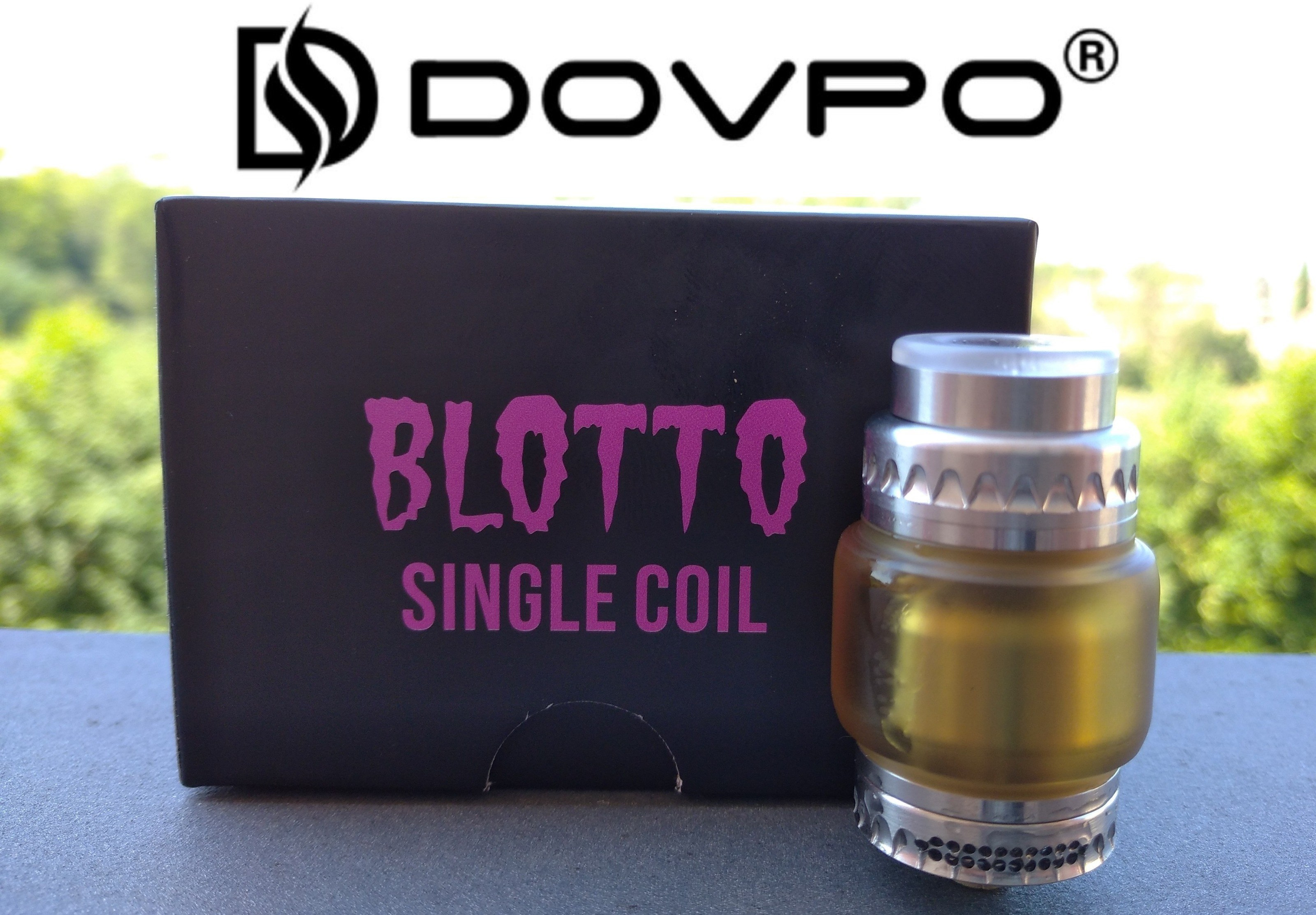