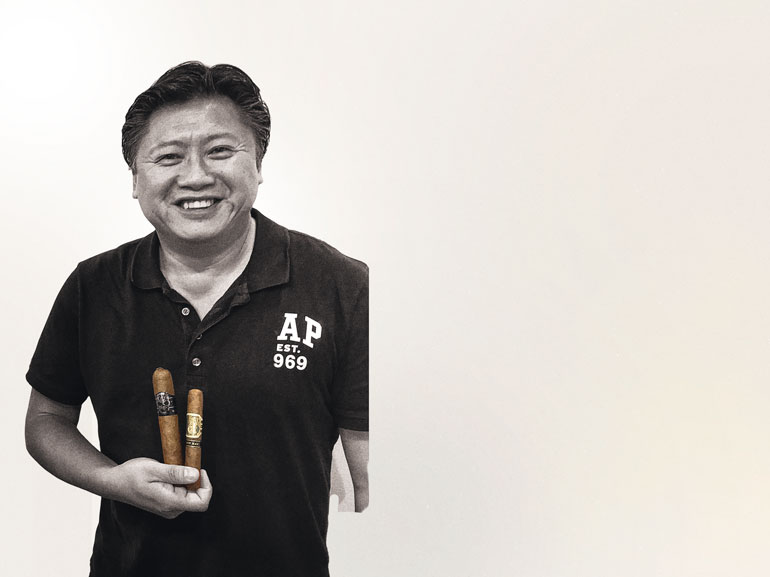 When a man who has spent his working life learning all there is to know about Cuban cigars opens a New-World-cigar business, it’s time to take note. Mike Choi – who was runner up in Cuba’s prestigious Habanosommelier International Contest and worked at the award-winning Sahakian cigar lounge in London’s Bulgari hotel for several years – is the face behind Boutique Smokes, a new UK business aiming to bring exciting New-World smokes directly to customers.

“I know it might sound a bit strange, considering how deeply I was involved in the Cuban side of cigars,” Choi explains as he takes time out from doing the rounds of the hundreds of exhibitors at the prestigious Dortmund InterTabac trade show. “But I’ve actually been coming here for years, soaking up the atmosphere and reeducating my palate on the differences between these two very different sides of the hand-rolled cigar market.” Boutique Smokes is based on customer orders from its website – which in the beginning will feature just a handful of makers who are relatively unknown in the UK, up until now. These include recent Cigar Journal Trophy award winners such as Cornelius & Anthony and Vegas de Santiago from Costa Rica, and cult cigar figure Riste Risteski’s Jas Sum Kral.“Riste is one of the most interesting guys I’ve met on my travels. He is a unique character, and that’s reflected in his beautifully made Nicaraguan cigars. I don’t think the UK market will have experienced anything like Jas Sum Kral before.” Once customers have selected their chosen cigars (all of which are available by the stick as well as by the box), the cigars will be shipped directly to their home from Choi’s European distribution base. This, he believes, means he can sell them at a reasonable price, by avoiding the usual brick-and-mortar-store issues of staffing and business rates – while still being fully compliant with UK import duty laws. “There are so many great cigars out there – as well as many poor ones, of course. But for reasons of scale, pricing, taxes and overheads, etc., they may be some way down the wish list of regular cigar importers,” says Choi. “My hope is that Boutique Smokes can change that, and offer something unique on the market to supplement those great ‘regular’ brands that have already arrived on these shores.”

Bandolero is the 2022 LE Firecracker