The Avo Syncro Caribe Back Story

Avo Syncro Caribe is the fourth Syncro release for Avo Cigars. This artisanal faction of the Avo brand first appeared on cigar store shelves in 2015 as the Avo Syncro Nicaragua. The following year it was the Avo Syncro Fogata, and in 2017 they released the Avo Syncro Ritmo. So what makes these Syncro selections so unique?

“The Avo Syncro series is centered around the concept of tobacco synchronization,” said Lana Fraser, Director of Marketing & Retail at Davidoff of Geneva USA. “This is an incorporation of the diversity, complexity and compatibility of selected tobaccos from varying regions. With the newest addition of the Avo Syncro Caribe, we strive to deliver new frontiers in cigar experiences.” 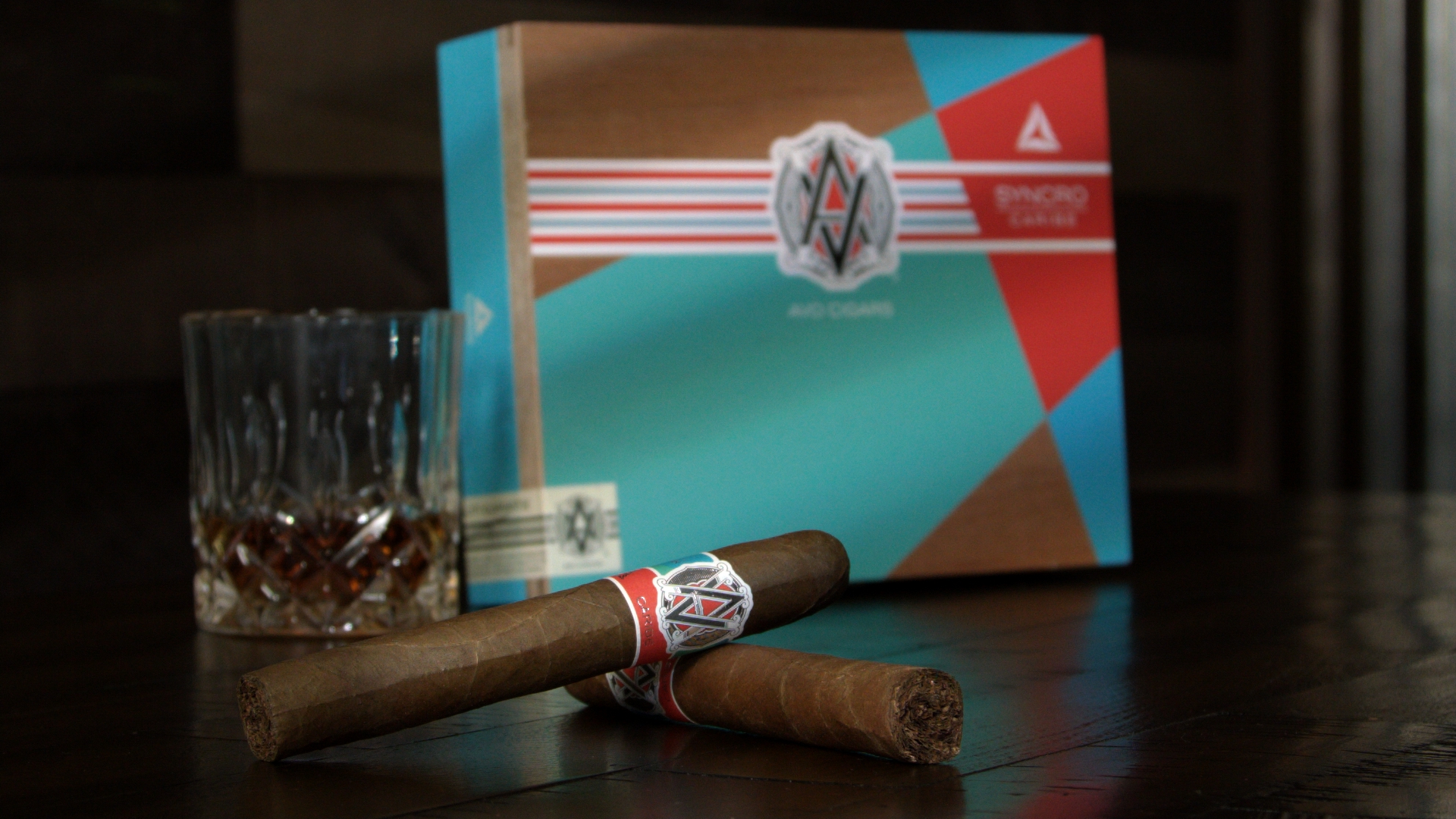 More specifically, the Avo Syncro Caribe is blended to showcase a process called “Natural Distribution,” in which the proportion of the tobaccos on a given plant is perfectly matched in the blending process. Specifically, the ratios of tobaccos from each priming are matched to the blend for each size.

In keeping with its Caribbean theme, the Caribe boxes and bands sport lively pastel colors that help attract attention when displayed. As to the flavor profile, Avo Syncro Caribe is alleged to reveal “an harmonious profile of Caribbean flavors” such as “aromatic spices and cocoa plus a subtle sweetness resembling tropical fruits.”

Summary: The Avo Syncro Caribe is a horse of a different color.  One of my first ‘aha’ moments came with an Avo nearly 30 years ago. It was that cigar—an Avo 9 if memory serves—that helped me define the distinction between good and great. And while my preferences changed through the years—from mellow to ‘hello!’—I’d still return to Avo from time to time for a visit—not to stay. 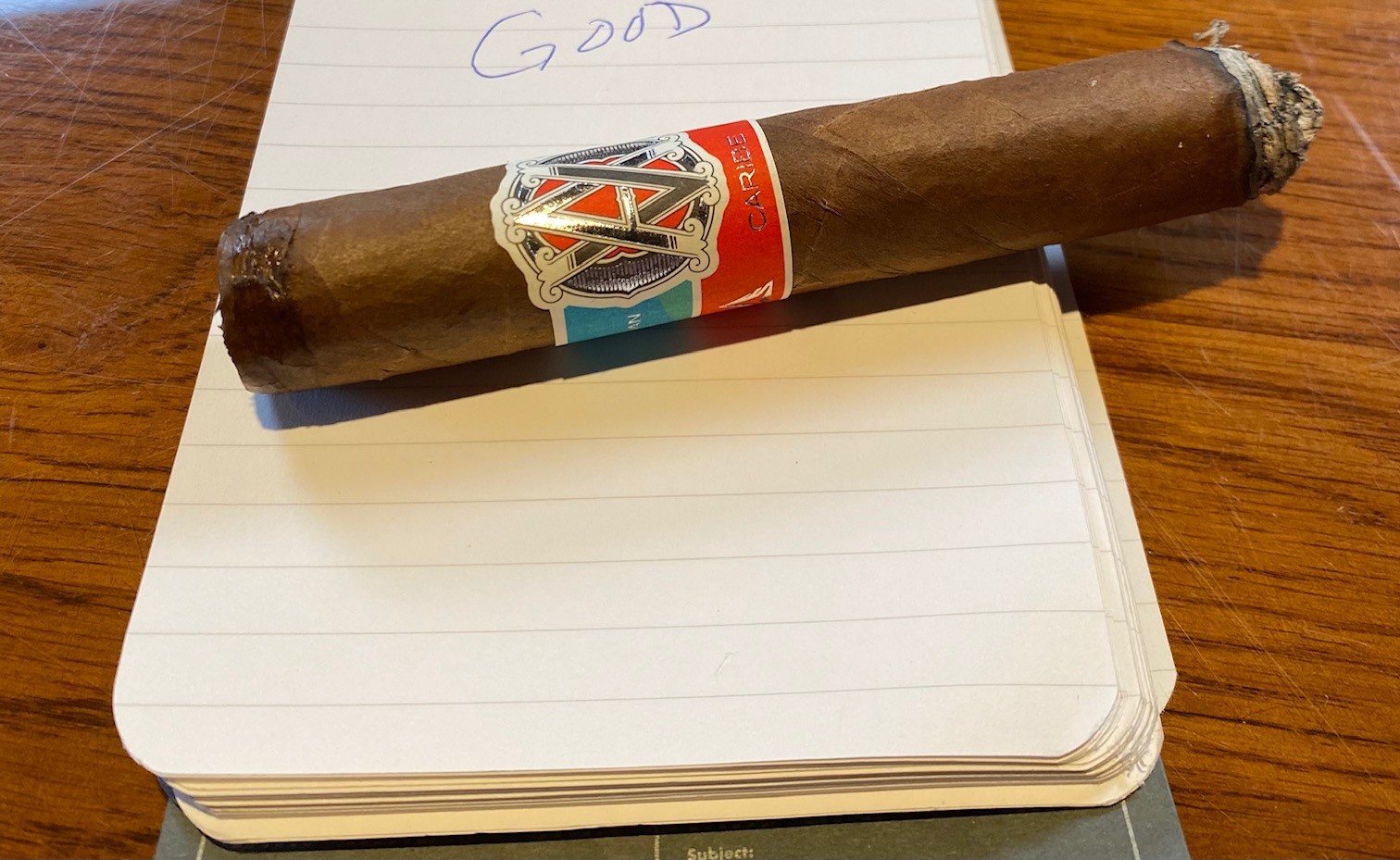 Avo Syncro Caribe made me sit up and take notice right off the bat with an unexpected hit of peppery spice with some citrus tang. Immediately, I realized this blend was different. The familiar Avo notes—cream, earth, and cedar—are there and expertly interwoven with a tapestry of new flavors including bittersweet citrus—kind of like lime or an IPA, graham cracker spice, toast, and a light sweetness. The blend is medium-bodied and dances around with complexity—meaning your mileage may vary on the complex front. Regardless, Caribe has abundant flavors with depth and seamless transitions.

The branding is bright and colorful, and that matches up with my impression when smoking Avo Syncro Caribe. The cigar is vibrant, invigorating, and has me looking at Avo in a different light. Although Syncro Caribe strays a bit from the Avo formula, this blend is perfect for regulars looking for a little zip. And if you’ve always passed by Avo while looking for something new, give Caribe a shot—it’s great for any time of day and has enough pep to keep any enthusiast interested.

The Avo Syncro Caribe is bright and breezy and will sweep you away to the tropics…Pina Colada not included.

Summary: As expected, the smoke from my Avo Syncro Caribe Toro was smooth and creamy from the start offering a cedary flavor and a medium body. It didn’t take long before a tangy citrus note entered the fray, while some undefined sweetness began to wiggle its way in. Farther along, a note of caramel arrives then a layer of baking spices as it all begins to balance out with a medium body. The finish left a continuous spicy sizzle on the palate similar to a cinnamon-like spice, while leaving some dryness in its wake. 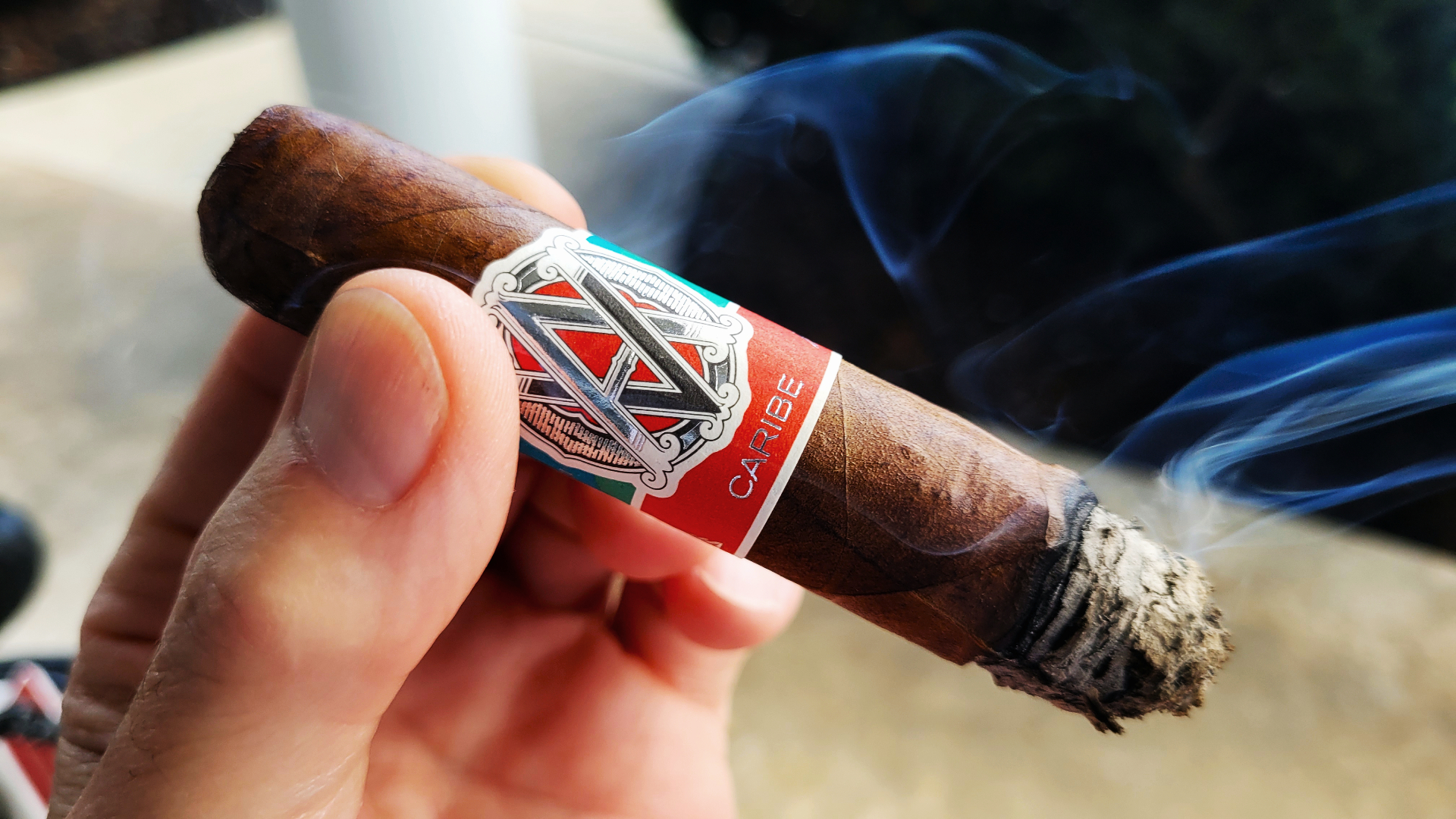 Among the most impressive components in this blend was the Dominican-grown wrapper. Known for having a spicy-creamy taste, this one did not disappoint. Plus, the tobaccos are so well balanced the cigar had a sort of bridled energy that allowed each flavor to step out while keeping everything on the rails.

Suffice it to say…After having had three Syncro Caribe Toros, I’m now convinced that this blend is loaded with a lot more subtleties. It may take more than one to convince you, too, but do it. It even made me want to go back and smoke the earlier Avo Syncros.

Summary: Imagine a cigar that tastes like it’s from Nicaragua – you know, spicy-sweetness…all that jazz, but doesn’t crack your gut like a baseball bat with an onslaught of nicotine and pepper. Whatever you’ve conjured up in your mind is probably in the ballpark of AVO Caribe’s flavor profile. Probably.

Regarding flavor, Caribe has two primary acts. The first gifts you with a consistent sweetness in the background with an emphasis on earth and leather with a flourish of roasted coffee on the finish. Retrohaling is super mellow; this would be a great smoke to help you take off the training wheels. 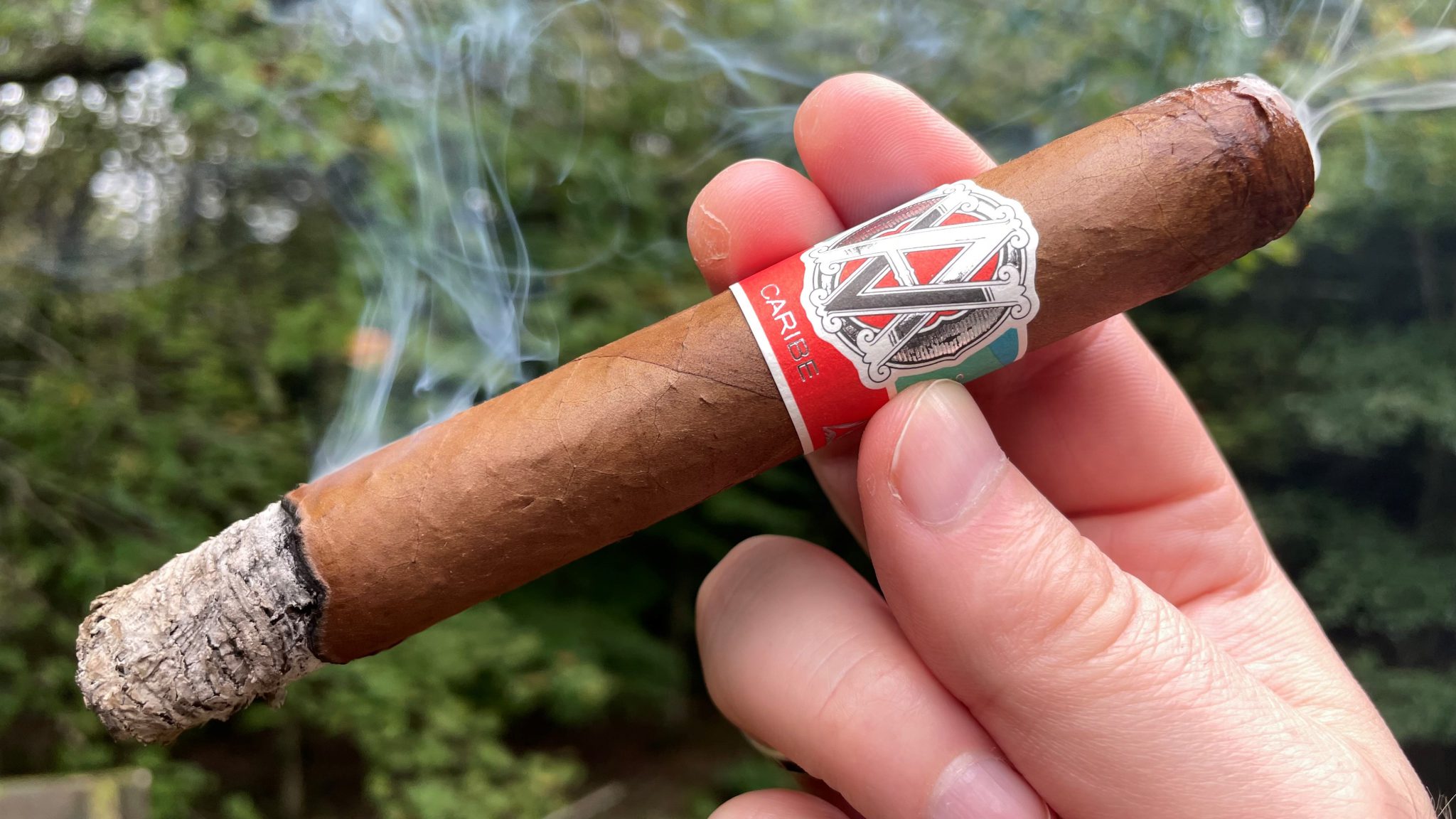 The second act gets a bit spicier, barely registering medium-plus at its peak, doubling down on the coffee and wood notes. I wouldn’t call it complex – in terms of the amount of individual flavors – or changes – but it’s pleasantly stable throughout. If you love the flavors, you’re gonna love the entire cigar. If you don’t…well…you already know what that means.

AVO Caribe smokes a bit outside of their wheelhouse, but it’s familiar enough for their fans to latch on, yet different enough to be outside of the box for anyone looking to revisit the brand. Give it a shot and see how it smokes for you!

Construction: Toffee colored, with a fine bit of tooth.
Draw: More resistance than I prefer – but opens up later in the cigar.
Pre-light flavor: Leather and crisp citrus – almost like clementine. A whiff of earth through the nose.
Toasting & Light: Earthy and sweet, with no bite.
Base flavors: Citrus, earth and coffee.
Retrohale: Enhances the earthiness, and reveals some subtle spice.
Aroma: Somewhat light.
Burn & Ash Quality: Near-white ash on a straight and fine burn line.

Summary: Avo Caribe starts as a mellower smoke, but the smoke has a lot of “chew” – a quality it shares with Avo Domaine, which I like a lot.

The big headline here is the sweet-tangy citrus taste, which goes from pre-light to just about the finish line with ups and downs of intensity. And as the Caribe’s orange-y flavor picks up, so does the oomph: there’s more body at halfway, then really stiffens up by the last third when it puts your taste buds on blast with spice. So don’t sleep on this thing. 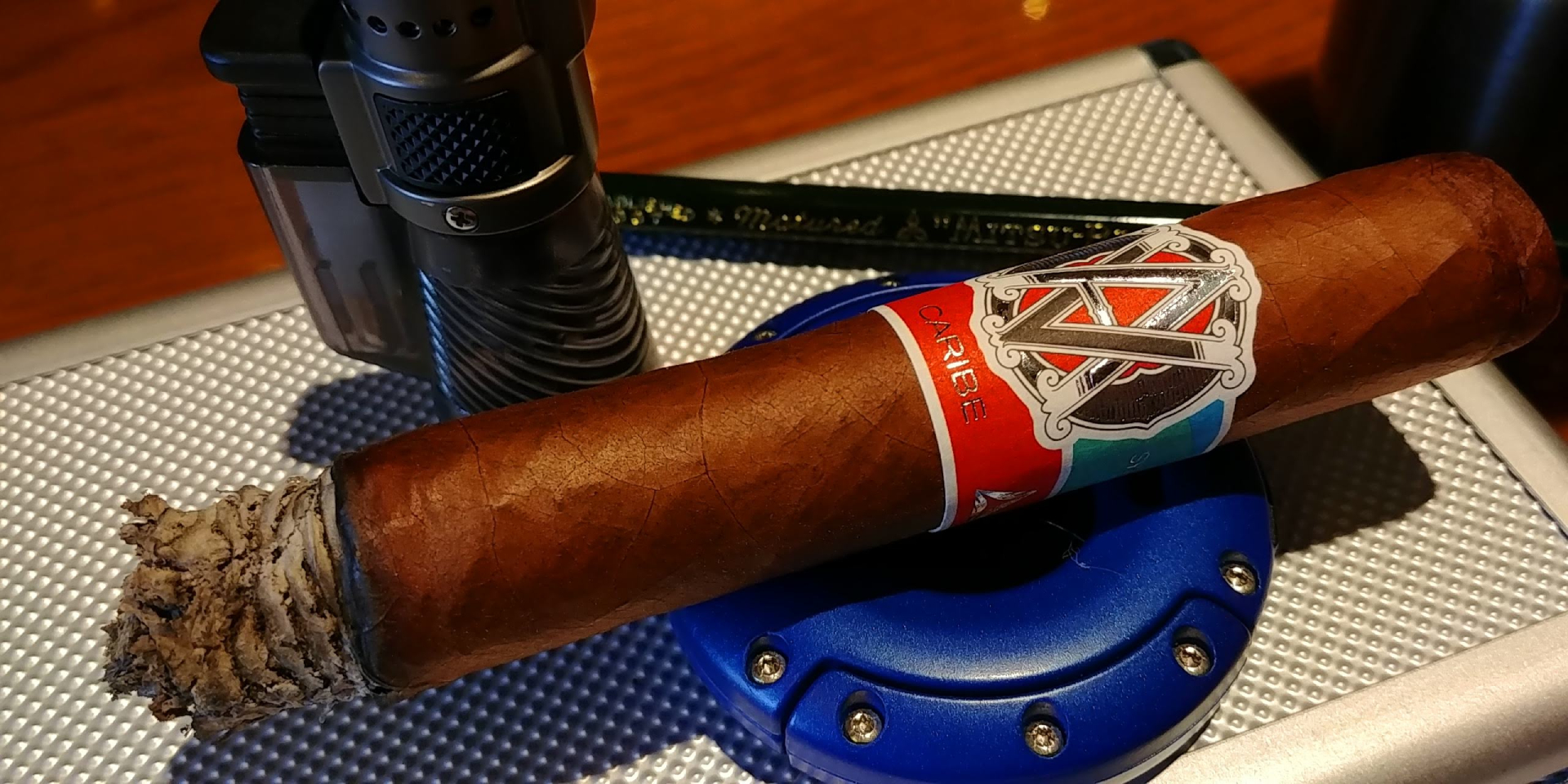 What starts out as an “interesting” profile gets to be a really enjoyable flavor combo. And whether you’ll find this Avo Caribe to your liking, really depends on how long you can enjoy this combo. (Let’s just say it’s not very typical.) So take it from a guy who’s been enjoying more Connecticut cigars in his rotation this summer – this is a good stick to start turning the corner and head back to the heavier stuff for fall. As long as you have the patience to let the Caribe hit that high note all the way at the end, that is.

We have smoked our way through more than a few “experimental” Dominican blends – some are great, some are forgettable. Avo Syncro Caribe, for me, falls in the first group for sure.

A "Sticky" here for deals on DIY supplies only? | Vaping Underground Forums