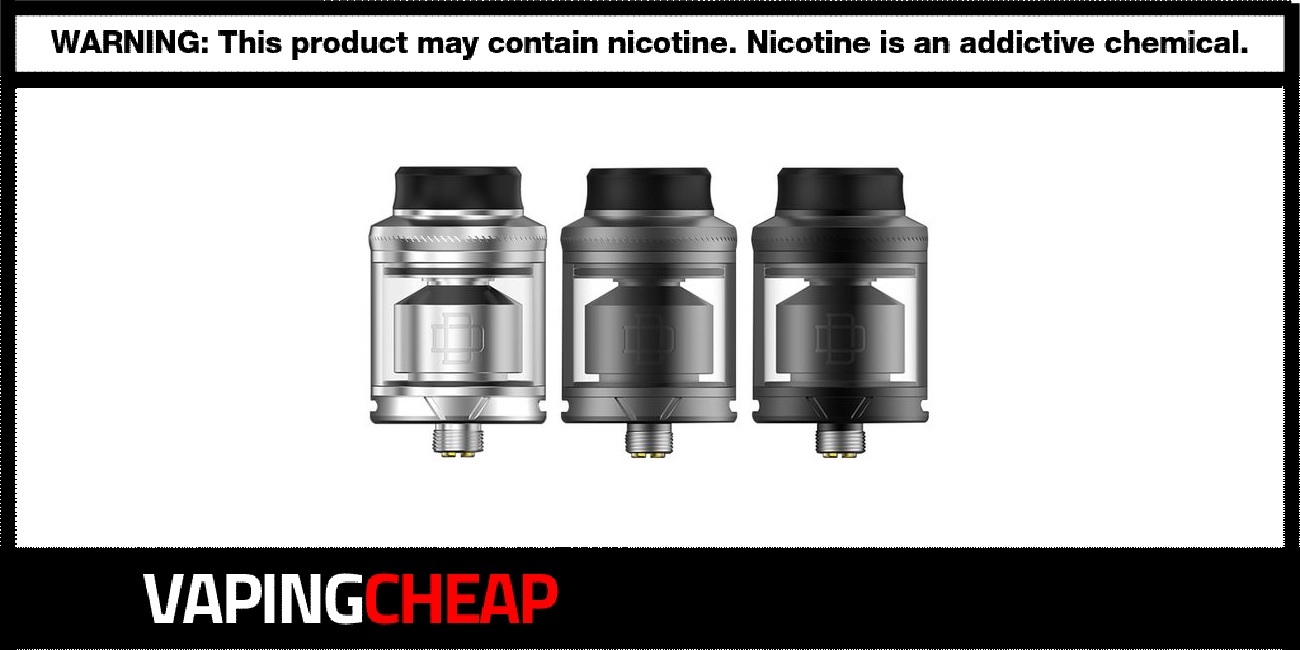 For a limited time only, the Augvape Druga RTA is now available at a discount. Buy one from only $20.67 after using the code “vapingcheap“. You can choose between two different colors which are Black and Gunmetal.

The Druga RTA by Augvape is another great addition to the growing Druga Line. It sports an overall diameter of 24mm. With its shorter profile, it holds maximum e-juice capacity of 2.4ml, however you can increase it to 3.5ml with the included bubble section. With the convenient top fill port it takes mere seconds to refill this atty.

A great feature this RTA has is the build deck. Similar, but quite different when compared to the Intake Dual RTA, it features dual post single coil build deck. The good thing about this deck is that there’s more than enough room for multiple builds.

Another great feature is the airflow system. It does provide a ton of flavor with the 8 different airflow holes on the deck. That does help smooth out the draw too! Lastly, it’s primarily constructed out of stainless steel material and includes a wide bore 810 drip tip.

Whether you’re a fan of this lineup or simply looking for a new single coil tank to add to your collection, the Augvape Druga RTA is definitely worth checking out. It has plenty of awesome features, but offers some key differences when comparing it to other RTAs, such as the airflow system that’s tailored specifically for flavor.