5 Things You Need to Know About… Lancero Cigars

What is it about the Lancero? The cigar boom of the 1990s ushered in a lot of changes including larger ring gauges, and this movement continues today with some blends topping a whopping 70 ring. Despite the trend of “bigger is better” in cigars, the Lancero refuses to die. It might even be argued that the slender vitola is experiencing a renaissance, perhaps best exhibited by a growing legion of devoted fans.

I’ll ask again, “What is it about the Lancero?” To answer this question, I’ll dive into the background and narrative surrounding this enigmatic cigar shape. But I can’t exactly answer the question with research alone—no, I need the experience for myself. 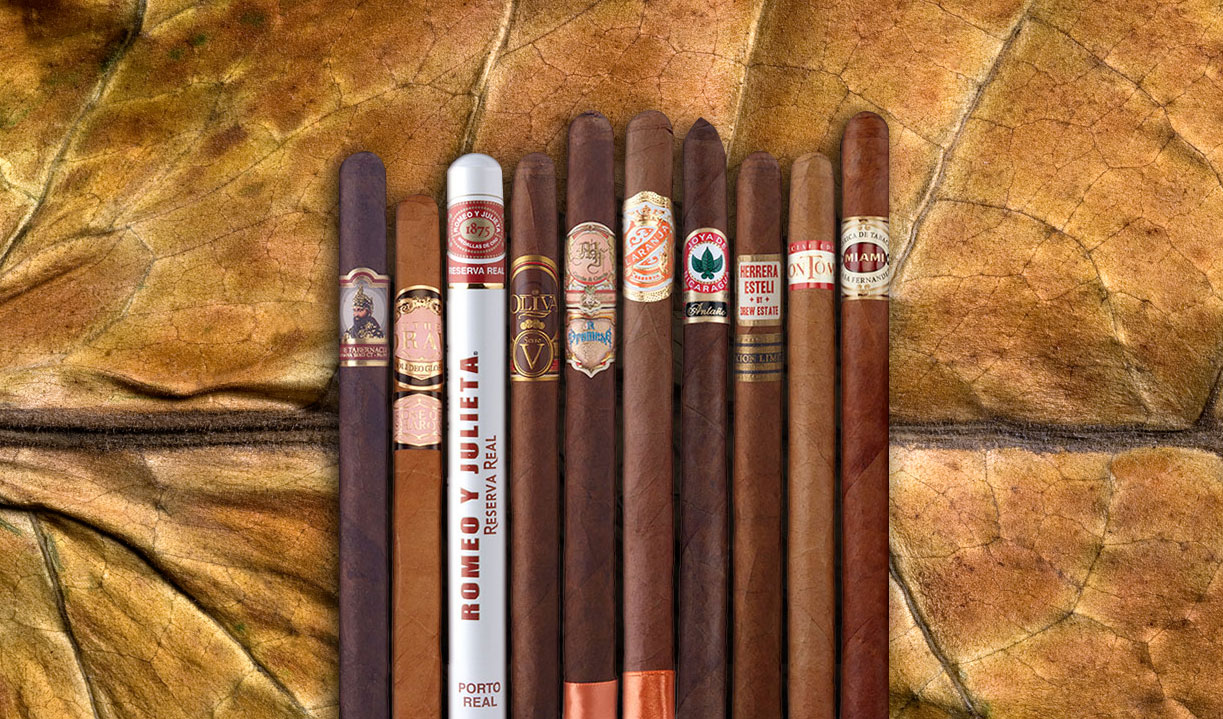 I tried my first Lancero a while back but didn’t become a convert. And I don’t know why because it was a great stick. It was memorable—a Tatuaje Black Petite Lancero. Not the regular production model you can pick up right here, no this was limited edition—the one that came in those jars. Given to me to prove there was life beyond the Robusto and Toro. This specific blend and size was rumored to be the personal cigar of Pete Johnson—of Tatuaje—who’s said, “…not the best seller, but I would never discontinue the size, because I smoke it myself.”

Lately, I’ve been seeing more and more Lanceros popping up in ‘Best of’ lists and being produced by more and more cigar brands. But it wasn’t until I tried a Lancero, gifted to me by Cigar Advisor’s Jared Gulick, the Southern Draw Cedrus, that I seriously reconsidered the sleek size. Why? Because I discovered a thin ring cigar with all the depth, balance, and complexity found in larger ring gauge blends. And I loved it despite not usually liking blends with a Sumatra-wrapper. So, it once more begged the question, “What is it about the Lancero?”

After many late nights burning my eyeballs on the computer screen and fingertips on Lancero nubs, I cracked the code. To answer the question once and for all, here are 5 Things You Need to Know About… Lancero cigars.

Despite their decidedly old-school look and feel, Lanceros don’t have a long and storied history.  In fact, the Lancero was first created in Cuba in 1960, but it wasn’t produced to sell. The first Lanceros—made by Cohiba and known as El Laguito No. 1 —were made only for Fidel Castro’s consumption. And made by only one dude—a man named Avelino Lara. If that name rings a bell, he became an industry legend as the head of Cohiba’s famous Cuban factory. He eventually escaped Cuba and set up shop rolling and producing cigars in the late 90’s at the Graycliff Hotel and Resort in the Bahamas.

Lancero is Spanish for “lancer”

Do I roll the “r” in Lancero? Does it matter? All these Spanish cigar terms can get confusing for a gringo to understand, let alone pronounce. And what even is a lance? I mean I get the resemblance, but to me, Lanceros have always—and will always—look like pretzel rods, the kind I used to get from my pediatrician when I was a model patient. And I don’t fight duels with pretzels or my precious cigars either, but I’ll still flex like Michael Jordan after winning an NBA championship with a Lancero (or pretzel rod) in my jaws.

The Lancero is one of the hardest and most expensive cigars to roll:

According to Oliva, “It can be expensive, for a number of reasons…it’s a difficult size to roll and needs a lot of quality control in the factory…there is a high rejection rate.” The difficulty in rolling a Lancero lies in the balancing of the tobaccos. You need just the right amount—underfill a cigar and it will burn hot and taste bitter, overfill it and it will have draw issues or not draw at all. And it’s also about the wrapper—the most expensive ingredient of a cigar. In a Lancero, the wrapper is more noticeable because there is less filler to mute its flavors. In a cigar with a notable and tasty wrapper like the Fuente Fuente Opus X, Ashton VSG, or Oliva V, the Lancero is a first-rate way to experience its true character.

The Lancero’s inspiration is the Panatela—a long, thin cigar ranging between 5 to 7.5 inches in length with a ring gauge of 34 to 38. For comparison, the standard Cuban Lancero measures 7 1/2 inches long by 38 ring gauge, but those made outside the island are often shorter and somewhat chubbier. You’ll find most Lanceros today starting around 6 inches in length and coming in around a 38-40 ring gauge. However, your mileage may vary as the lines have been blurred across all vitolas (there’s that Spanish again), with some Robustos now sporting a hefty 56-ring gauge and some Lanceros creeping further into Churchill territory.

Lanceros are wildly popular on the boutique market

I’ve been painting a rosy picture about the love of Lanceros. But not all cigar makers feel the same. Take Steve Saka for example. I remember him saying, “Like all the others, this vitola is yet another personal blending challenge given that I am vocal in my lack of appreciation for this Lancero format.” So, when he caves into the clamoring and finally makes a Lancero, it’s time to sit up and take notice. With the #NLMTHA (“Now Leave Me the Hell Alone”) from the Muestra de Saka line, Dunbarton Tobacco and Trust joins a growing legion of brands paying attention to the Lancero’s rabid and passionate fan base. You can find boutique darlings like Southern Draw, Illusione, Tatuaje, 7-20-4, Warped, Foundation, and Rojas producing cigars in this overlooked and unsung classic size.

With my research over, and what I’ve learned ‘Cliff’s Noted’ to 5 things, you might be wondering if I’ve returned to my trusty Robustos and Toros. Or if you should try a Lancero the next time you’re browsing the Famous store or website. I’ll leave it at this—while I didn’t make room in my existing humidor, I bought a new one to house my expanding collection of Lanceros.