Presented in bundles of 25 cigars

For Robert and Sharon Holt of Southern Draw Cigars – the love of the leaf is more than just a business. They’re also philanthropists, and a portion of the proceeds from each bundle of 300 Hands (also available in Connecticut and Habano) directly benefits the people of Nicaragua who live and work where Southern Draw cigars are made. 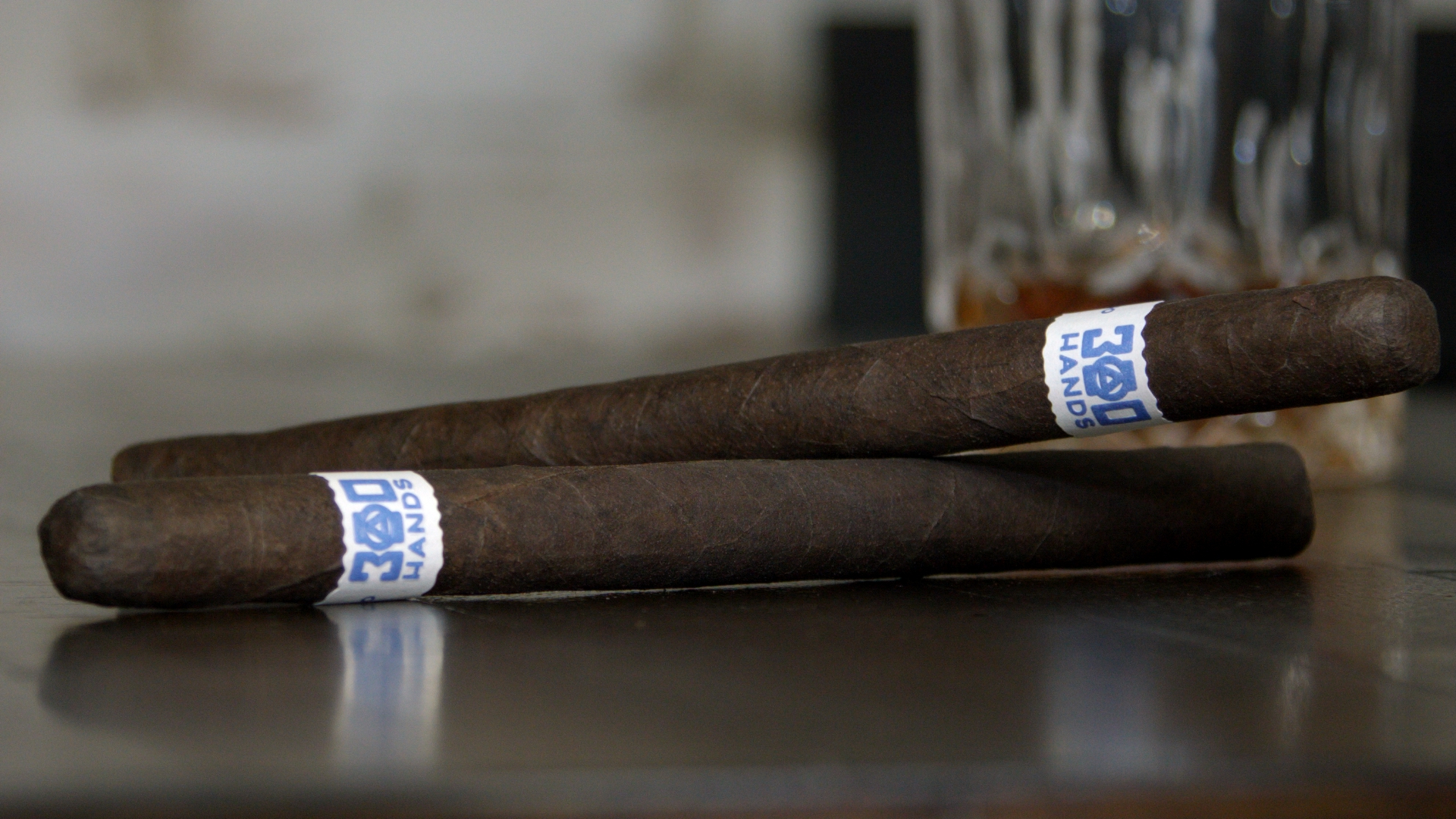 From their website: “It is our obligation to help our neighbors and we hope to allow the beauty and the endless possibilities of Nicaragua to flourish. Together we can secure a sense of contribution – even if only in a small way – to a great people.”

So what’s the name all about? An old cigar adage says that it takes 300 hands to make a cigar. Blenders, farmers, sorters, fermenters, bunchers, rollers, quality inspectors, and more. Far more than you’d expect. 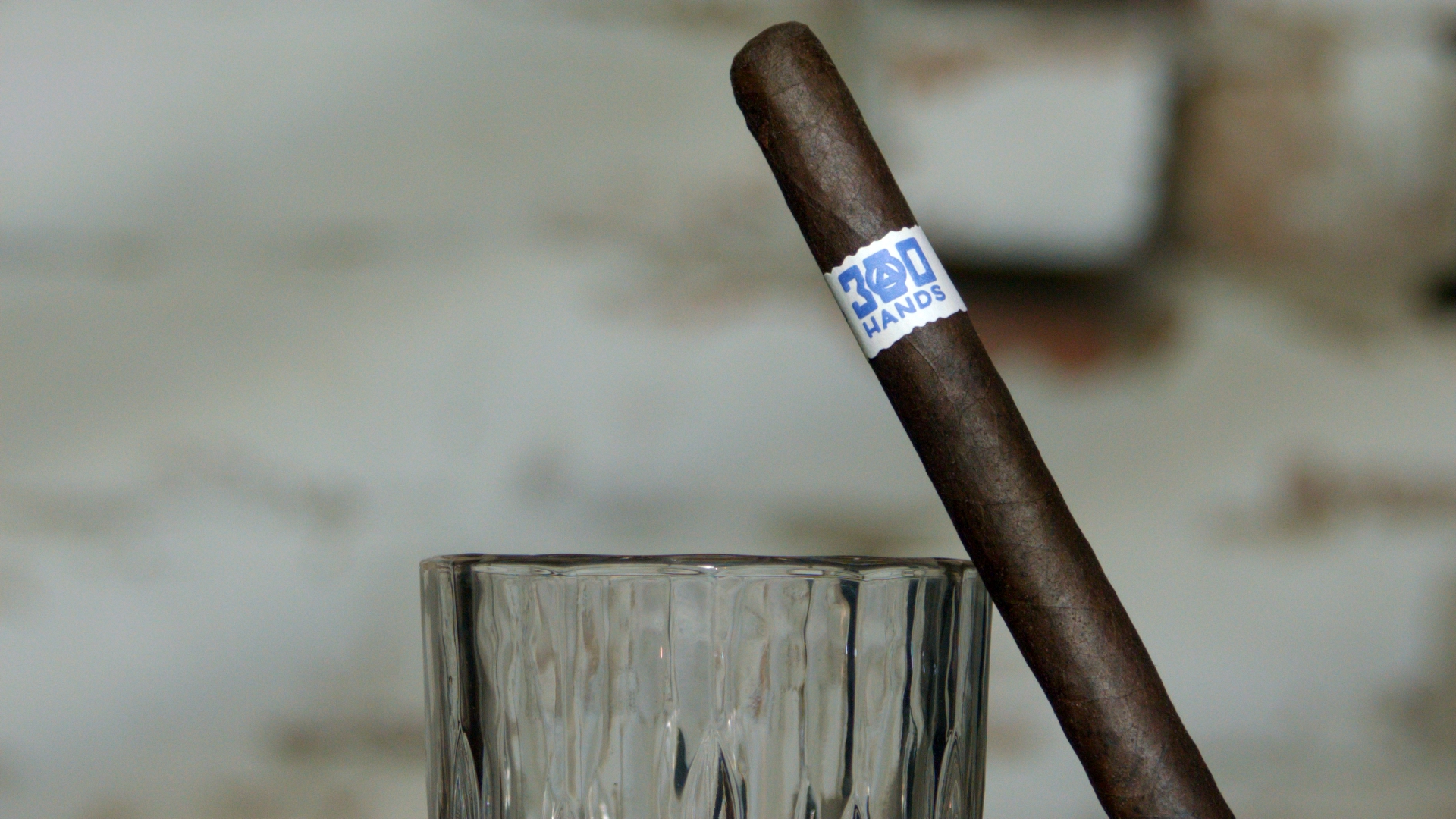 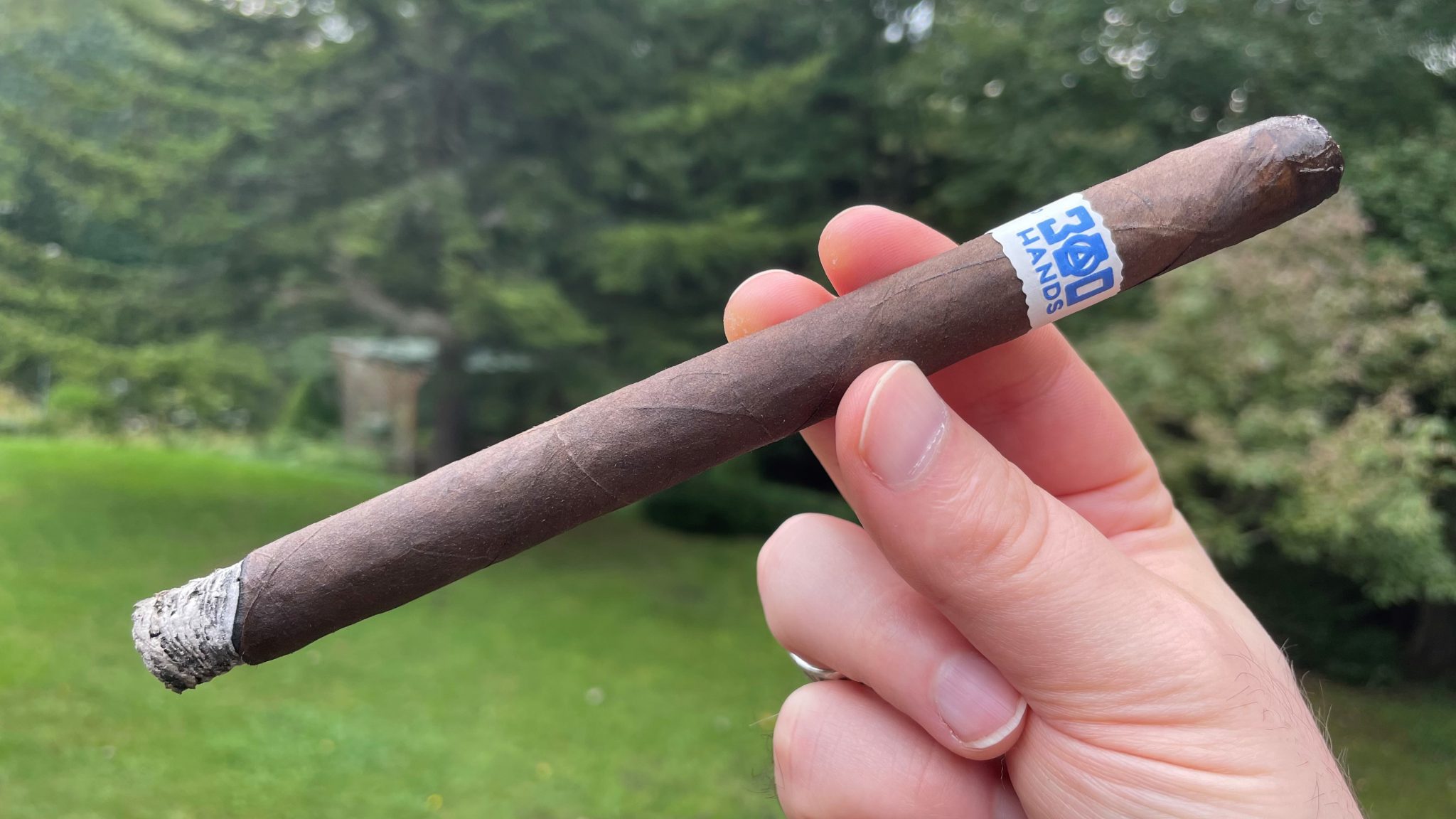 This stick has a calmer introduction than most of its Southern Draw brethren. Most of their menu appeals to stronger cigar fans, but 300 Hands Maduro feels a little tamer to my taste buds. I found flavors of coffee, earth, and leather and a touch of buttery sweetness blanketing every note. It’s not to say that it isn’t full-bodied…it’s just not going to blow out your palate, even if you smoke it somewhat early like I did. You could call this a ‘morning Maduro’ or – better yet – a great way for budding smokers to ease their way into more potent cigar territory. 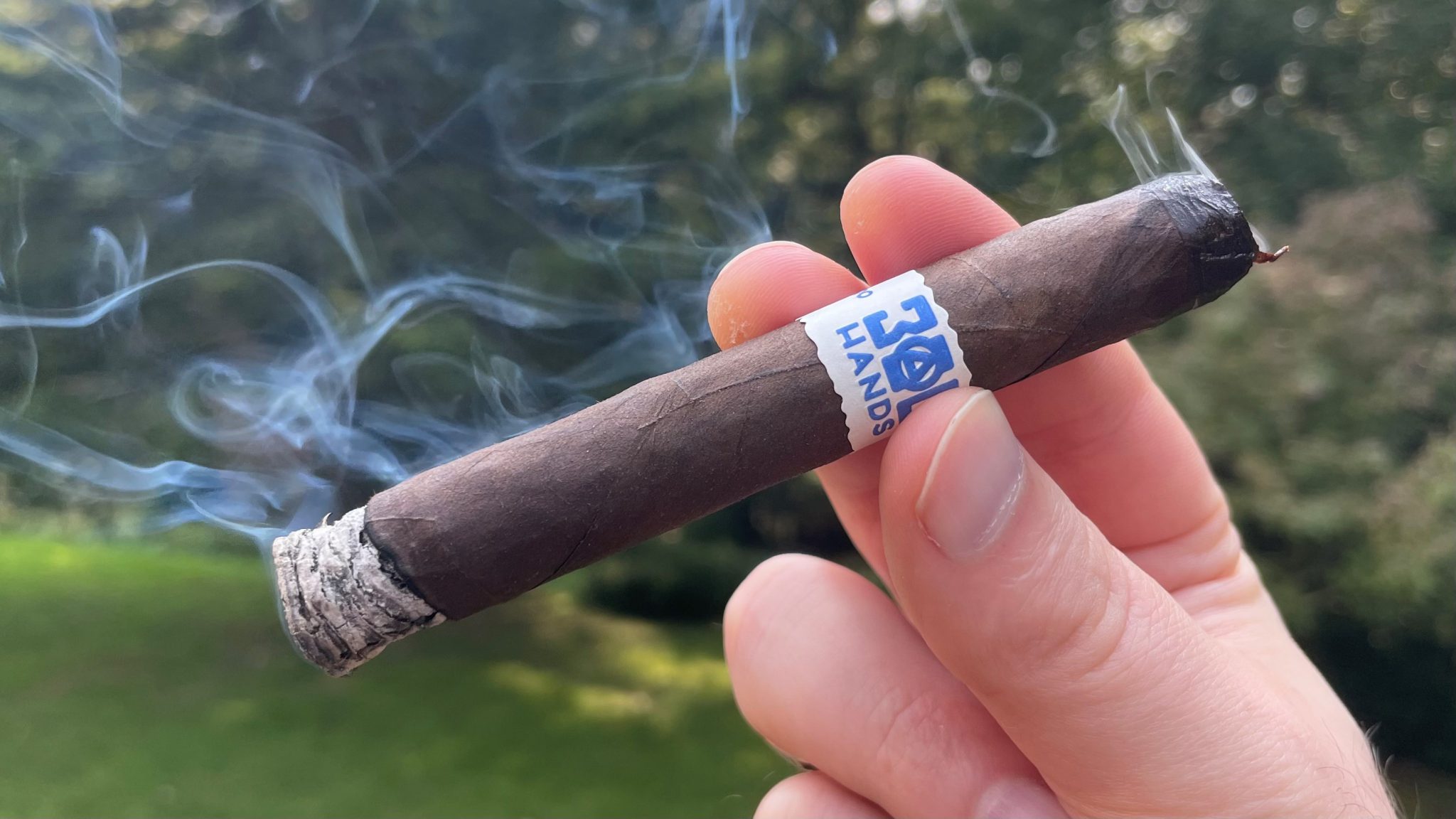 At the halfway mark, this little Lancero is beginning to build both in intensity and flavor. It’s got a subtle veggie sweetness, notes of baking chocolate, earth, and bolder coffee flavors that border on espresso. I’m still going to call it full-bodied, but I can already see the comments section being filled with folks telling me it’s medium-bodied. And if it were later in the day, I’d probably be saying the same thing. And with such a small ring gauge, there’s so much emphasis on the wrapper that you really pick up the benefits of Maduro fermentation: extra sweetness, vivid flavors, and a satisfying layer of spice. 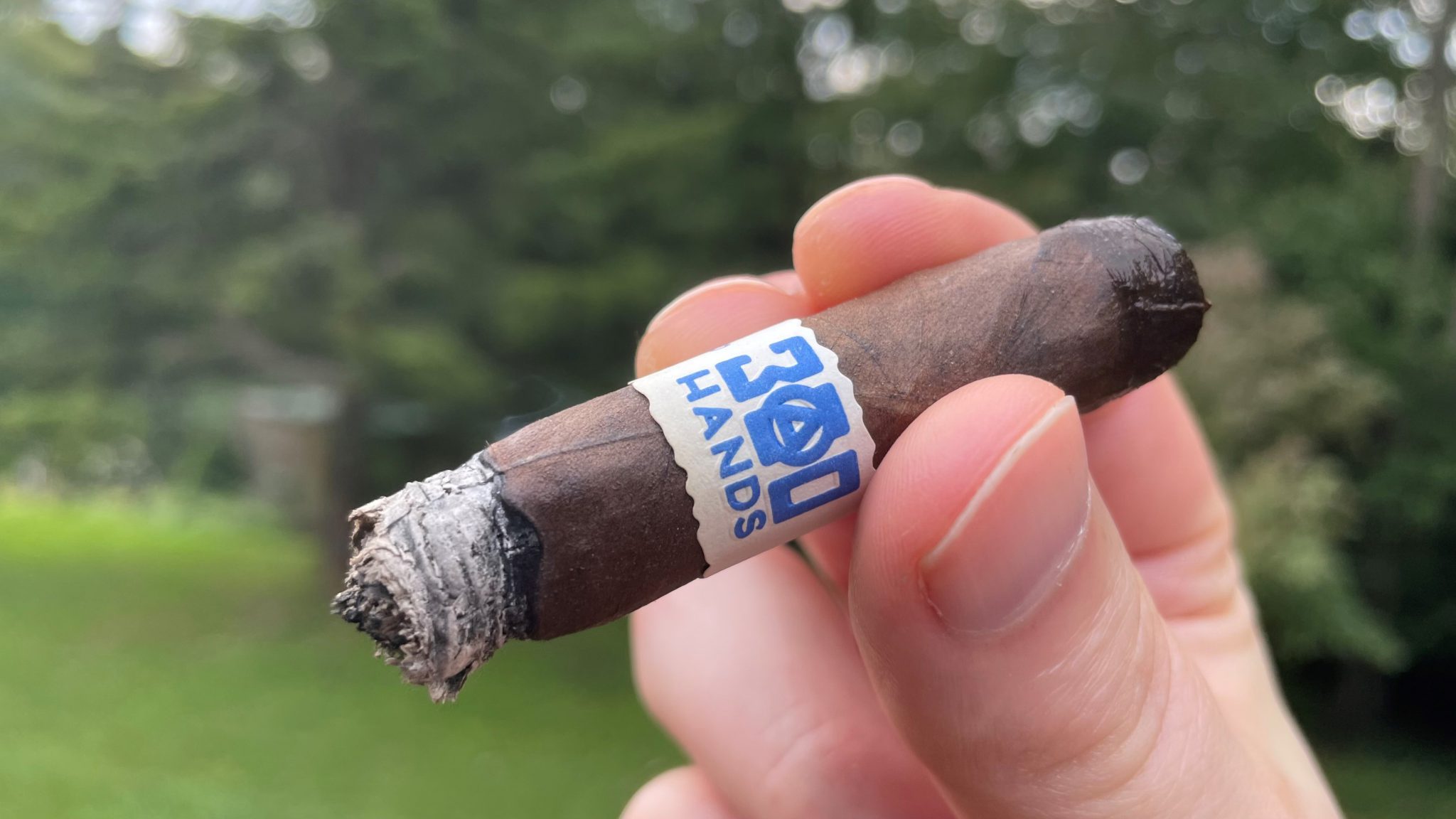 By the third act, 300 Hands Maduro has evolved into a smoke that’s more in line with Southern Draw’s stronger offerings. Bold as it may be, it’s still quite smooth on the palate. The nose is another story. Retrohaling is intense, but also comes with big rewards of black licorice, cocoa, and pepper for anyone willing to take the challenge. All in all, it’s the culmination of a slow-building cigar that eases you into the strength instead of pummeling you with it from the start. Burn time totaled just shy of 90 minutes, partially due to its length, but more importantly because of its ring gauge. I’d only puff once every minute to minute and a half to prevent the cigar from getting too hot.

What beverage pairs well with the 300 Hands Maduro Lancero?

While prominently featured throughout my sample, sweetness is still on the lighter side, so I’d pair something sweet (just not too sweet). I went with green tea this time around which both cleanses my palate efficiently and complements the cigar without taking anything away from it. If you’re going to go the route of bourbon, maybe consider a Flor de Caña Gran Reserva 7 Year and go all-in on the Nicaraguan experience. For more pairing combinations, see our Cigar & Spirit pairing guide.

Is 300 Hands Maduro Worth Smoking? 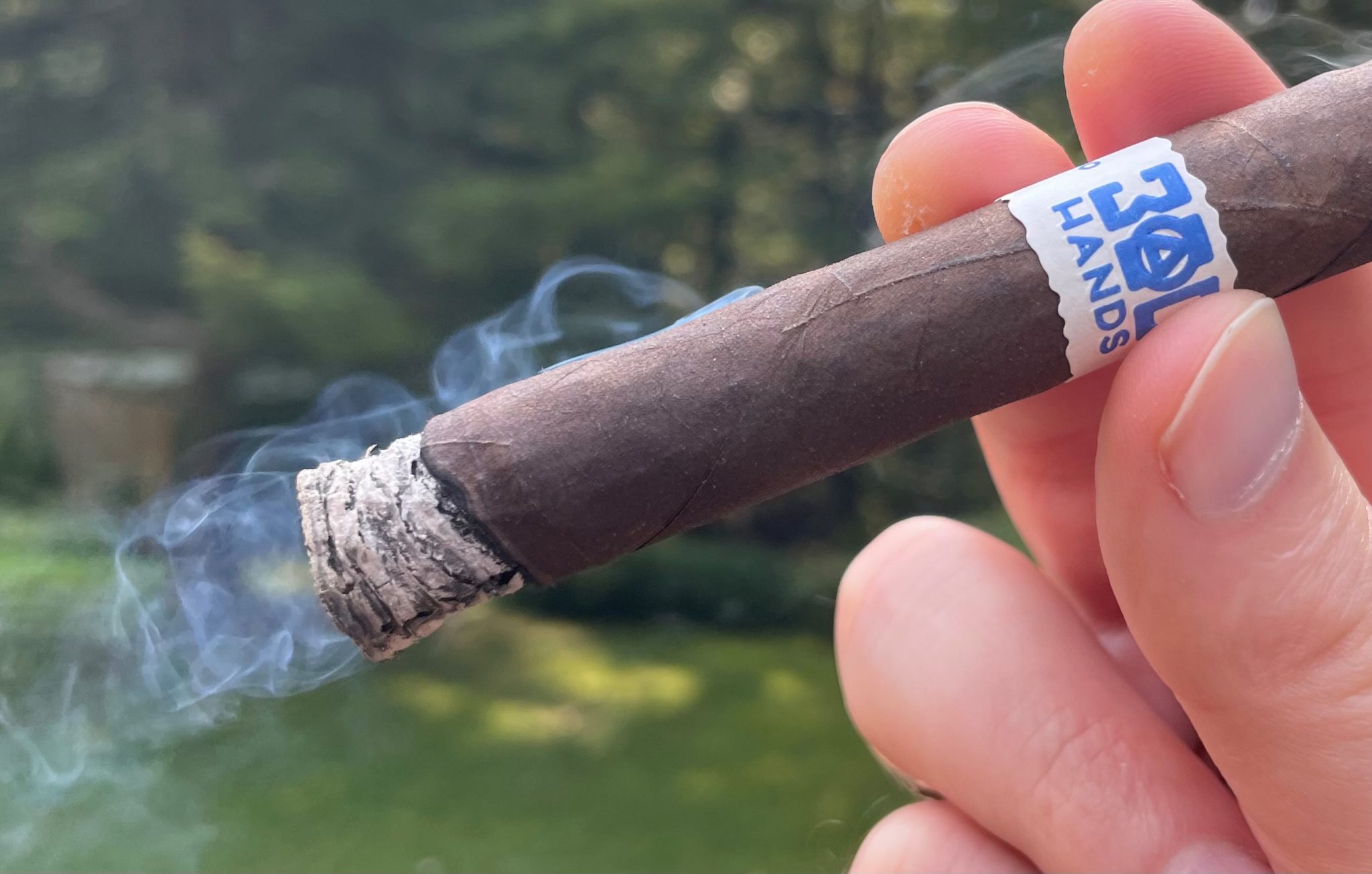 At a price just north of $6 a stick, it’s almost a no-brainer with value written all over it. I’ve smoked cigars twice its price that weren’t as good and I’d have no problem topping my humidor off with a bundle of these Lanceros – or any of their other sizes for that matter. My advice is to take your time, smoke it in cooler weather like spring or autumn evenings…even summer on milder days. One thing is for sure, it’s gonna be a hit at my backyard bonfires.